Me too, I had a few but it seemed to good to walk away from. 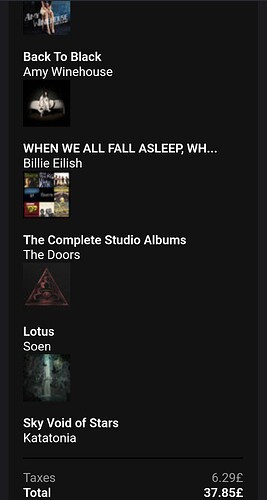 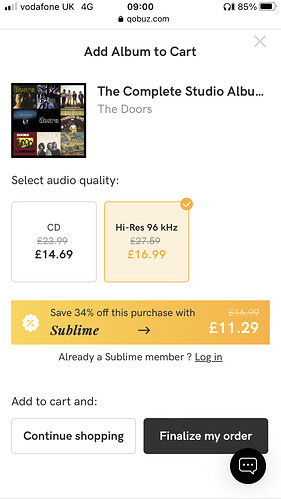 Bummer! The offer’s not available in Germany. 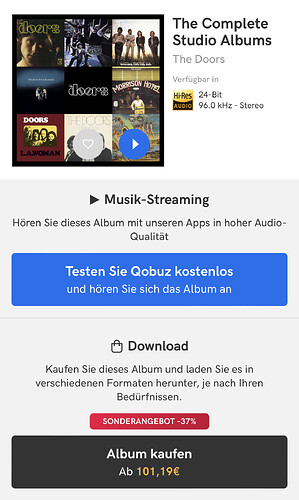 Do you experience “glitches” in the material of the Doors boxset?
Haven’t been through it all, but at 2:34 in Strange Days and then again a few seconds later there are “dropouts”, like theres a fraction of a second missing. (Both in the Qobuz version and my download)

I have not finished updating the Metadata yet so I have not imported it into my library (as I wanted to update the album names etc)
I won’t get around to that until tomorrow and I will let you know.

That seems strange, just found my first upside to Brexit…

It sounds very similar in all versions available on Qobuz, both on the box set and on the separat album “Strange days”. A tape mishap on the original digitization?
And btw, the box is recognised fine by Roon, in it’s 8 album form, that is! 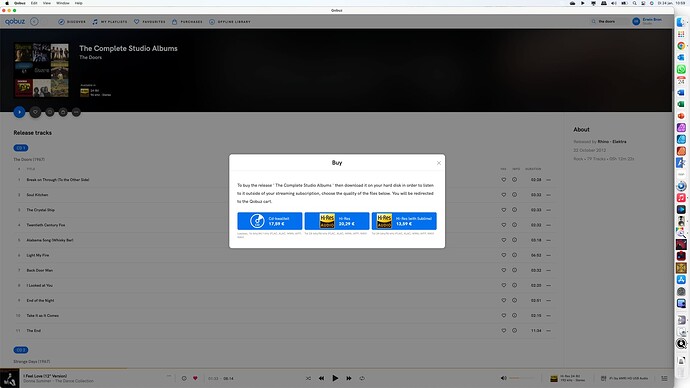 The Doors offer seems to work here in the Netherlands.

If a buy a box set I always like to break it down into individual albums. I seem to have an uncurbable dislike of box sets - apart, that is, from buying them!

Buying this, then splitting it into individual albums, took quite a while. 6 studio albums, 1 live album, 1 EP. But it was such a bargain at the time. 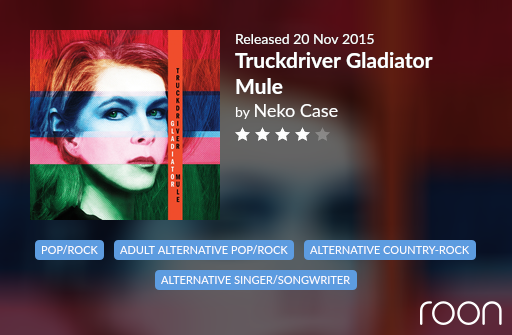 I did the same for that one. Got a few others I need to properly split out. But it’s whether I can be arsed or not.

Will check it out tonight as I am weak and just bought it.

Doesn’t work for me either. Even with vpn

On the drop outs, I seem to recall (from a discussion on Steve Hoffman) that there are problems with the original masters that are used in the “original stereo mix” editions of The Doors’ albums. In fact I recall them from playing The Doors to death as a teenager.

The 6 Jim Morrison albums were remixed as 40th anniversary editions and these dropouts were removed. However the remixes didn’t go down well with the faithful. 50th anniversary remasters used the original mixes and, as far as I know, the drop outs are still there.

I think that the versions on this box set are the 1999 remasters that were originally released on CD in the US as “The Doors Complete Studio Recordings”. They are definitely original stereo mix versions.

Have it on vinyl.

@Michael_Harris these Doors albums sound marvellous and all for under £12 bargain. Can’t say had listened to their last two albums and don’t think I will again they are not the same without Jim. But the others are still a bargain at that price.

Yes they are very good.
I already had a few, but been enjoying the ones I didn’t know.

Have it on vinyl.

Yepp, same here. I desperately needed both the vinyl and dl obviously!?!

I believe local music is very relevant! (after collecting for 60+ years)
I don’t port forward (or stream) from my server (unless on wifi at home), and opt to use Offline mode when away due to spotty internet/phone service.
I will use a streaming service to find new music, although I am fairly set in my ways (and collection).
To be able to use Roon to index and download to phone is great and hopefully, it will become my goto as time passes.

I desperately needed both the vinyl and dl obviously!

Sometimes ya don’t feel like getting out of the chair.

Lol, vinyl to look at, and a download to listen to.