@support. On Qobuz, there is almost a minute (58 seconds) of silence at the end of the final track on this album. 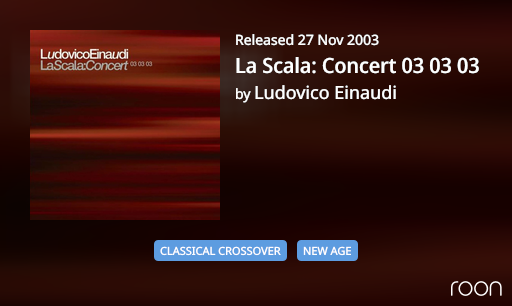 These sorts of tracks seem also to ‘hang’ roon radio with certain endpoints. The ‘waveform’ gets stuck in the long silence, and the next track is never played. I have noticed it with chromecast, but it may effect other endpoints. For example, when playing off “system output” to my headphones it doesn’t seem to happen. There is still a long annoying silence but the waveform doesn’t halt and roon radio eventually plays the next track.

So there are two issues:

I have come across this several times before with local content. But I have not posted as I just use dbPoweamp to manually trim the silences and solve the problem that way. This manual solution of course is not a option with streamed content.

Hello @tripleCrotchet, I initiated Roon Radio from the first, second, and final track of this album and was unable to produce the same result. With that being said, I’d like to know more about what you’re experiencing!

Does this happen with any other tracks? Also, I spoke to our team and Roon doesn’t currently have the ability to auto-trim silence at the end of tracks.

Hi @nuwriy. It may depend also on the endpoint. I am using 4 different ones.

I cannot remember now which one but I am pretty sure it was 2 or 3. I’ll experiment and confirm later.

So @nuwriy, it seems to depend on endpoint. This is what I see with chromecast audio: 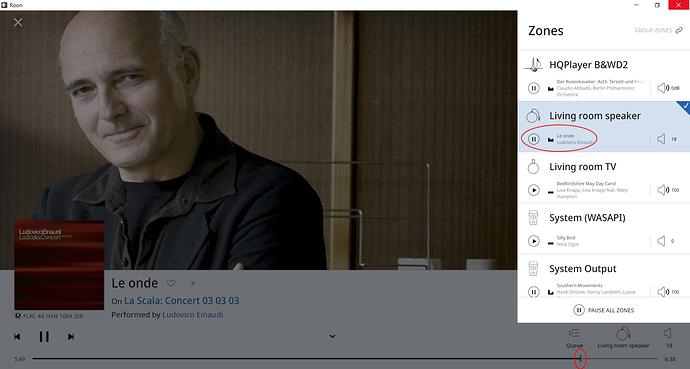 I can see the mini soundbar animation on the right going up and down. But on the main soundbar at the bottom it is stuck at 5.49 and there is no sound. Sometimes if I skip the track everything starts working again normally. Other times I have found I have to reboot the core.

I didn’t try yet with a regular chromecast but I can confirm I don’t see this effect with system out or the SOtM SMS-200 Neo.

Hello @tripleCrotchet, thanks for the clarification there, those are good details to know! I’d like to create a report to submit to our QA team. Could you please reproduce this issue one more time and reply here with a timestamp (your local time) when you do? I’ll enable diagnostics for your account and we’ll take a closer look, thanks!

Oh and please also let me know the name of the track you do this with!

I can confirm I can replicate this behavior on both a regular chromecast and a chromecast audio.

I have used the same Qobuz test track for both. The track is “Le Onde” by Ludovico Einaudi. It is 6.38 mins. Last track on the album “La Scala” with a long silence at the end. In both cases roon hangs at 5.49.

Interesting - I can also confirm this halting at 5:49 whilst playing this track on a Chromecast Audio here on my Roon setup… Track plays to the end on my other endpoints - just not on the Chromecast audio.

BTW. This is just an example. I notice it on tracks with long silences at the ends of albums. I just cannot remember the others because they must have been local tracks I trimmed with dbPowerAmp and forgot about. I have a feeling that others have come across this if they use radio a lot but they just tab forward when it gets stuck and think its something else.

Here is another example from Coldplay. Again it is the last track ‘O’ on the album 'Ghost Stories’with a long silence at the end. Roon will hang on Chromecast at 3.49 on a track of 7.46. However, in this case there is a hidden track at the end which kicks in at about 6.18. Hidden tracks like this are quite common so I am surprised more of these reports are not coming through. 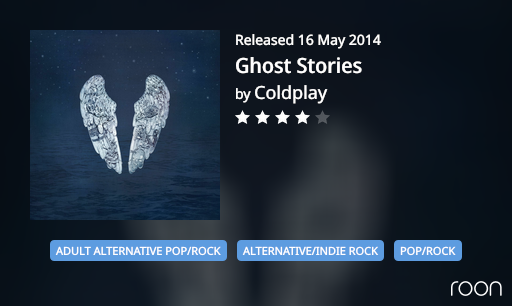 Hey @tripleCrotchet, thanks for providing the timestamps, I’ll get this information over to the team so we can investigate. @Geoff_Coupe, thanks for testing that too!

Hey @tripleCrotchet, I realize while filling out the ticket for you that I am missing some information, your help would be appreciated! Can you tell me what your core is and how your network is set up? Thanks!

Core is Windows 10. I have a mixture of Cat 6a (Netgear GS108) and wifi. Chromecast is wifi so that part of the network is wifi.

@nuwriy - here’s an extra data point for you: my Chromecast Ultra is wired ethernet (via the Chromecast power adaptor, which has an ethernet port on it). The track also halts at 5:49 here - so it’s definitely something associated with Chromecast devices, independent of whether they are wifi or wired…

@nuwriy here is another one. I see them relatively frequently.

On the last 12.27 track of this album there is a silence at the end of over 8 minutes. With chromecast roon hangs at about 4.08. 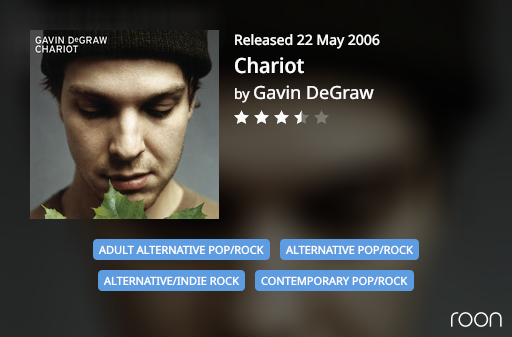 Thanks guys! I’ll add this stuff to the list.