Love the discovery genre album timeline and explore, but it could be improved! Not accurate

A bunch of Grateful Dead Dick’s Picks with concerts well before 2000 to illustrate Jam Bands albums from 2000-08 is obviously not accurate. This worked better for Acid Jazz when I first saw this feature. I don’t know why the genre album timeline appears when it does. This will be amazing if you can get it to be even relatively accurate like it was with Acid Jazz. 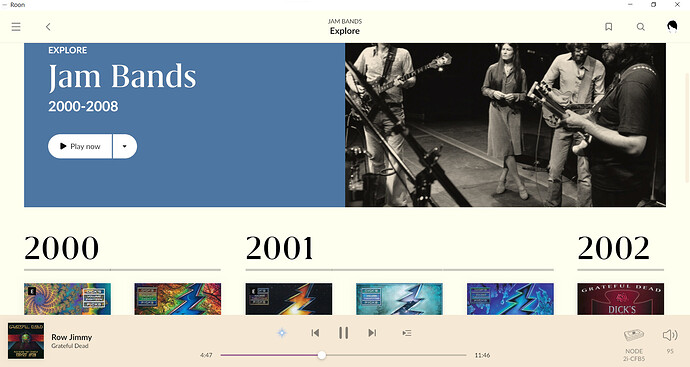 I found this in Wikipedia, Ranker and Lastfm.com, sounds like The Grateful Dead are the king of Jam Bands 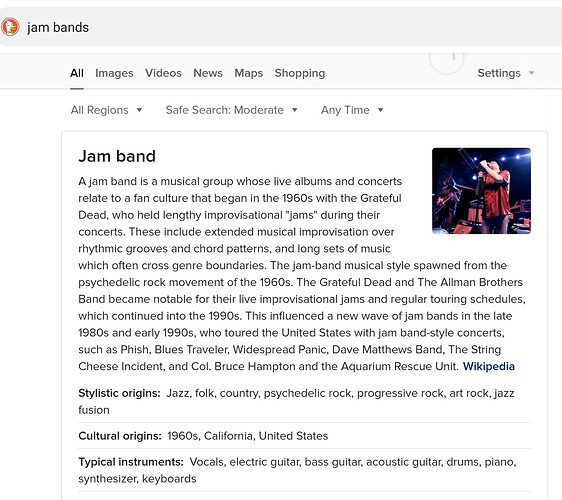 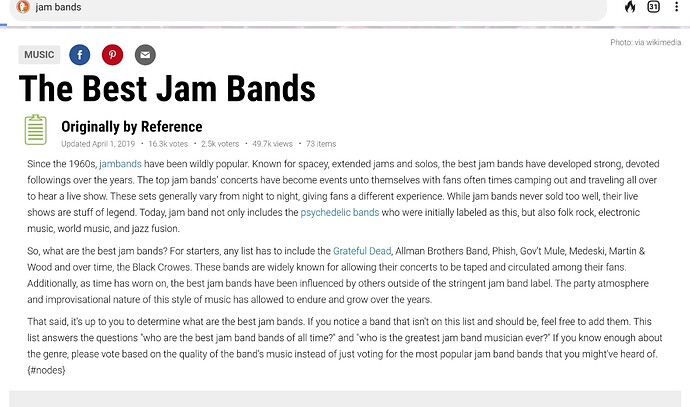 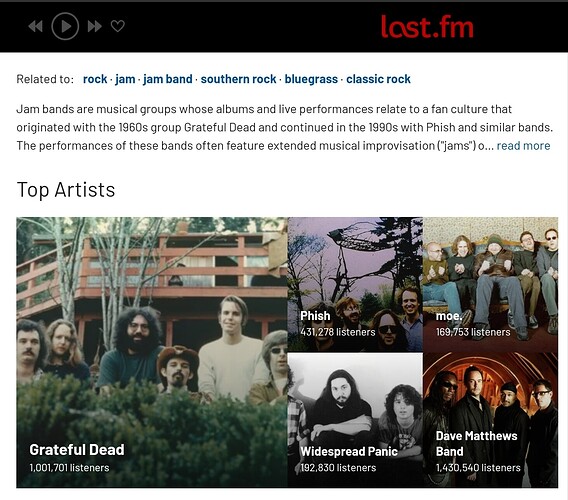 Thanks for the feedback, @sonic_fanatic — I’ve passed this along to the team.

Yes, perhaps, and as you show there are others. Dick’s Picks are live albums from before 2000 even though may have been released from 2000. I don’t see how that would represent key Jam Band albums from 2000-08.

how did you even get to that page? I can’t find any explore page anywhere in Roon. What am I missing here? @geoB do you know what this “Explore” a genre page is and how to get to it? I can’t find it anywhere. If not no worries!

yup, tried that but when I open the Genre page for Jam Bands or any other Genre, I don’t get the “Explore” timeline. Do you get it? On all genres?

But you’re right. Can’t find an Explore timeline too.

That would be cool too! I have seen a few people with the “Explore” genre feature so it has got to be somewhere. lol, they are either leaving us out or there is a 1.9 that has been accidentally shown.

@sonic_fanatic Please can you explain us where to find this timeline! Thanks.

@Jan_Willem , I just finished messaging with someone else that gets these pages and he was very helpful. I am pretty sure it is a Tidal thing so it only works if you are signed into Tidal in Roon. For him, the Explore genre option is just at the bottom of some artist or album pages similar to the “groups formed in” or “collaborators” sections for example.

I’m pretty sure I’ve seen it a few times with Qobuz, but I’ve been trying as well - with no luck on this build.

I hardly ever use search>genre, and believe as you mention it was via artist pages. 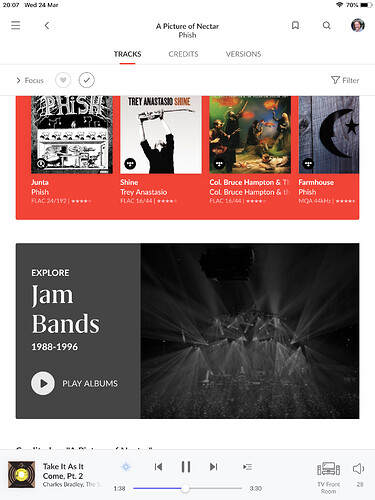 Perhaps, I’m recalling it from Roon’s live demo of 1.8, and they used TIDAL?

Oh… via an album! 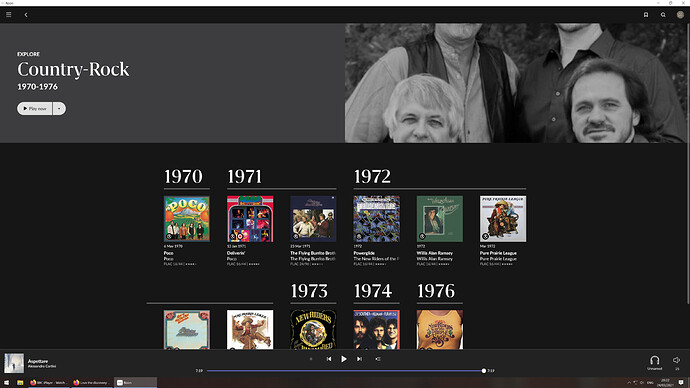 The ‘selected albums for genre’ panels on an album seem to be much more common now: 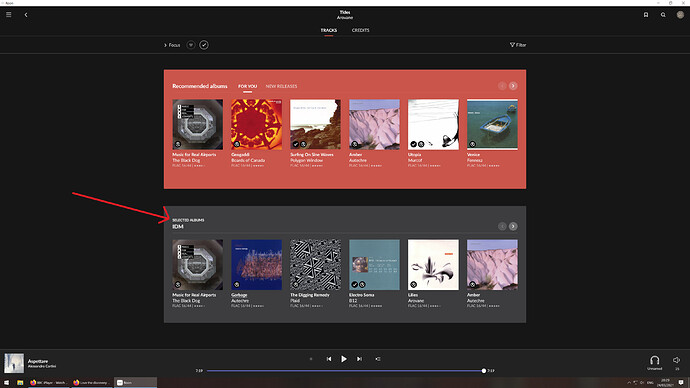 Is this extensive coverage new to build 778? I only think they appeared occasionally in the previous 1.8 builds. But that is possibly due to which albums I’m looking at now - better known, as I look for the Explore screen.

I’m assuming they are providing a similar function to the Explore screen?

Don’t know why but it shows up on the album page for disc 3 of this album/box set. It’s got to be produced based on what’s in your library but as I mentioned above the feature is horribly wrong if you wanted to know what Jam Band albums were worth exploring from 2000-08. That is, unless you think a bunch of Dick’s picks released during that period define what a Jam Band is. What a long strange trip this is… 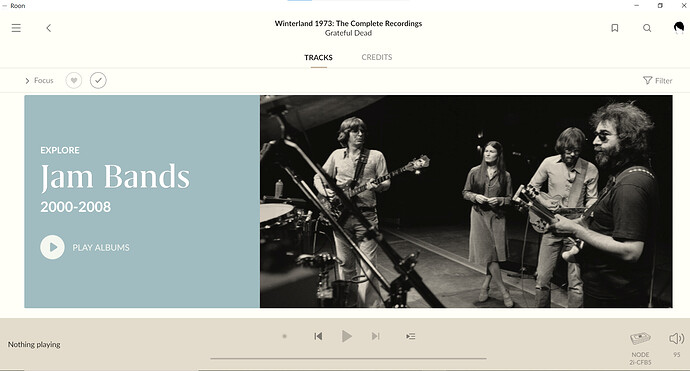 But are any of you that are seeing this feature using ONLY Qobuz? Or do you guys have Tidal, or Tidal and Qobuz? I would still like to confirm not having Tidal is the Issue before opening support

I have Tidal just like you (no Qobuz). Search for the Grateful Dead album 'The Closing of Winterland: December 31, 1978". On the album page scroll down untill “Explore Jam Bands” is visible. Click on it and see…

However only Grateful Dead albums in the timeline…