On the “House of Flying Daggers” soundtrack album, Kathleen Battle is definitely not (thank heavens) singing these lyrics, which seem to have strayed in from some other genre entirely… 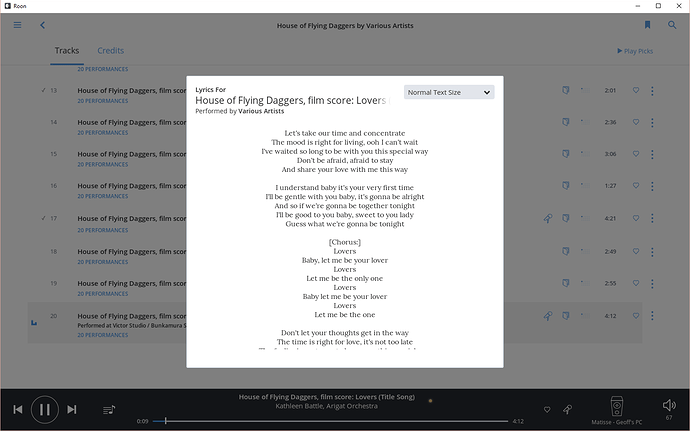 I notice it says “20 Performances” under every track which is the same thing it says for the same album in Roon on my computer as well. My question is why? because I don’t have 20 performances of that album. Not to mention it splits the album into three albums for me even though the name is exactly the same.

On my system, this is a Tidal album that I’ve added to my library, so all the metadata is coming from Roon’s online service. I suspect the “20 performances” error lies there (I note that the album has 20 tracks - this may, or may not, be coincidence).

If this album is being split into three on your system, then I expect that you have the album physcally in your own collection. It may be the metadata in the individual tracks that is confusing Roon. You should be able to tell Roon to merge the three albums into one.

I have had quite a few cases of incorrect lyrics appearing. Typically lyrics from the wrong song, but something I do have in my music library. It is occasional, so I haven’t sussed out exactly what is happening. 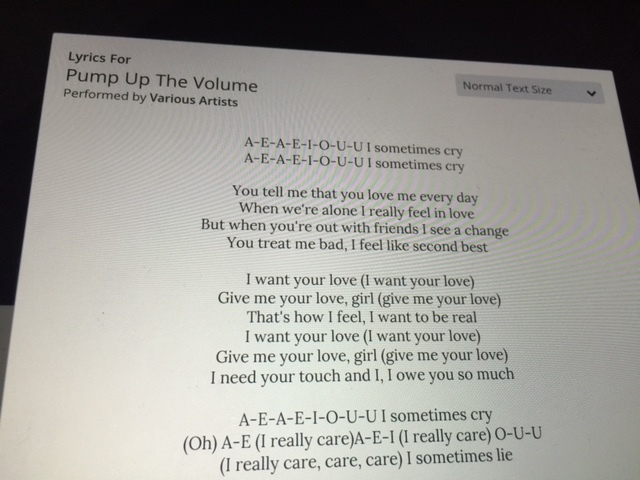 Also note the crew behind this top tune, they are known as ‘Various Artists’, I’ve got a lot of their stuff.