Description of Issue
Now that Mac OS Catalina is released can you tell me how to import iTunes playlists?

We are aware of some issues on macOS Catalina related to file access and security. We’re hoping to have a fix live soon, but for the moment we are recommending against updating to Catalina for Roon users who run their Core on macOS.

Roon is not able to access the storage with external device (via thunderbolt hard disk) after the Mac OS updated to Catalina.
Is there any setting we can to fix this under Catalina?

As @Blackjack noted, there is an active ticket with the dev team regarding Catalina and external storage, but for the general iTunes + Roon setup information, this can be located in our iTunes Documentation.

How do I import the plylists?

There is no XML file in cathelina

I’ve been reading somewhere that you still can manually export the library to xml file from within the Music app. You may have to reexport every time something changes.

Can’t try myself, no Catalina here yet.

Tried exporting
But does not work

I believe the old export to XML feature in iTunes has changed (or is no longer available) in the new Music app. Third-party programs can no longer access it.

i have read today, that there is a stop to the access of the new “music” app .
what was possible before is not possible after the update to Catalina .
so apple suggests for anyone who depends on that to wait till third parties are able to change their sw accordingly
there will be a way to automatically export playlists etc etc, but the will take time

its German, but there’s google … 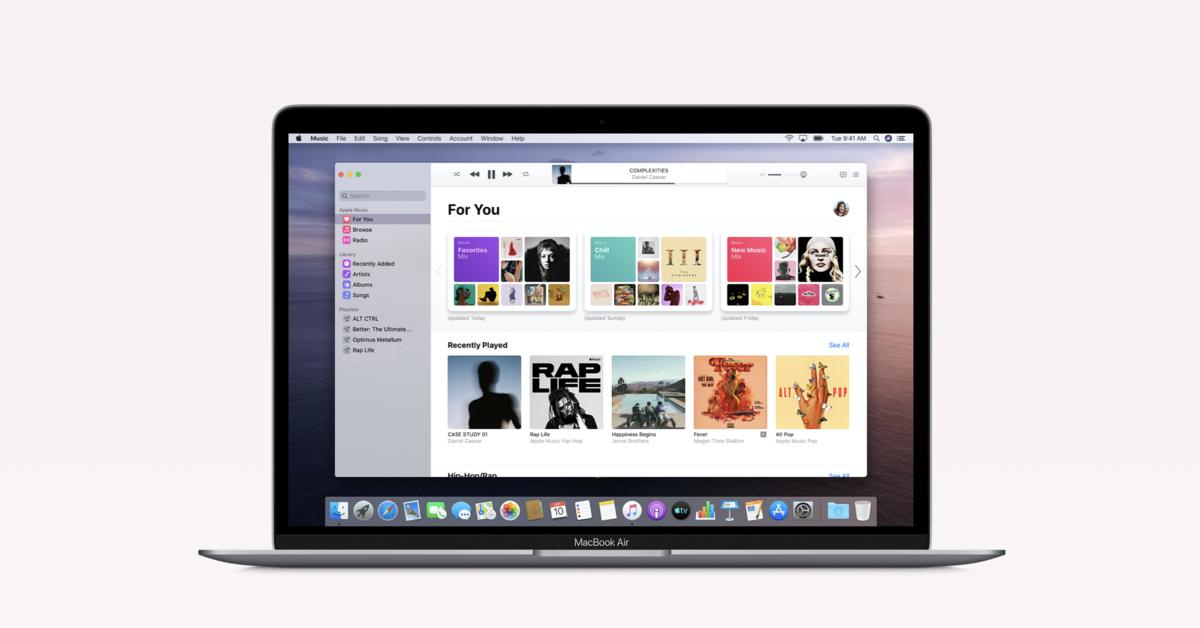 Hi @Dilip_Sreshta & others following this thread,

I have requested that our technical team take a closer look at this behavior in the lab and attempt to reproduce your findings. I will be sure to update this thread once I have more information to share.

You have to export the library and rename it to iTunes Music Library.xml I’m Music Folder.

Hi @Edward_Curiel & Others following this thread,

Since we released build 475 which addresses a few Catalina storage issues, you shouldn’t have to perform this workaround anymore. If you still need to rename your music library to be imported properly into Roon, can you please let me know? 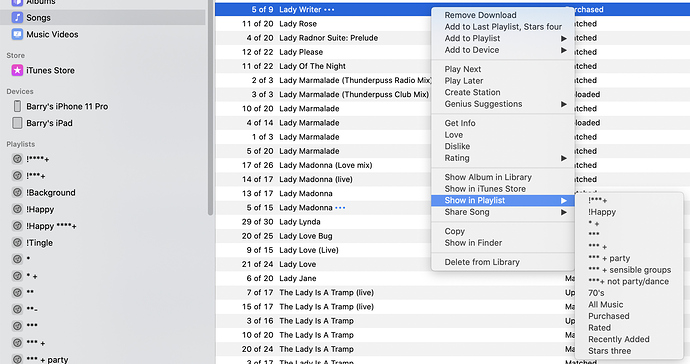 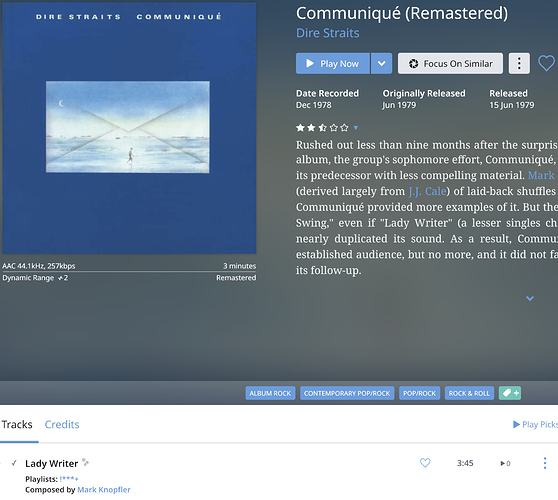 Yet, for example, !Happy is showing in Roon: 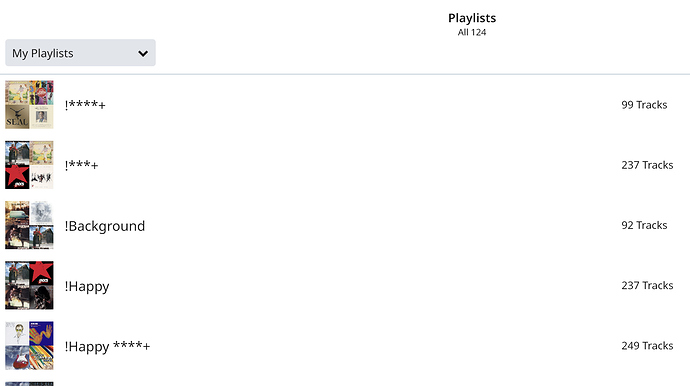 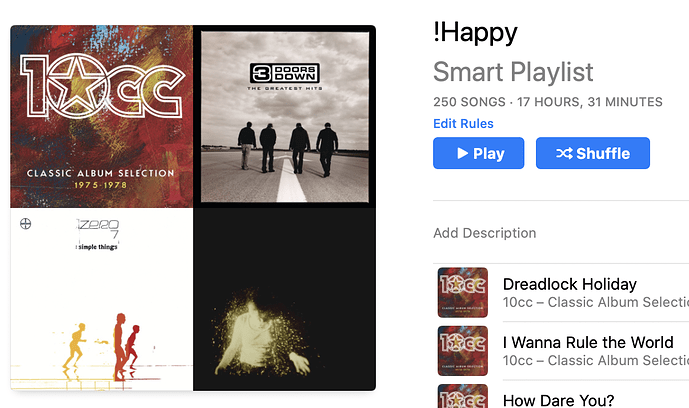 Any idea what’s going on?

Which playlist files, exactly, is Roon scanning in the Music folder?

Hi @noris, I think there are two separate problems here.

Firstly, I think that the Apple Music app stores its library and playlists in Music Library.musiclibrary and that Roon does not scan this file. Roon was displaying some old playlists no longer present in Music and not showing newer playlists. I exported the Music library to iTunes Music Library.xml to work around this problem.

Secondly, Roon is missing some tracks from playlists. For example: 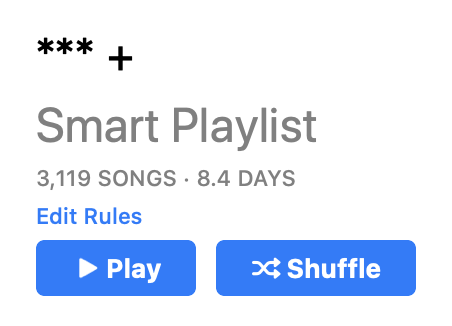 Via Excel exports and Vlookup on the file path I find six (why not five?) tracks in the Music playlist missing from Roon:

These tracks all exist in Roon but five are missing from the playlist: Fanm actually is in the playlist even though Vlookup fails to match the path (hence six paths rather than five).

My hypothesis is that it’s a character encoding problem: these paths all have non-standard characters.

In support of which, these two filters on e-acute on the same column in the Roon export path lists are clearly not the same character: 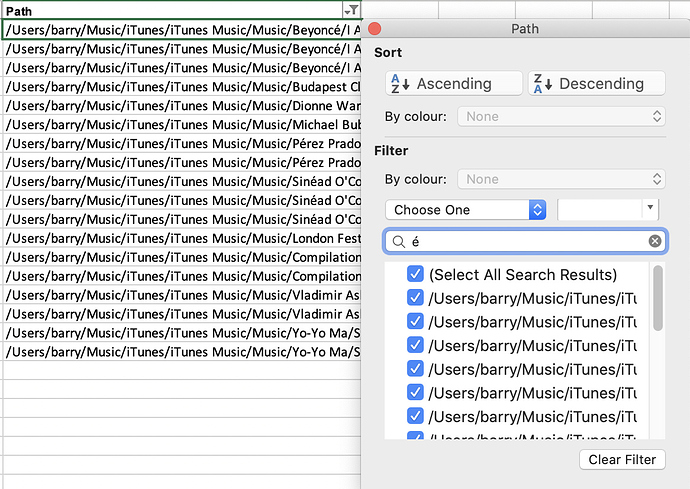 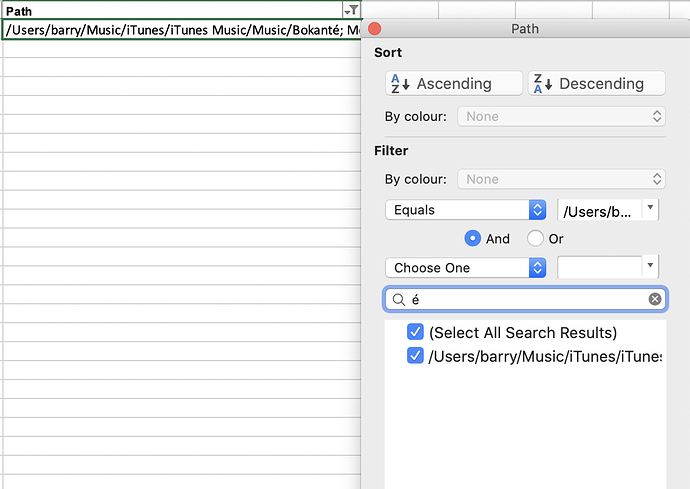 My hypothesis is that it’s a character encoding problem: these paths all have non-standard characters.

I would like to get you .XML over to QA for a closer look, can I please request that you send this to me via Dropbox / Google Drive?

I spoke to the QA team and they believe this could be due to the accented characters, as you suspected.

We filed a ticket for the dev team to look further into this issue, but unfortunately I cannot provide a timeline of when this will reach the queue, it may be a while.

If you rename all the characters in the file names and .XML does that help get them imported into Roon?

Thanks, @noris, I’ll find some workaround.

What about the original topic of this thread: Roon is not scanning Music Library.musiclibrary, the file updated by the Apple Music app?

For the Music Library.musiclibrary you should perform the following:

In Music.app, go to File > Library > Export Library, and then save the “Library.xml” file in your ~/Music directory.

Ensure that you have “Import iTunes Playlists” enabled for the Music storage location in Roon.

Once you have done that, does you iTunes library import properly?

Hi @noris, yes, that works fine. But previously Roon would stay synced with changes in iTunes (eg to smart playlists). Now it syncs only manually.