I’m hoping the issue on my MacBook Pro is temporary. It’s barely usable.

Is Roon currently in the process of re-scanning the library? If so, that may be why things are a bit slower than normal.

When I reported Core was re-scanning, but the severe slowness is on the Control I’m running on my Macbook Pro. Now it looks like the scan has finished but the Control’s interface is still very “stutter-y” if that makes sense. I can still see CPU utilisation over 50% (30% GPU) just scrolling through pages of albums list.

Anything I can do to provide more insight to what’s going on?

Can you record a video of the stuttering that you see as you scroll?

Since updating have you tried rebooting your device?

Right after a fresh restart, I used Quicktime Player’s screen recording on the same machine, if you think that this may exacerbate the issue, let me know I can try a record with an independent device.

First part of the video on the album detail view, I’m doing smooth “up and down” swiping gestures on trackpad with 0.5 second interval.
Second part on album list page, same cadence but left and right sweeps. Please note the animation frame skips between pages and animation for end of the list on the first page.

Thanks for the update @dylan!

Hi @dylan may I ask if you guys have received the report?

Sure thing, please find the link below for the logs I gathered from the Macbook Pro (that runs a Control) that exhibits the stuttering.

Please let me know if you’d like to have the logs from the Roon Core (that runs on my Mac Pro) or the other Control on my work PC as well.

Thanks for giving this attention with other Support posts raining in after the upgrade, really appreciated!

Thanks for sending that over, @Yargi_Erel!

Please keep in mind that the technical team queue will be a bit delayed due to the holiday weekend, but I’ll be sure to reach out ASAP once I receive their feedback.

Was wondering whether this had a chance to get any attention at all last week? Please let me know if there’s anything else I con provide to aid the investigation.

Apologies for the delay here! This is still with the technical team and I’ve requested an update from their investigation. I’ll be sure to reach out once I hear from them.

The team is looking into this, but we are hoping you can verify something — Does the sluggishness go away temporarily if you reboot the MacBook? Or is it sluggish even with a fresh startup?

Thanks for the update. I’ve just done a test. The behaviour is the same right after a full reboot.
I’ve done some further tests, the only thing seems to alleviate it to a degree is to force the the system to discrete GPU. 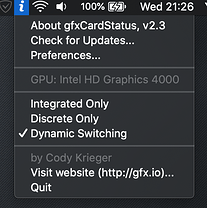 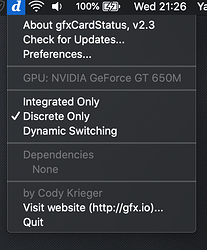 Have you guys chanced anything from v1.6 -> v1.7 that will require a lot more GPU resource that only the discrete GPU can handle?

Do you have any help bubbles (similar to when you first start Roon to help you navigate the app) or a spinner in the upper-right?

Negative for both on Control running on the MacBook. Don’t think I’ve seen the bubbles upon v1.7 upgrade. Spinner was present for a while after the upgrade as the Core was upgrading its database.

Apologies for the late reply, please find the screenshot of the settings below. 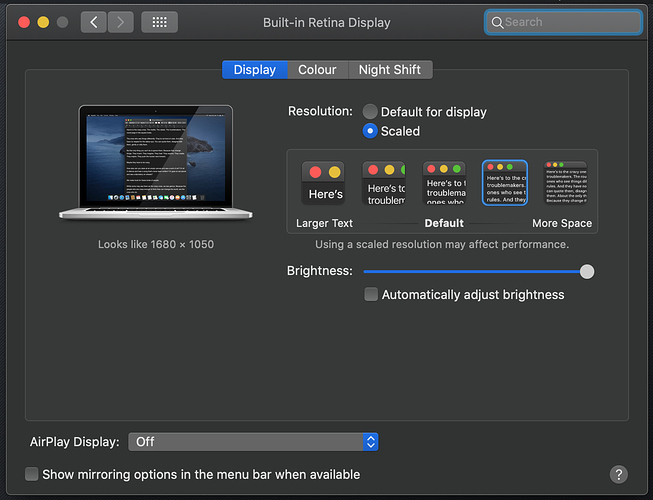 I have a meeting scheduled with the dev team this week and I will be bringing this report to them then. I’ll be sure to follow up once I’ve discussed with them.