I’m currently using a 2011 Macbook Pro as my core, however I got tired of turning on/off the laptop when I wanted to open Roon. I finally decided to let the computer run without shutdown. Now my remote access is always available. How long before my Pro dies?

How long before my Pro dies?

It’s hard to predict - if I could predict, I’d also be able to pick the next winning Lotto numbers 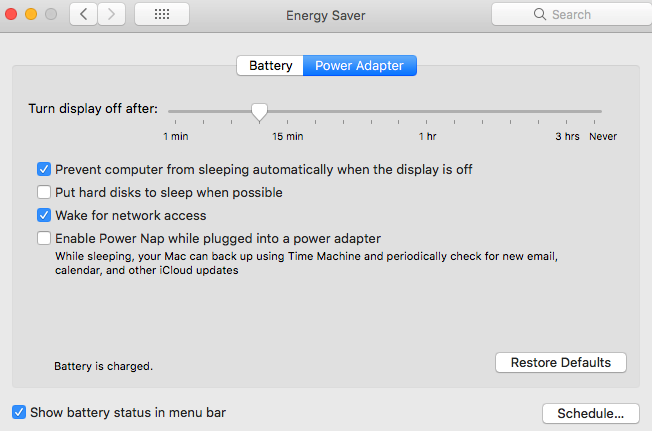 My core runs on a 2011 MBP, been running for almost a year with no issues. Previous to that it did duty for 4 years hooked up to a DAC for Spotify and as a Plex server.

All that time it had the lid shut, using an app called NoSleep to stop it sleeping. Still works perfectly!

Always been a debate as to whether continuous running or power cycling is best for the long term.

Thanks gents! It running until I can afford a Nucleus+.

It’s a probabilistic thing. You’re already well past the conservative life of a hard drive (even enterprise rated ones). If you’re going to continue to use it, be sure to keep reliable, frequent, tested backups.

I’ve seen many people try to use a backup (not specific to roon), and find it unusable.