Did I overlook it in the past or is it new?
My MacBookPro appears twice in the Audio overview,
one as roon (MBP) which I use as remote and
second as other network devices, which I never use, I don’t even use Airplay ? 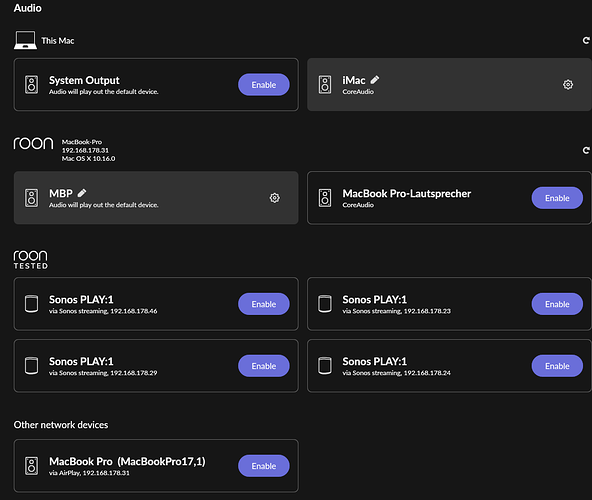 Apple is now exposing all of their computers as if they were AirPlay speakers.

You could use that AirPlay device to accomplish grouped playback between a computer and AirPlay hardware devices, and some people might want to do that, so we are going to leave it accessible in the app.

That read I assume there will be no conflicts between 2 devices with identical IP address ?
Thanks a lot!