Tracks 13-16 of this album (identified) wouldn’t group into a composition. I have added WORK, COMPOSITION, PART, and MOVEMENT tags and named the track consistently, but Roon seems to be picking up it’s composition definitions from the album. 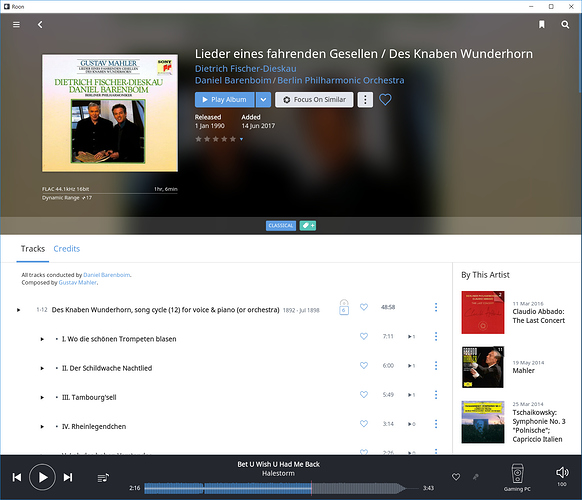 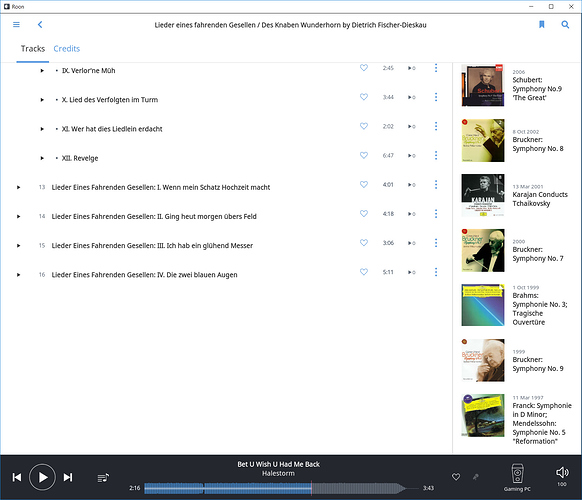 I forced the album to become unidentified, rescanned the files, and that seemed to fix the problem. I was them able to re-identify the album with a different version found in the search box.

However, this appears to have caused a corruption with my merged compositions. When I click on the “Des Kanben Wunderhorn” composition (single): 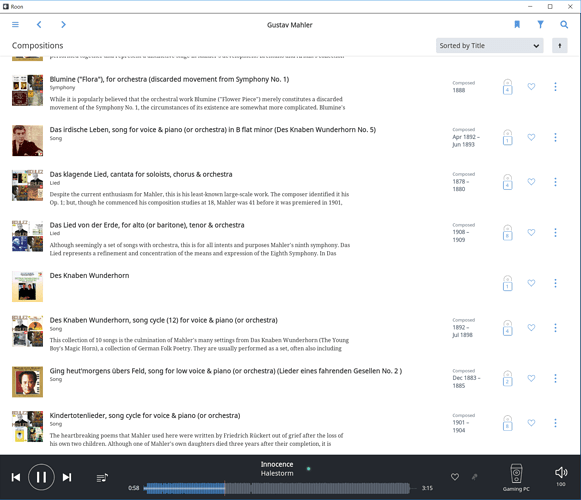 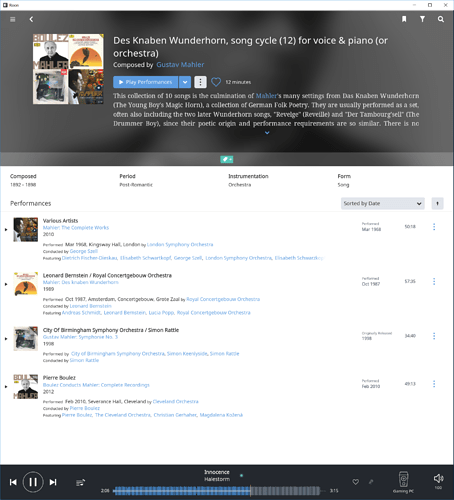 image.png1695×1866 619 KB
This is the list of 4 recordings of this composition correctly grouped together. However the 5th version (the one I clicked on) is missing and still shows as ungrouped in the composition list.
I have unmerged everything related to this compositions and all recordings of it and then remerge and the problem persists.

Ideally, the original version of the identified album would have grouped the files correctly. When I used that version the original probable returns. When I use no version (album unidentified) or the other version from the search, compositions are correct but can’t be made to group correctly with other recordings of the same compositions.

I have the same problem with this album (ripped from CD) The Wunderhorn songs group nicely but not the Wayfarer songs.

If you inserted WORK/PART tags and then told Roon to “Prefer File” for “Composition/Part Grouping” it should be fixable. Sounds to me like you only did the first part.

That did the trick - thanks!