I ripped a CD of poetry into iTunes and then entered the track names and other metadata manually as the CD could not be identified. For some reason the track names did not make it into Roon. I move the folder out of iTunes, cleaned the Roon library and put the folder back to no good effect. I expected that Roon would have capture the work I did in iTunes.

Thanks for the report,would you mind to give us the exact steps you did. So we can reproduce this in-house.
Can you please also add info about you setup and iTunes ver which is being used.

I ripped the cd using XLD into FLAC files and then manually renamed them. The folder is attached. 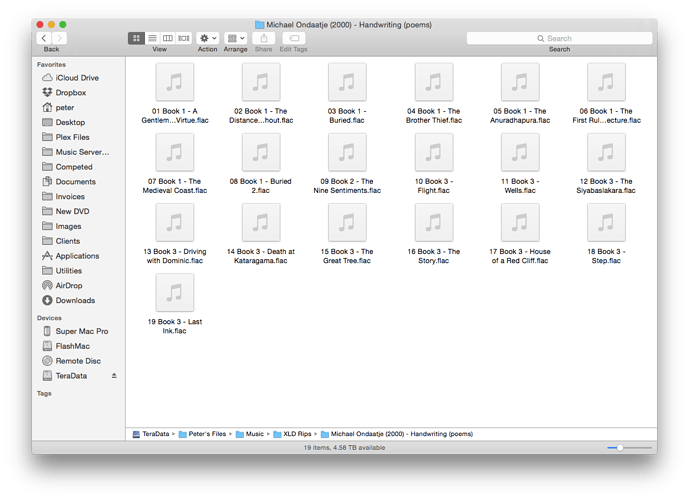 I then dropped the folder into my monitored folder without any luck. I then converted to WAV and imported into iTunes. I then cleaned up the metadata. 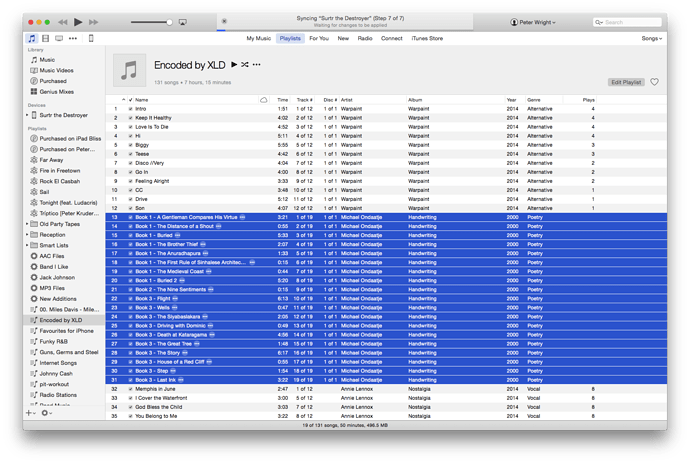 This is what I get in Roon: 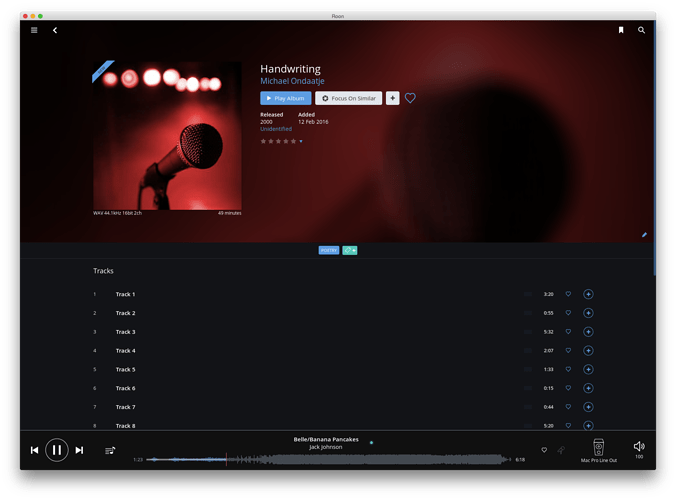 The iTunes folder is monitored as a plain folder.

Can you take a screenshot of the file tags? I have a feeling that they weren’t saved into the file.

Is this what you need? 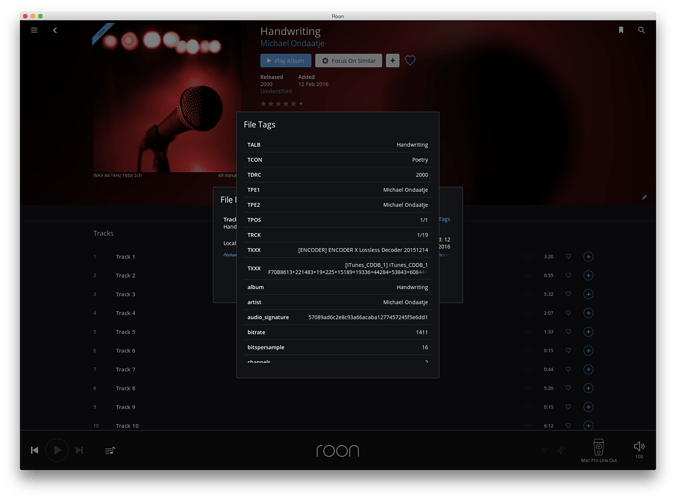 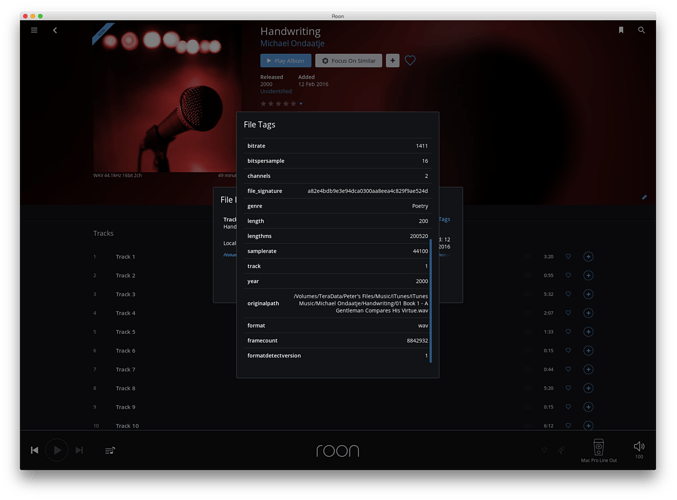 Hey @pwright92 – in most cases, WAV files don’t have tags but it’s not impossible. Whether iTunes can save tags to WAV files I’m not sure, but the fastest way to understand what’s happening here is probably for me and the team to get a look at the files.

Can you upload one of the WAVs to Dropbox (or similar) and PM me a link? If you don’t have anywhere to upload them, let me know and I’ll get you some instructions for uploading them to our server, ok?

I went through this pre-Roon. iTunes does not save metadata to WAV files (at least did not two years ago). Changes made to metadata were stored in its own database but not written to the WAV files.

Thanks, I converted to ALAC and that fixed the issue. The original issue still exists from when I imported the FLAC files.