Is there a way to manually group several tracks from an album as a “work”? These would be tracks that one would rarely want to listen to separately because they don’t stand on their own very well, or they were originally composed and recorded for gapless playback on LP or CD. For example, the last nine tracks of Abbey Road: 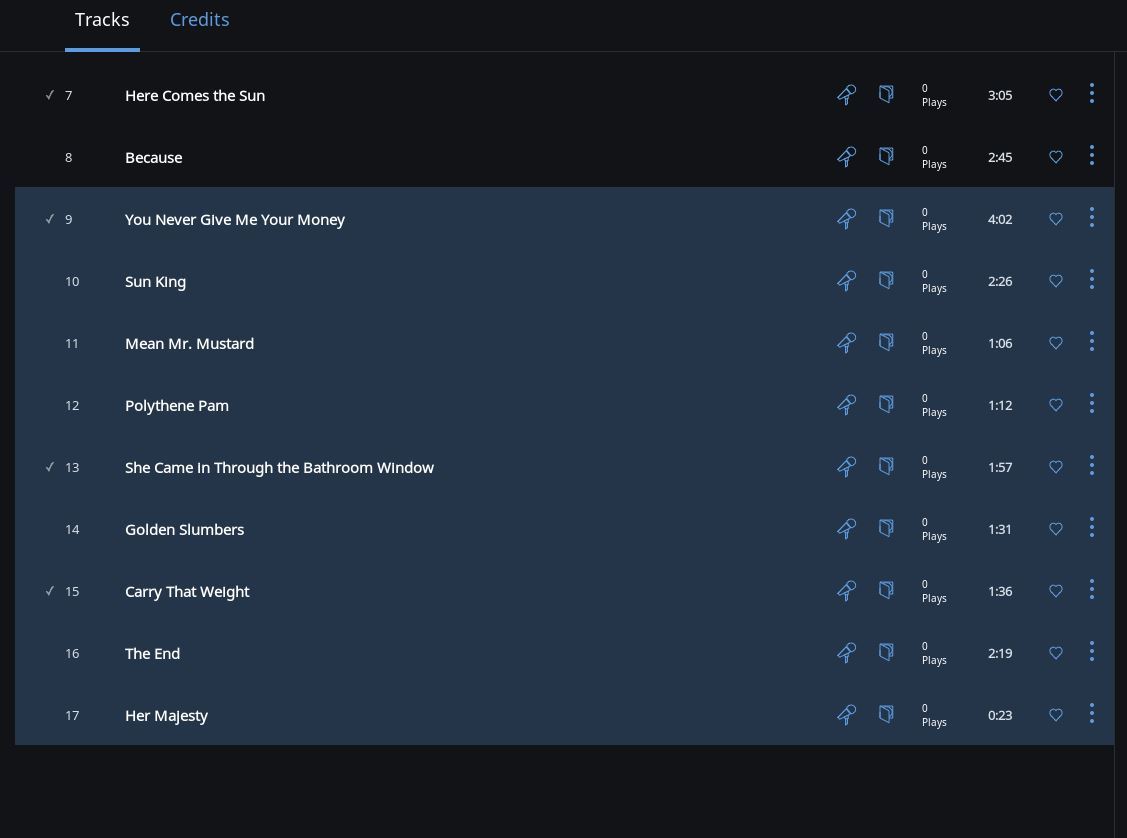 or Sweet Thing/Candidate/Sweet Thing (Reprise) from Diamond Dogs, or the entire B side of Neil Diamond’s Tap Root Manuscript. I expect they would end up looking something like the film score from The Lion King: 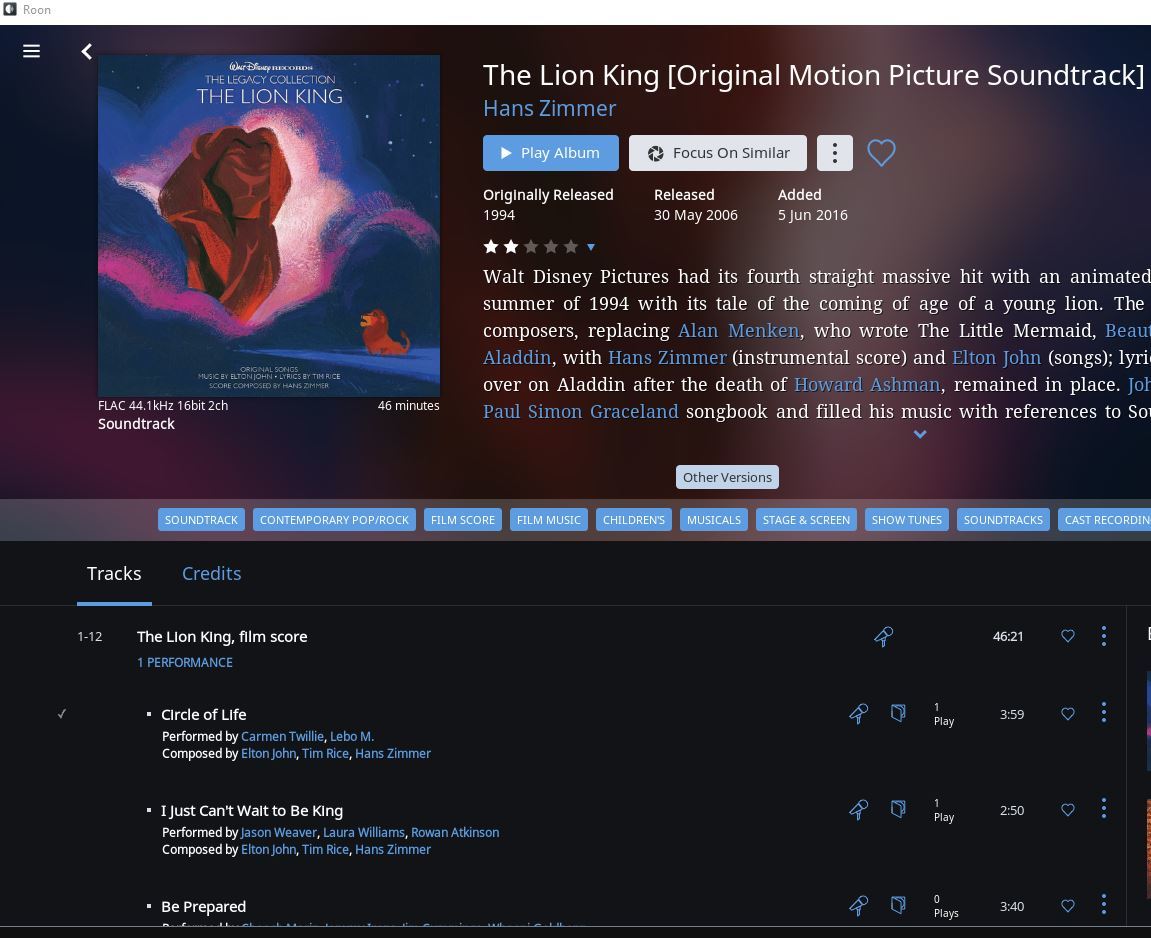 If not, I would like to add a feature request.

EDIT: In the past, I have manually stitched together the tracks in Adobe Audition, but it would be easier and faster, and they would display better, to have them connected in the Roon database in some way.

I take it from the lack of responses that this should be a feature request. If a moderator would please be so kind as to move this topic over there, I’d appreciate it. Thanks!

You can change the thread to Feature Request. Click the pencil next to the title at the top of the page.

I successfully grouped tracks on a Marillion Album. I described the process in this post:
https://community.roonlabs.com/t/marillion-fear-clumping/15403/6

I hope it will work for you as well.

Your method works great! But I think Roon has a bug when using your method. As long as only one version of the album is in the Library, or if multiple versions remain separate entries and are not grouped, then the method works. However, if you group alternate versions, then the method fails. For example, I have a 24/96 version of Diamond Dogs ripped from SACD, and a 16/44.1 version ripped from CD. Track numbers and titles are identical and Roon properly identifies each version. Images below: 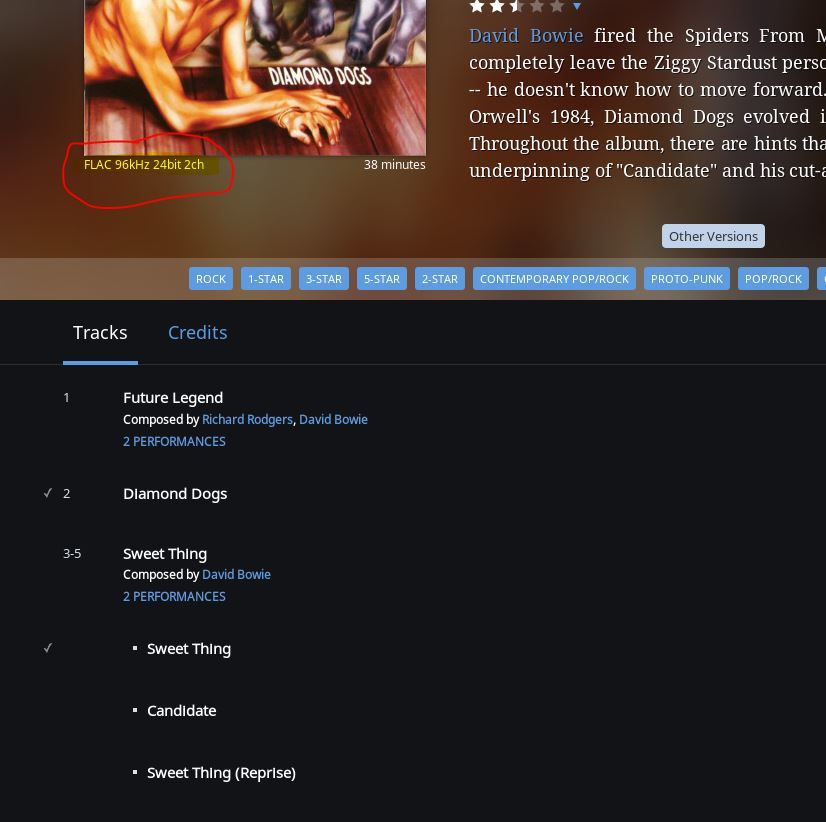 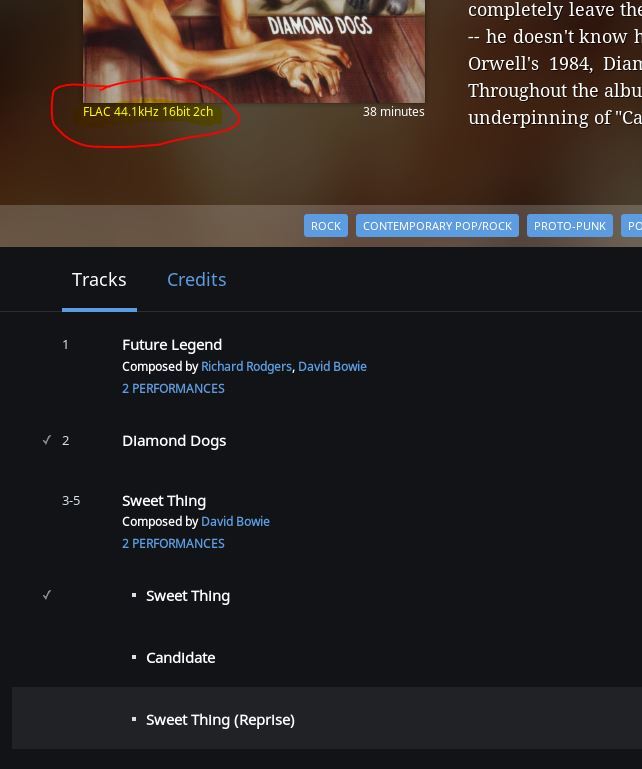 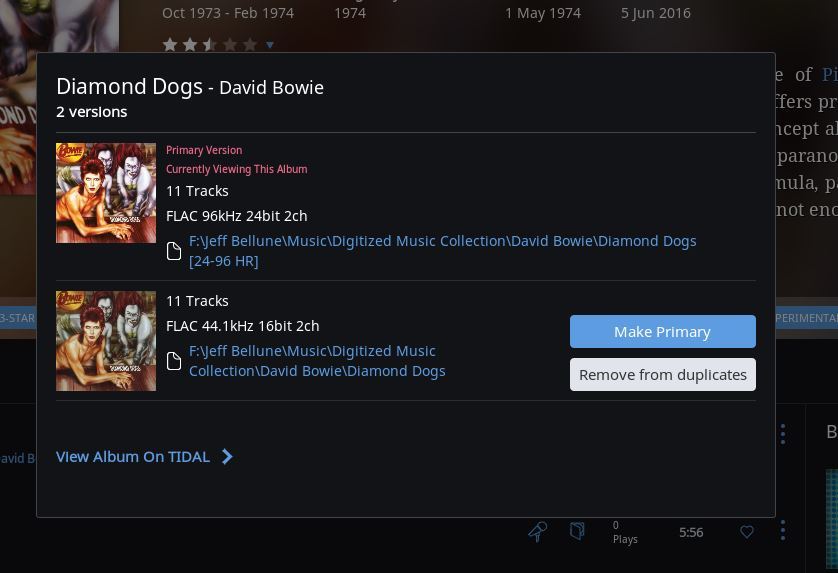 This is the result (the CD version suffers the same fate): 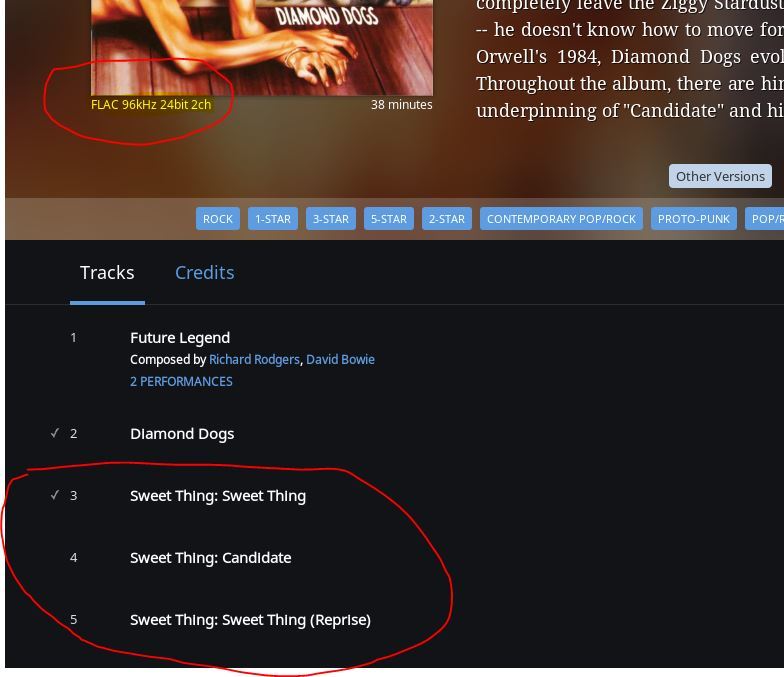 Like I said, I think this is a bug in Roon. For individual albums, your method lets me do exactly what I hoped to do. Thanks again!

EDIT: Apparently, this is more important than grouping alternate versions of the album – if the new group has a different name than the first track of the group, you can still group album versions while maintaining the grouping of the tracks within the album. I’ll edit/delete my bug report here:

Details are in the Feature Request topic below: EDIT: After closing and relaunching Roon several times, it appears that the issue is not grouping different album versions causing the newly grouped tracks to separate again, but instead the issue is giving a name to the group that is the same as the name of the first track in the group. So “Sweet Thing: Sweet Thing” must become something like “Sweet Thing Medley: Sweet Thing”. Once that is done, different versions of the album can be grouped an…