… in as many discs as total tracks (1 track per disc) 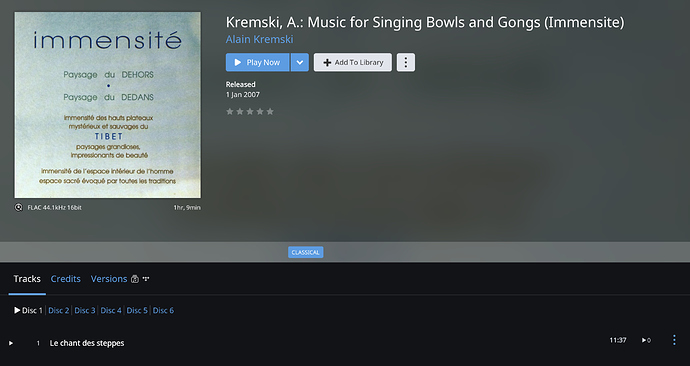 EDIT: looks this only happens for “Qobuz Favourite Albums” Roon has automatically added to your library.
If one clicks “Add to Library” (weird, isn’t it? shows in library but one still has to add it to his library which can only be done from Qobuz Favourites section… but I’m digressing) all is fine and all tracks are “reunited” in one single disc as it should be

here’s the very same album after clicking “Add to Library”: 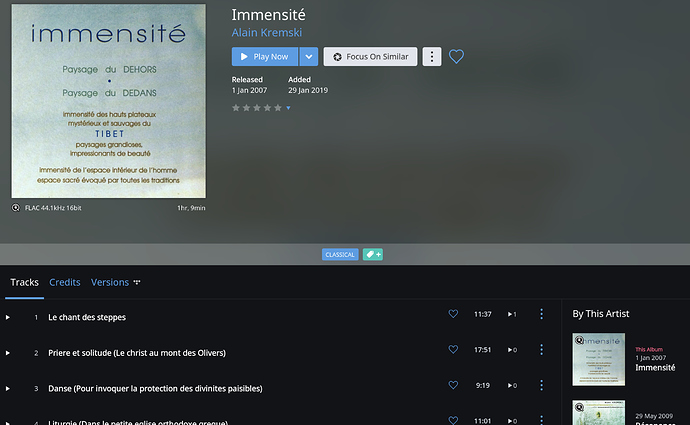 Do you have a local version of this album as well as Qobuz? Can you share a screenshot of the Versions tab?

It looks the same in Qobuz and Tidal. 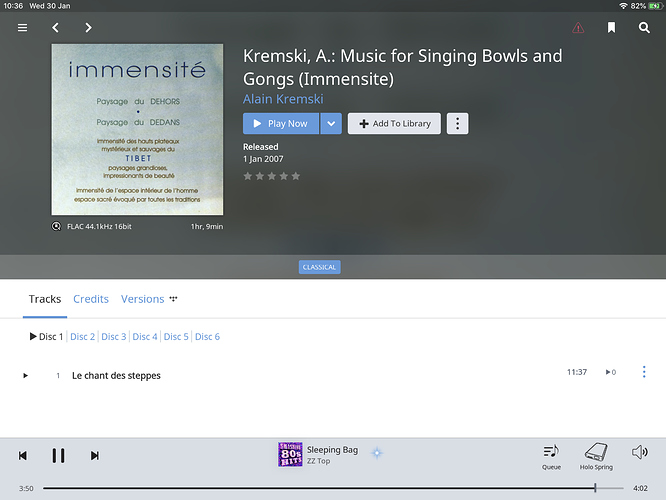 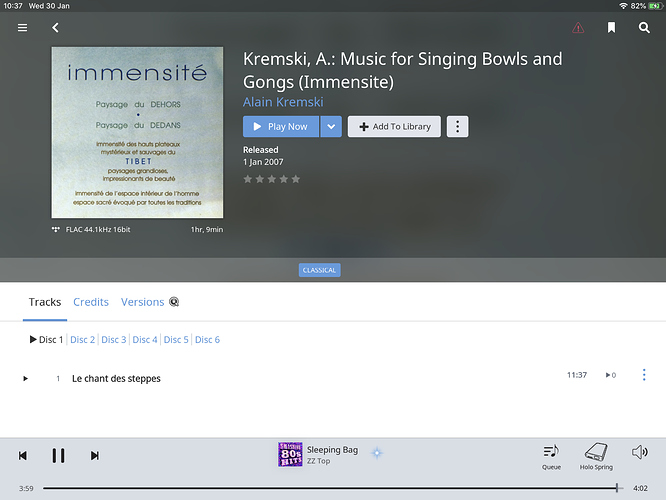 Thanks for confirming that. I took a closer look at our metadata here and it appears that different metadata providers have these organized in different ways (multiple discs vs. 1 disc) which is causing the behavior you’re seeing. I’ve passed a report on to our technical team for further investigation into this.