I imported an album, had it immediately recognized by Roon, and then exported it. The purpose wasn’t nefarious, just a curiosity experiment.

What surprised me was that track titles were reworked, but practically none of the credits that appear on the following page were sent: 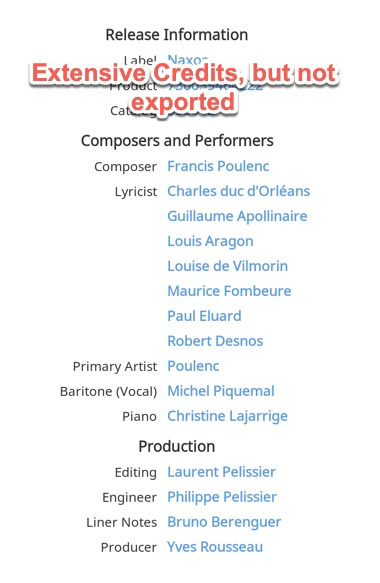 I would have expected anything that was found in the DB as a file tag info would be part of the export, not unlike a tagger program. Trying to understand.

And, protestations to the contrary, Roon is a tagger, at least in part.

If that information is populated from Roon’s metadata partner(s) the licensing probably doesn’t allow the use outside of Roon.

Yeah, that’s certainly a possibility. Or, they decided, for resource constraint reasons, to defer or forget about the less important tags. Dunno.