I don’t know how to get this CD to show its correct metadata.
It is supposed to have 3 sonatas, each with 3 movements. Then A single short piece, then a piece which is a collection of arabesques. The meta data splits all the tracks between the 3 sonatas and ignores the other pieces. Each track then is simply given the name of the sonata it is placed in.

I have tried to edit; tried to switch to file data from Roon data, tried to edit from composition page - here things get really odd. Sometimes the whole CD is one composition. Sometimes one of the sonatas is a whole composition, but it only lists the 3 component movements, and actually gives them their proper names!

I have tried to regroup tracks.

I dare say I am trying to do all of this incorrectly, but I would be grateful of advice.

The companion CD (Vol 2) appears to be all organised correctly (although the first 6 tracks do not have their specific named details, but are at least placed in the correct composition)!

@Anthony_Langlois Hi Anthony, please would you post a couple of screenshots of the metadata so that I can try and assist?

Yes, sure! First screen shot is from the cover art of the disc itself: what it is supposed to look like. 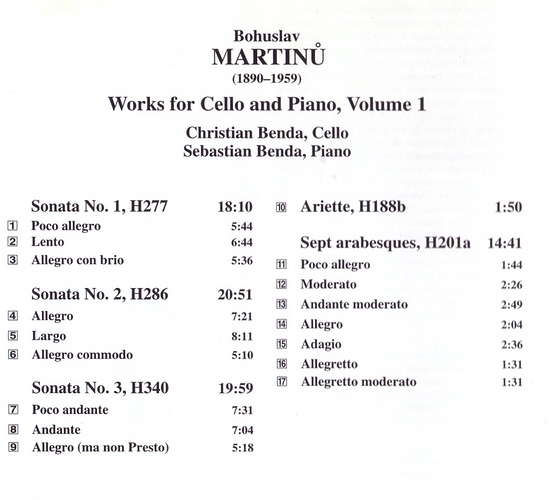 Next we have two shots from Roon which show what it is producing (the second one misses a line or two off the bottom I think): 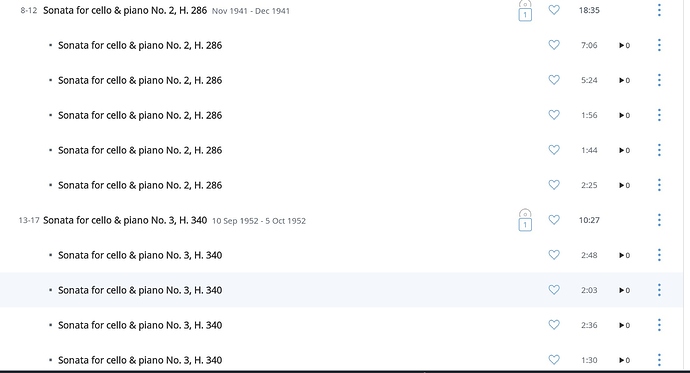 For some reason they’ve got duplicate tracks for the sonatas. I will notify them, but revisiting the entire metadata on an album is more work than a simple correction, so I don’t know where they will prioritize this. I also need to check a few things in their data before I submit a correction request.

My recommendation (for the time being at least) is that you unidentify the album and use WORK/PART tags in you file metadata to achieve the correct groupings if it doesn’t happen automatically. Let me know if you need assistance in doing this.