Match all and Match any on personal Tags

I have been using Roon for some month now, and I still miss one (simple?) option in Focus/Focus on tags. I am using a lot of personal Tags, but there is no option to choose between Match all or Match any when sorting music by personal tags. Would this be that hard to add? The functionallity already excists when using Focus itself.

1st use case: AND function for personal tags

I live in Belgium, so I am specially interested in belgian artists. (one can fill in one’s own country)
Therefore I add a Tag called ‘belgisch’ to the artists and to the albums of these artists.
I have 50 albums of belgian artists in My Library.

Now I also like female singers, so I add a personal Tag called ‘Female Singer’

Now I want to select the albums of the belgian artists with a female singer.
This is the result: 1340 albums 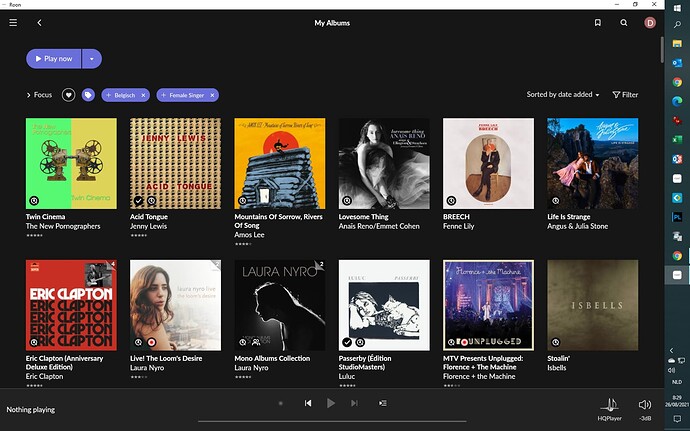 Other example:
I am living in the Dutch speaking part of Belgium, called Flandres. This means I have an interest in artists singing in Dutch. But in the Netherlands, there speaking Dutch too.

So if I want to select the albums of belgian artists singing in Dutch, this is what I get:
81 albums instead of < 50 belgian albums. 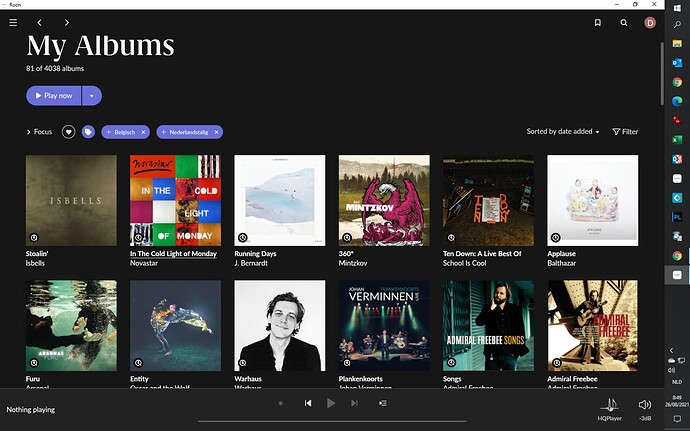 Other example:
I use a personal Tag called New for recent albums, i.e. released in the last 2 years (moving target - now 2020-2021) I have not listened to yet.
If again I want to combine that with Dutch spoken (“Nederlandstalig”) albums, I definitely do not get what I aim for: 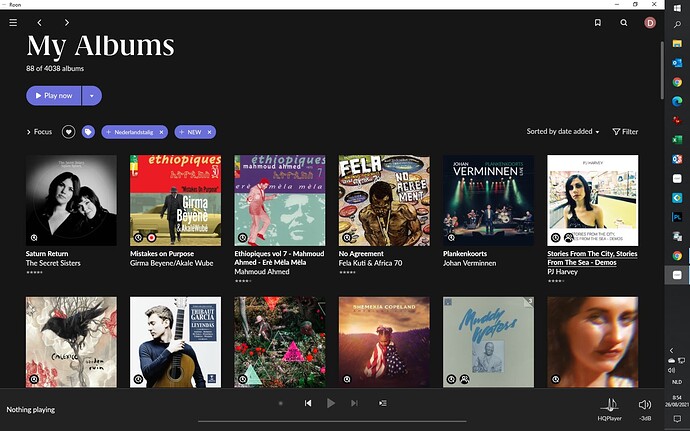 2nd use case: OR function for Focus (eventually combined with Personal Tags)
I would like to see in a simple way Female Blues and Folk Singers.

Starting with Focus on Blues and Folk I get: 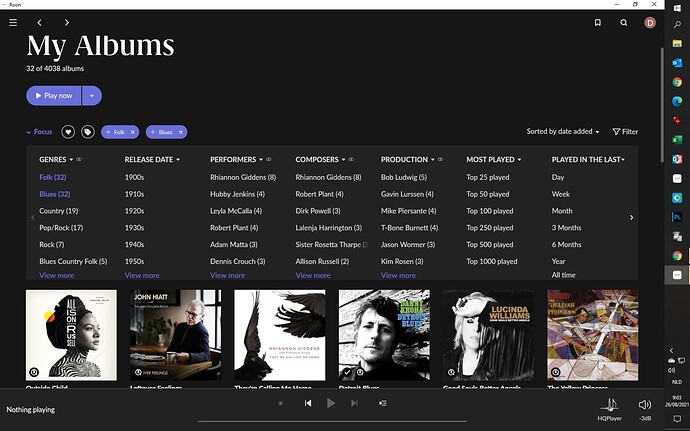 image1680×1050 123 KB
Here the AND function is executed instead of the desired OR function is this case.

Now, if I try to work around this, and I first Focus on Blues only, and then combine that with my personal Tag ‘Female Singer’ 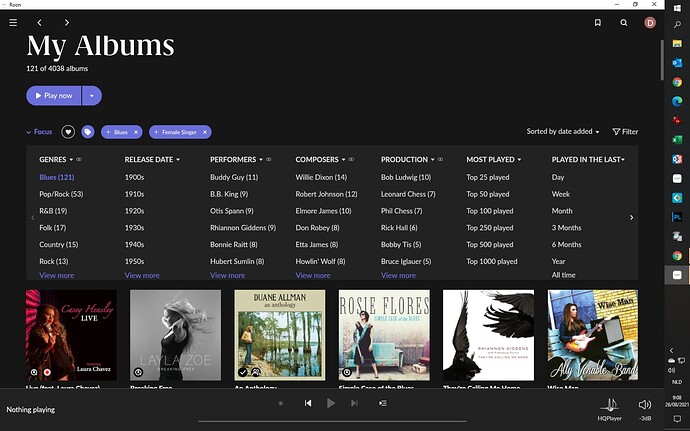 image1680×1050 123 KB
I am not aware that Duane Allman is a female singer , and nor are a lot of others in this result.
Again, an OR function is executed, instead of the desired AND function in this case.

I hope this ‘simple examples’ are clarifying/supporting this feature suggestion.
Dirk