The 2CD set of Max Richter’s Voices is not currently known to Roon - only the digital download release, which has split the 10 tracks per CD into 25 tracks per “CD” on the digital release: 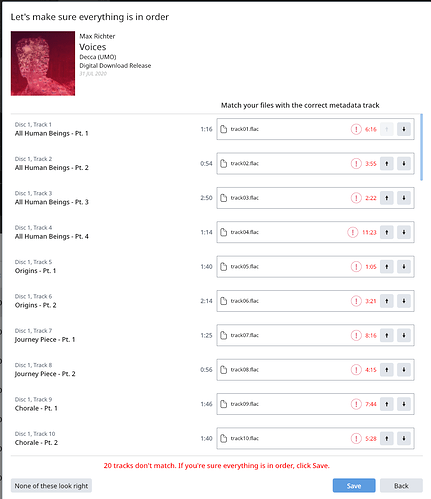 Here’s a follow-up to my OP.

I ripped the 2CD set of Voices using the Roon OS ripper. That doesn’t put any metadata in the ripped tracks (“Roon never modifies your files”), so naturally the tracks are given generic titles (track01, track02, etc.)

When I searched in Roon for a match, the results screen came up as this, with Voices as the first result: 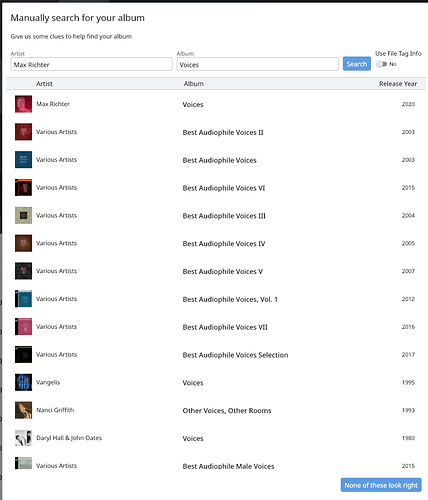 So naturally, I chose this, and got the screen shown in the first post.

However, today, I went back to reidentify the album, and this time I scrolled to the bottom of the search results, and lo and behold - another Voices album… 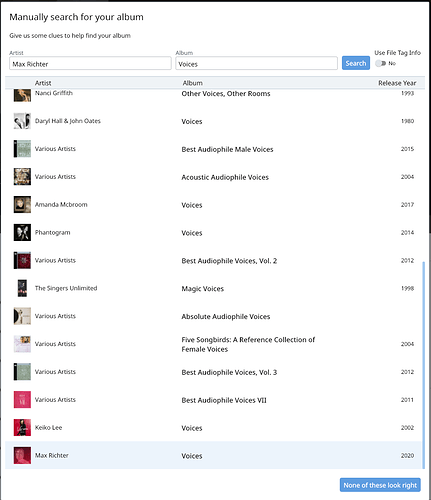 Choosing this does claim that it is a CD release, rather than a digital download, so I thought it would match, but because there is no metadata in the files, Roon can’t follow through: 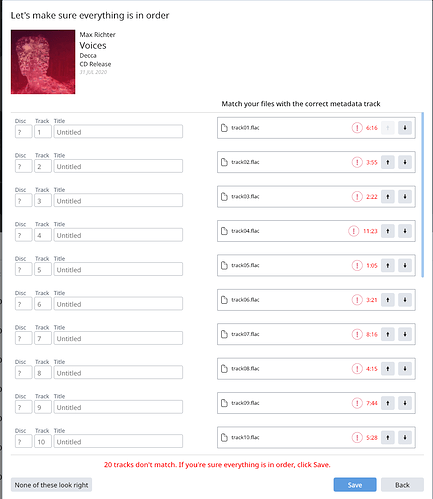 I wondered what would have happened if I had used dBpoweramp to rip the CDs, instead of the Roon OS ripper, so I re-ripped them using dBpoweramp. I have to say that the quality of the metadata was pretty poor, and I had to do some editing in dBpoweramp (the metadata source had not listed artists using delimiters, and every track title was prefixed with “Richter:”)

Once I submitted the re-ripped CDs with the cleaned-up metadata, then Roon was able to go the final mile using the last Voices entry in the search results list: 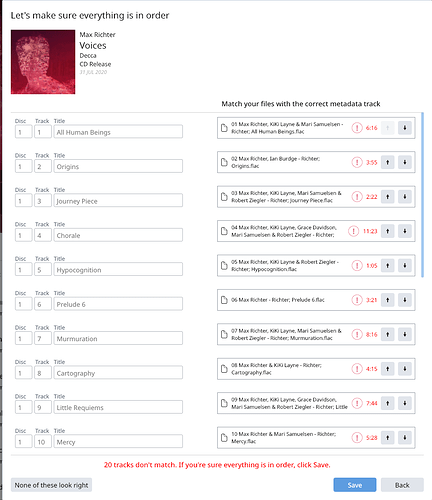 Got there in the end, but I felt I was wrestling with Roon to do it… 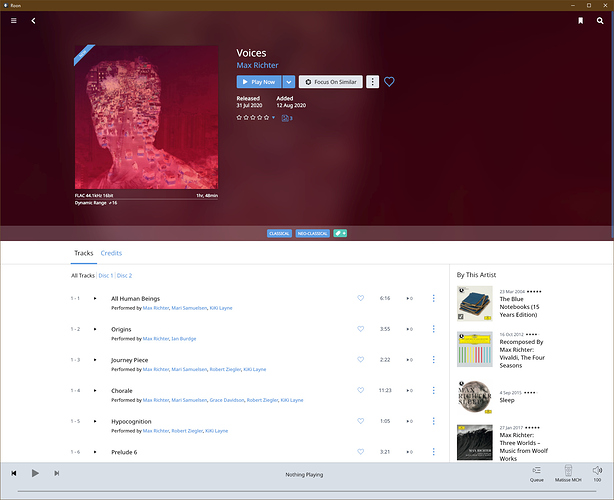