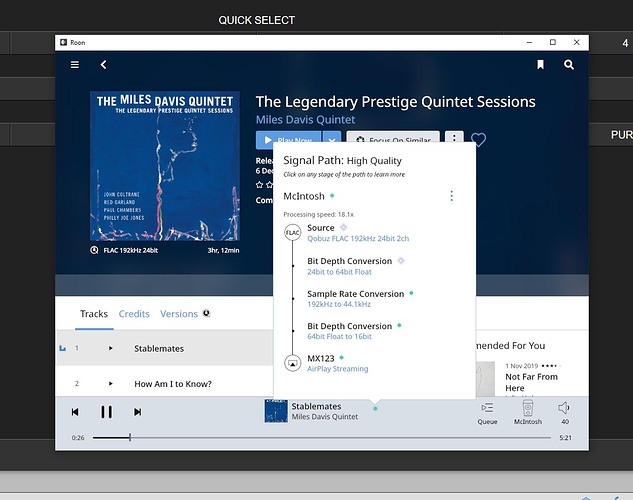 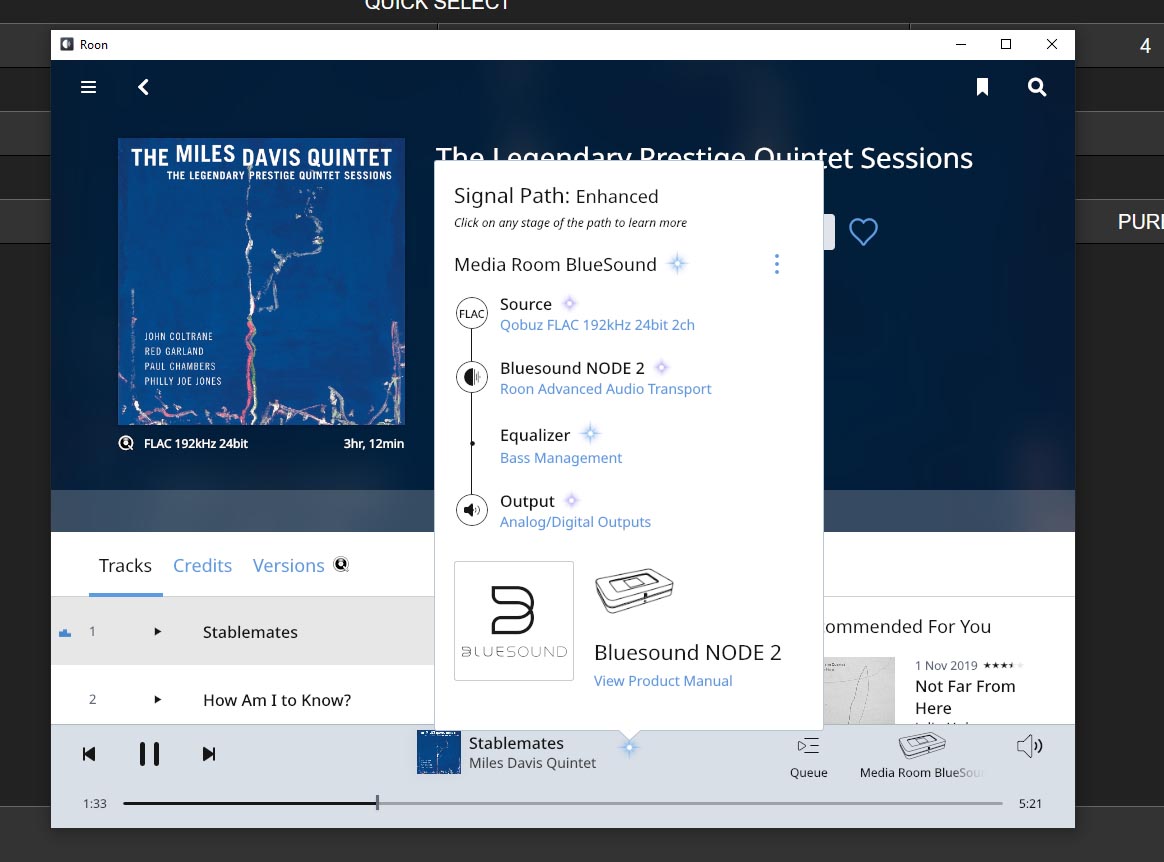 Looking at the Signal Path, your MacIntosh seems to use Airplay for streaming.

A quick verify on the MacIntosh websites, shows that this A/V Processor uses indeed Airplay 2 for streaming.
Problem is that Roon does not support Airplay 2, but only Airplay 1.
Airplay 1 is to the best of my knowledge, limited to 44,1 kHz.

Is there no other protocol supported for streaming in the MAcIntosh (I have not downloaded the manual).

Thanks Dirk. I can check with McIntosh.

Since AirPlay 2 is the current release, does Roon have plans to support it?

Based on some earliertopics in this forum, I fear that Roons has no plans in that direction.

But it would be much better for @support to respond to this question.

In this case, AirPlay 2 is irrelevant. It has the same bit depth and sample rate limitations as AirPlay.

Thanks Andrew. I finally did a web search and found that to be the case.

As others have mentioned, Airplay has a limit of 44.1kHz/16-bit. If you wish to achieve higher resolutions than this for your zone, I would suggest using either HDMI from your Core -> MX-123 or using one of your Node2’s outputs and connect that to the MX-123.