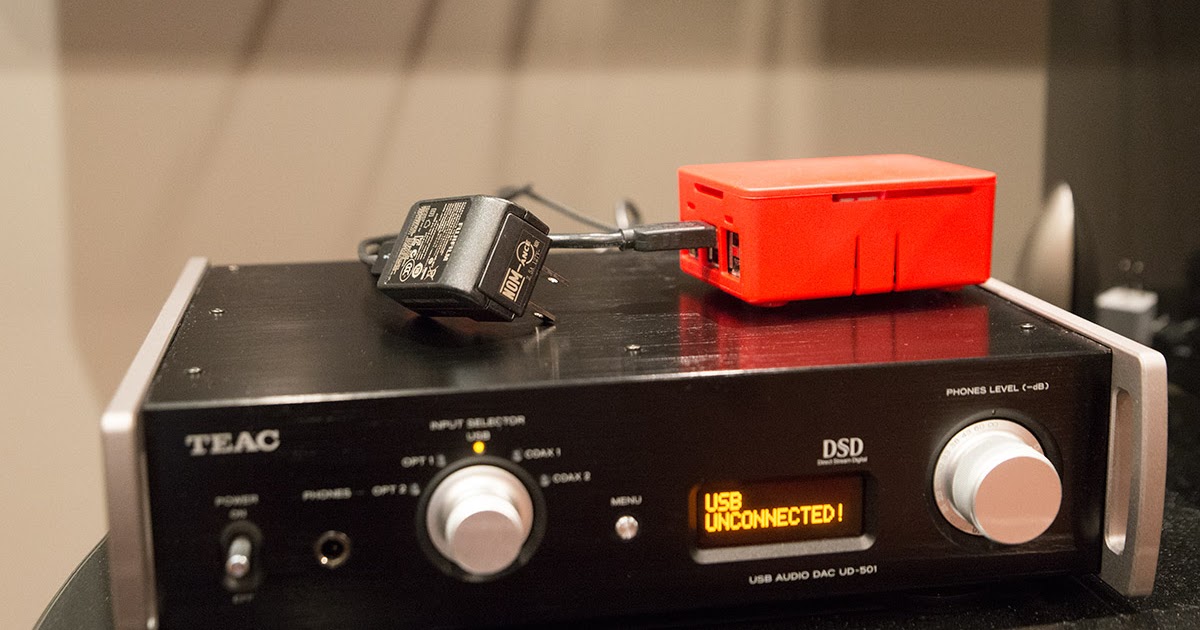 A few weeks ago, I got this question from Josh Xaborus in my previous post on the Raspberry Pi 3 + HiFiBerry DAC+ Pro measurements : Have...

I’ve read a lot of that guys stuff although not that article until now. He seems to reach different results from a lot of other people especially regarding Chromecast audio so I don’t find him entirely convincing. Useful to read though.
This particular article doesn’t compare Pi to MR or the other network streamers which would be much more useful.

The views on Chromecast are very devisive. I have integrated Chromecast into LMS in the past and used it to fuel a kitchen speaker.i tried one with my main system and the sound was fine, even through optical into my Dac. I can see why some are having a bit of a love fest with this gadget, especially as it can be had for £15 at various points of the year.
As for Archimago, he seems well respected across the forums and I have found that many of his assertions have proven valid as I’ve made my journey through CA. I can believe his assertions regarding power supplies as I’ve never heard any night and day improvements as Ive changed equipment. The sound has generally remained the same. I tried my friends expensive Audioquest USB cable just for fun. No difference. I use a standard well built Belkin.

He seems to reach different results from a lot of other people especially regarding Chromecast audio so I don’t find him entirely convincing. Useful to read though.

Who are the ‘other people’? In particular do they take scientific measurements of hardware like Archimago does? If they rely on their ears/brain combination alone to assess hardware then they do the hardware a disservice as ears/brain are much less reliable than scientific measurements which can be repeated and checked for accuracy. Audio memory is short, no more than a few seconds. To compare hardware via a listening test it is advisable to be able to instantaneously switch-over the items under comparison, and do the test blind (or double-blind if possible) in an attempt to remove bias.

Where there are real ‘night and day’ differences, very casual listening can reveal it. Where the differences are very subtle, blind listening with instantaneous switch-over comparison becomes crucial to reliably note that difference.

EDIT - I should add that where subtle differences are noted (following listening tests), we then have to decide which (comparison item) is best. We may easily be able to say which we preferred, but I doubt many could say which was the more accurate, and thus of the highest fidelity. I have little doubt that many audiophiles would incorrectly go with a preference over any convincing argument with evidence in favour of neutrality/accuracy.

I’ve seen many more positive reviews of the Chromecast system than negative. A few disregard it but I think it deserves more than this. It’s a very good entry level gateway into streaming. With the right ancillaries it can be improved further as with any streamer. But this goes against its intention really. There are so many bargain entries into CA nowadays that it has become accessible to all which is great. Night and Day differences always seems to be an extreme description to me. I would expect this between an old Matsui all in one against, say, a Naim Unite, but as cost goes up, I feel differences are much less obvious.

What I like about Archimigo is he’s like a warm blanket on a cold night for those who don’t have the ability to hear, and can’t afford real measurement gear.

“those who don’t have the ability to hear”, how unpleasant and arrogant you are. Lots of knowledge but an inability to deliver it in a socially acceptable way. What a shame.

Well, in my eyes he is actually comparing the tested solutions to a microRendu:

Based on my proprietary Value-Added Audiophile Gauge of Ultimate Enjoyment (VAAGUE)™ analysis, this tweak is easily able to elevate your Pi 3 to the sound quality of any US$690 (with switching power supply) streamer out there…

Still would like to a read about proper comparison (incl. measurements) between the different options available today:
Mac/Win/Linux on a laptop/mini PC/desktop
Raspberry Pi/Odroid C2
Bluesound/Sonos/Apple TV/Airport Express/Squeeze Box
Sonore microRendu(Ultra)
SOtM SMS-200 (Ultra)
dCs Network streamer
And then we have all the doo-dat’s like Uptone products,Fibre Media Converters, different ethernet cabling (shielded or non shielded) and so on and on and on and on…

File based music reproduction is so easy, isn’t it?

Saying it and measuring it are two very different things.
I find his measurements, but more importantly his analysis of measurements to be iffy especially since he seems to enjoy reaching different conclusions than others.
He also switches back and forth between data and opinion to suit his end conclusion which often seems pre-ordained.

a lot of other people

While I think of it, Archimago, with oscilloscopes and scientific analysis, reminds me of someone from long ago. I think he did mostly record analysis and I think he wrote in a now defunct mag. I remember his name was something like Julian Hirschfeld.

Ring any bells for anyone?

Saying it and measuring it are two very different things.

That is true, but i figured you missed the part i quoted in my previous post.
And, we are in agreement concerning these reports and measurements. They have a tendency to accknowledge the views of the performer.

If listening to a product can’t provide you with all the information you need, obviously your hearing is impaired.

Julian Hirsch. He of Stereo Review and Hirsch-Houck Labs renown, and arguably the grandfather of all audio equipment reviewers.

It was Julian Hirsch of HH labs. (Hirsch-Houck Laboratories.)

Julian Hirsch, 81, an Engineer Who Wrote About Audio Gear

I should have read on to the end of the thread ’ as @WiWavelength had already responded. However the obituary helps to describe the achievements of JH.

I also find his analysis interesting. Rather than a ‘warm blanket’ he provides another perspective for those who are interested and open minded.

it’s good to listen to independent voices rather than those compromised by commercial interest IMO. But that’s just me.I prefer to think of it as the enlightened following the enlightened really.

Joel, just curious, who is the “blind leader” you are referring to? No flame here, just wondering.

Don’t you mean the deaf following the deaf?

I (genuinely) applaud his devotion to measurement, but IMO many of his conclusions (and opinions) are simply wrong. It’s the human condition to want to have our own beliefs validated and to have a sense of ones own importance, and that applies both to Archimago himself and to those who follow him.

I’m not going to go into details, because that would be a pointless exercise. As I said above, YMMV; I have an opinion, as do Archimago and others. Eventually, the truth will out.