I’ve recently noticed that sometimes my offline albums don’t show Roon pick tracks and metadata information on them even though their online counterparts do display that information.

Kindly advise what should be done to resolve the issue?

I’ve tried to reidentify albums but sometimes few tracks are different from the album that comes in search.

Also, my last ticket hasn’t been answered yet. Request you to kindly address that as well.

Roon will only add its metadata to albums which it has identified. While I’m not official support, I am sure that if you could list some examples of the albums (along with screen pics) you are having issues identifying; it would help.

Sometimes, albums have multiple copies on Roon database and not all copies have the full metadata information.

For eg. I have an offline album of Arcade Fire’s The Suburbs.

Second Screenshot shows that when I identify my offline album with 1st copy then there is no Roon pick tracks even after the album is identified. Track 13 and 15 have no ticks.

Even selecting the 2nd copy doesn’t load the Roon picked tracks on the album.

Fourth screenshot shows the Roon picks now get loaded onto the album as you can see track 13 and 15 with ticks.

My point is, why is there such inconsistency in the metadata (Roon picks to be particular).
If it’s happening on this album then probably it has also happend on tonnes of my other albums. It’s just i’ve noticed this and hence reported it. There might be so many other albums in my system with incomplete metadata that im unaware of. 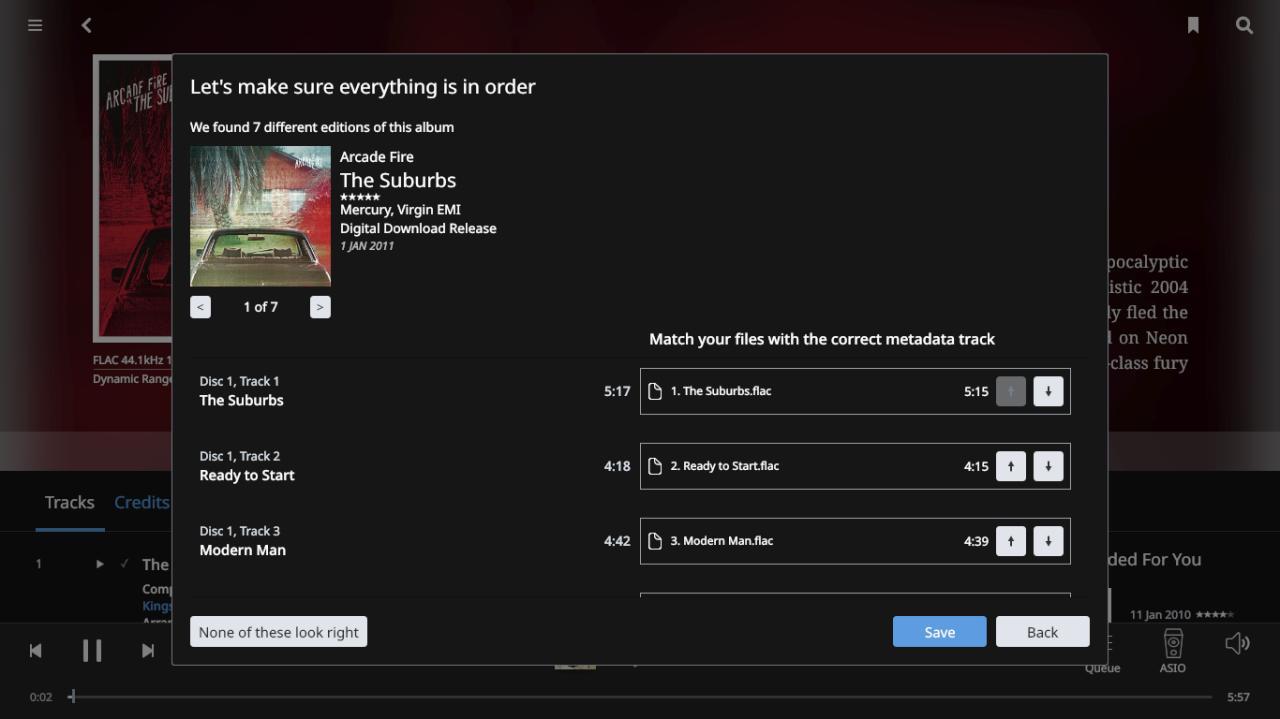 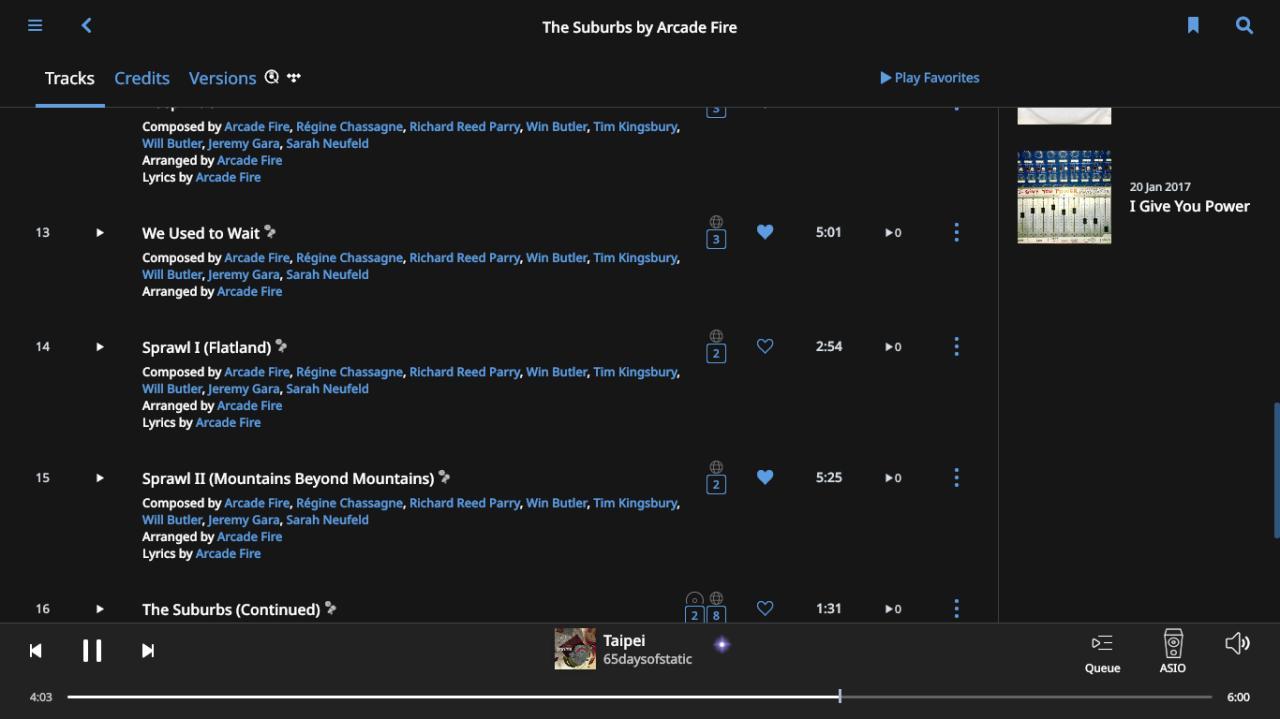 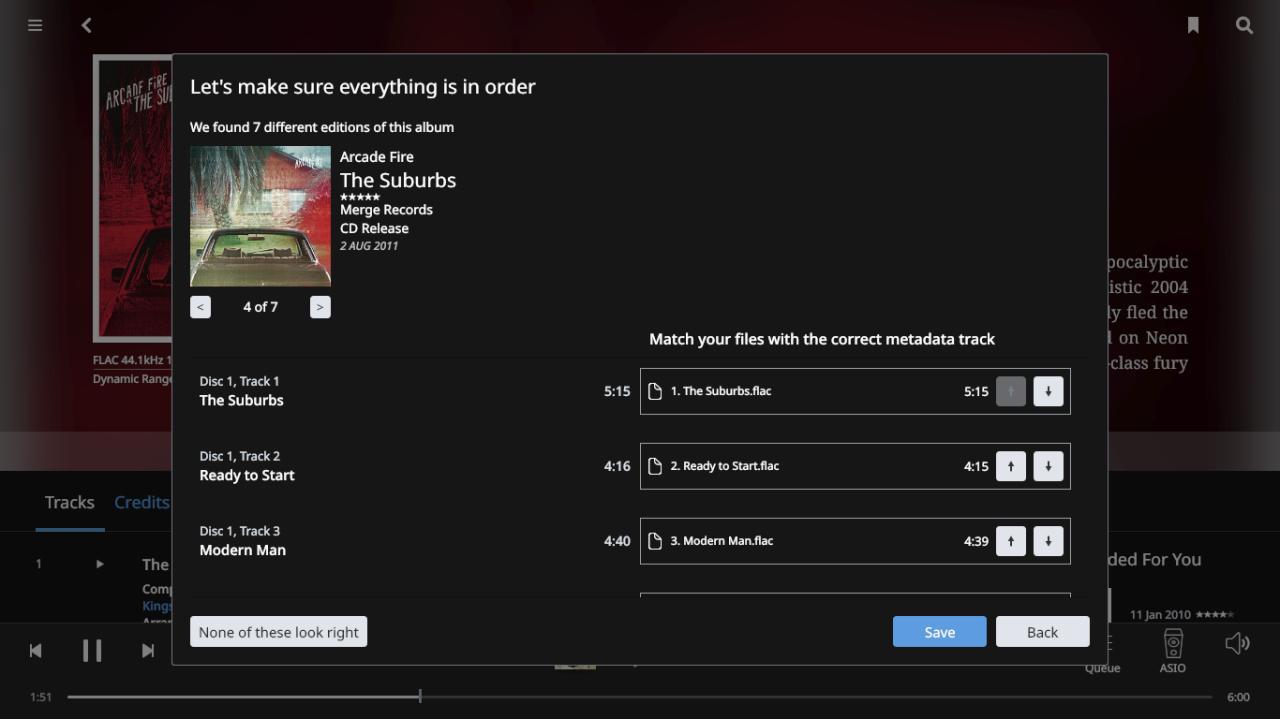 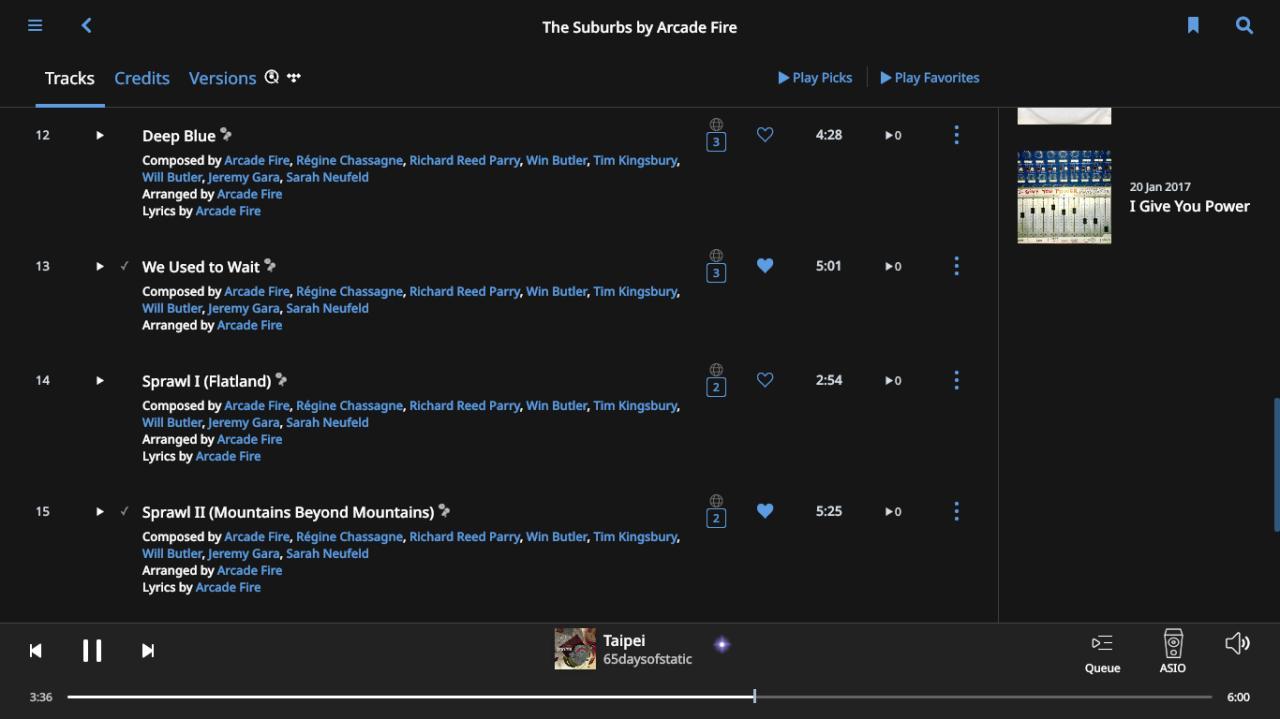