How long does it take for roon to update it’s data - reviews ?

I bought Tord Gustavsen’s latest album but roon has no results.
This album has been out for 2 weeks and is known in AllMusic but not in Roon 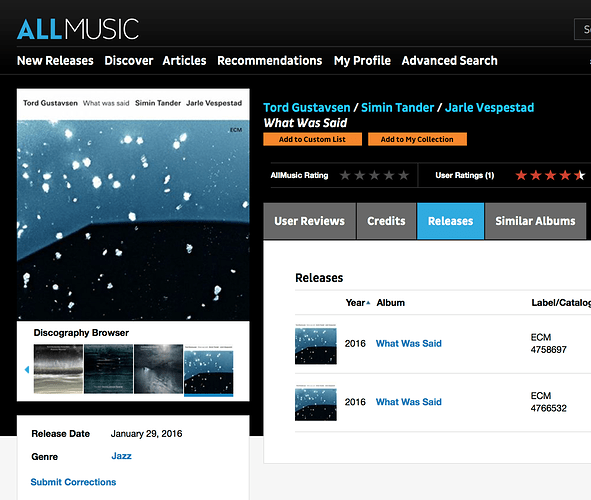 Rokia Traoré’s latest has a review on AllMusic but not so on roon…when will it show up in roon? 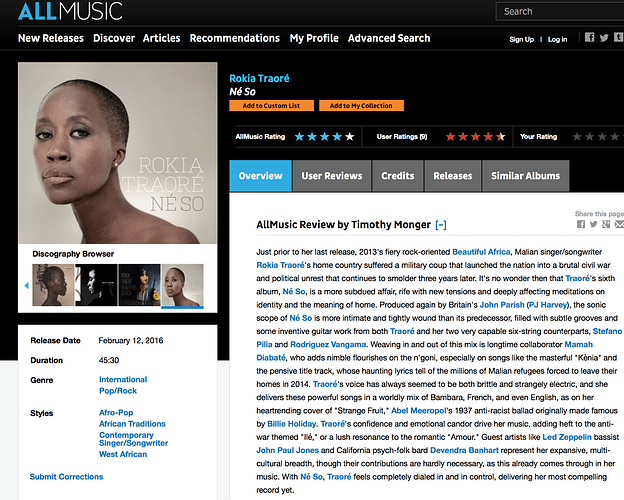 17/02 still nothing.
So when does roon updates it metadata?? Surely if the data is available on AllMusic roon should also have it.

A while back I added the latest album from Robin Trower called Something’s About to Change via Tidal.

The thing about the album was there’s no real metadata, and still isn’t, however the name had an “O” at the beginning of the title. This was an obvious mistake on Allmusic, so I sent in a request to Allmusic to correct it. To my amazement, they did it in a couple of weeks.

After a few days, Tidal was corrected as well, however, Roon still wasn’t. After maybe 3 weeks (I wasn’t really keeping track how long) I was going to post about this problem. Just before I was going to start a thread, Roon automatically corrected the name!

To make a long story short, it took a few weeks for Roon to update it, but it did in the end.

Don’t know if this helps at all.

20/02 still nothing!
So these updates don’t seem to happen very often

26/02 metadata is still not updated

Can anybody from roon tell me why it takes so long?