Thanks for those additional details, I have forwarded your remarks to the QA team. Thanks in advance for your patience while they review your case once more

Hi @noris, just checking back on any progress. This process also made me wonder if there’s another way to export my playlists from the still-working original NAS Roon server in a format that I can pass into the new Mac Roon Server as an import. It looks like my only options for exporting are either text files or exporting with the music files themselves, correct? No way to export just the playlists from one server and import them into another? I thought there may be a way since the storage locations are the same.

I am at a point where I think I’m going to have to manually rebuild them, but after exporting CSVs for all my playlists on the working Roon server, I’m looking at manually dealing with 14k tracks in those playlists, and clicking through 14k times to re-add manually doesn’t sound fun.

I checked with QA on this and they have been unable to reproduce the issue in the lab, the next step would be to take a look at the database itself.

Can you please exit out of Roon and then zip up the contents of your Core RoonServer (or Roon folder if you’re not running headless anymore) and upload it here?

Please let me know once uploaded.

No way to export just the playlists from one server and import them into another?

Do you by any chance have Soundiiz and streaming service? That might help while we look into the database.

Thanks @noris. I’ll work on the DB part. re: Soundiiz, yes, I do use it and also have Tidal. But I don’t see Roon as option on Soundiiz. Am I missing it?

I don’t see Roon as option on Soundiiz. Am I missing it?

It is not a side-bar option, but rather you can import the Roon playlist contents:

Roon is a fantastic program that manages your music collection. Now, take a look at how to export your playlists and library from Roon to Soundiiz!

Thanks @noris. I was able to import my playlists to Soundiiz from the good Roon Core but I’m not seeing an option to export them back out to the Roon Core with the busted playlists? My goal is to migrate the playlists from the NAS to the MBP, and that doesn’t appear to be an option as best I can tell (unless I’m missing something), natively or via Soundiiz.

@rcrawley how many of your folder names or files contain question marks, quote marks, slashes, or contain a terminating period? Some of this reminds me of issues I had with items showing up in playlists before I fixed those problems.

Resurrecting this thread because I’ve now been able to reliably reproduce the issue at will. As part of this thread – RoonServer Stuck Initializing on new Mac Installation, Logs Showing Critical Exception [Ticket In] - #67 by Matt_Armstrong – I just made a fresh backup of my DB from Roon running on my NAS and immediately imported into “full” Roon running on a freshly wiped MacBookPro. As soon as I imported the fresh DB backup I immediately checked my Playlists and saw that they’re back to the “only 5” issue that I’ve been having since originally reporting the issue. I removed Roon from the MBP, removed the Library dir, and tested the process again, same result. Everything else in the DB restore seems to be correct. Rinse and repeat over and over.

The new MBP also has a complete local copy of my music files; I’m no longer mounting the NAS from the MBP and storing all music locally to remove that as an issue. I also tried both restoring the DB first and then changing my storage locations to point to the local drive as well as adding the local storage to Roon first and then restoring the DB, both with the same result. 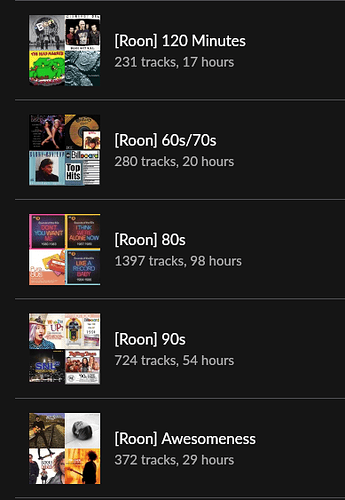 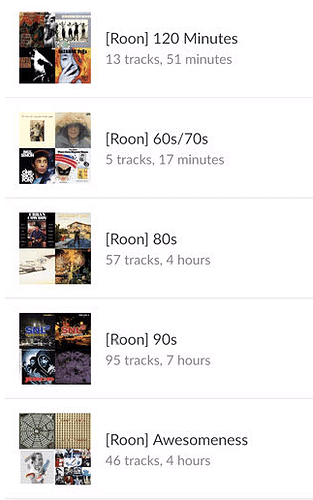 Thanks for the additional information here, and for letting us know that you are able to reproduce reliably now.

Can you please exit out of Roon and then zip up the contents of your Core RoonServer (or Roon folder if you’re not running headless anymore) and upload it here?

Please let me know once uploaded.

Have you had a chance to upload this database for review? I’m wondering what the playlists look like when loaded up on our end.

The new MBP also has a complete local copy of my music files; I’m no longer mounting the NAS from the MBP and storing all music locally to remove that as an issue.

Let me know when you have a chance, thanks!

Hi @noris. I’ve been doing a lot of testing over the past two weeks, with many NAS DB backups and restores on the MBP, and here’s where I am at the moment:

Have you had a chance to upload this database for review?

I haven’t had a chance to do that yet when I’m in the failed “5 songs” state. The next time I get back to it I’ll zip up the Roon contents and send them your way.

@noris The playlists have again revered to the “Only 5” issue sometime today. I looked through logs and nothing jumped out, and nothing changed today on my end (still no Tidal, I didn’t add any music or change any of the DB today), I just saw it had reverted sometime between Noon at 9:00 PM my time. I just tar’d & gz’d the entire RoonServer dir and the resulting tar.gz is 3.4GB. Can I upload a file that big? Thanks!

I just tar’d & gz’d the entire RoonServer dir and the resulting tar.gz is 3.4GB. Can I upload a file that big?

Though please note that it may take some time for QA to look this over.

@noris I’ve just uploaded the full library. Let me know if you need anything else.

@noris One more data point that I just noticed. I create playlists for greatest hits and I just noticed that all of them except one are empty. No idea why Hall & Oates is fine while the rest are all empty, but I thought it might help your team see the differences between empty and not empty playlists in the DB. 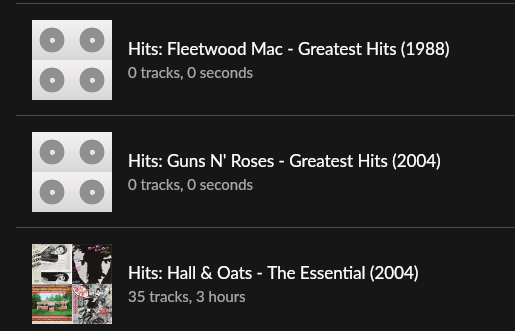 Tested with 2.0 and had the same result but caught it happening this time and have full logs to share. Can I post them to the same URL as I’ve shared other details with this issue?

Here’s what I did and what I saw:

They seem to have flipped immediately after stopping/starting the Core on the MBP. Only log entries after the restart that I could find:

I’m not sure how to affect “ignoreitunes” to test setting it to False, beyond selecting “Yes” in Storage → Location → Edit → Import iTunes playlists", but I have confirmed I have no XML files in my Roon storage locations.

Finally gave up on RoonCore running successfully on MacOS, rebuilt the MBP running Ubuntu 22 a bit over two weeks ago. So far, so good. I hope I don’t jinx it but playlists are still complete and fully functioning after going through the same Backup NAS → Restore DB on MBP process as outlined above for MacOS. It’s also been much more stable on Ubuntu; no “Waiting for Roon Core” issues locally in the house (I still see them with Arc but I’m chalking that up to an Arc issue since I don’t see the same on the local network). Assuming this holds, it looks like a pointer to something going on with RoonCore and DB management just on MacOS.

If anything changes over the next few weeks I’ll update this thread.

This topic was automatically closed after 2 days. New replies are no longer allowed.