I don’t know really how to phrase this, and I’ve searched but maybe I’m using the wrong terminology? I would love a minimised small ‘now playing’ display similar to the one available iTunes - just showing basic play controls and the cover art only - would be great whist listening on the MacBook on headphones whilst or working surfing etc! Hope everybody loves this idea and I am sure it will be implemented in no time at all! 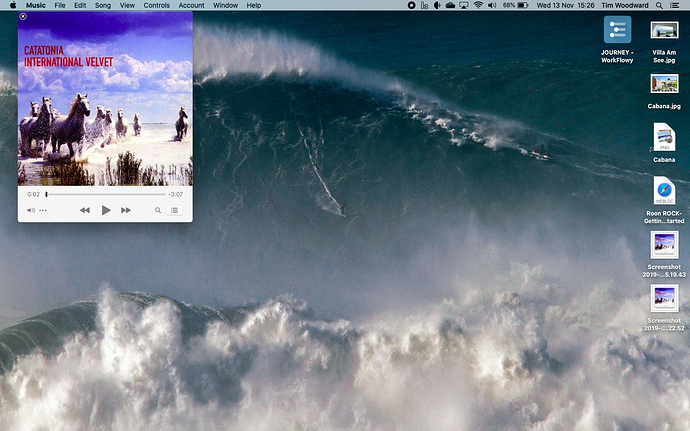 While not quite as small as your reduced UI, Roon gets close; at least on my system. 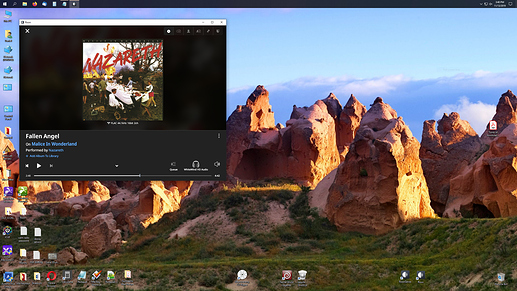 I asked for this a long time ago. I’d like even smaller, just a one line window that scrolls what’s playing, maybe a mini thumbnail, and stop/pause/direction buttons. Something that can get out of the way of other windows open that one is doing work in. Especially important for Roon Radio. A dashboard widget would be even more ideal.

I wouldn’t hold my breath though…

Yes I’ve found that, but your screen must be higher res than mine as I don’t get that small - I’d need glasses!

…and why I wonder, when we choose album art as a display (as opposed to artist image) doesn’t it get cropped to fill the screen - or even better, like the HTML now playing screen which keeps the album art where it is and shows an out of focus enlarged version in the rectangular space above? I’d like that!)

You know I think we should expect to hold our breath, a software company that follows its own agenda as to what it thinks its users want is doomed… oh wait, that’s all of them isn’t it!

(as to Alexa, our company is two years into bot development (there’s only my son locked in the programming cupboard!) and nearly there with our own presence on the Google platform - its a bloody frustrating process with Google simply pulling functionality out from under the feet of developers when their bot relies upon it. Then they make up new rules as to what a transactions is - all to eventually maximise profits by sending only non-money generating data through the platform unless you sign-up for in app purchase etc.

Still, they seem very human when you get through to a human so perhaps Roon likewise have a corporate feel that isn’t really representative of their combined enthusiasm and mission goals for the software?