Hi guys from support. Could you check artist “Gruselkabinett” and “Sherlock Holmes - Die geheimen Fälle des Meisterdetektives” and compare it with the native app. There are only 22 Albums for Gruselkabinett for example. It have to be over hundred. The strange thing is: it’s with qobuz and tidal.

I’ve moved this post into the Support category of the forum, where it will be responded to by the support team.

I can confirm that I am seeing this issue as well (using a search for albums by Gruselkabinett), so they should be able to reproduce the problem.

We are looking into this — I’ll be sure to update you when we have more info. Thanks!

We took a look at a couple of the albums missing from Gruselkabinett and we found that, for the albums that don’t appear in Roon, they are not available to stream.

For example, Box 10 only appears in the Qobuz app as 30 second demos - https://open.qobuz.com/album/mtq7maw71u52a

Since these are not available to stream they will not appear in Roon.

They are availabe to stream. I’m doing it right now. With qobuz and tidal app. The Boxes are not really relevant because all albums are available seperatly. if you search for Marc Gruppe (in roon) who is the founder of Titania Media (the label) you will find a lot of the missing Gruselkabinett and Sherlock Holmes albums. So this seems to be a metadata or api issue.

Are you really sure about that? I’m in the Netherlands, and like @dylan, I can only play back 30 seconds of the tracks on this album in the Qobuz app; even though I am on the Sublime+ level of subscription… 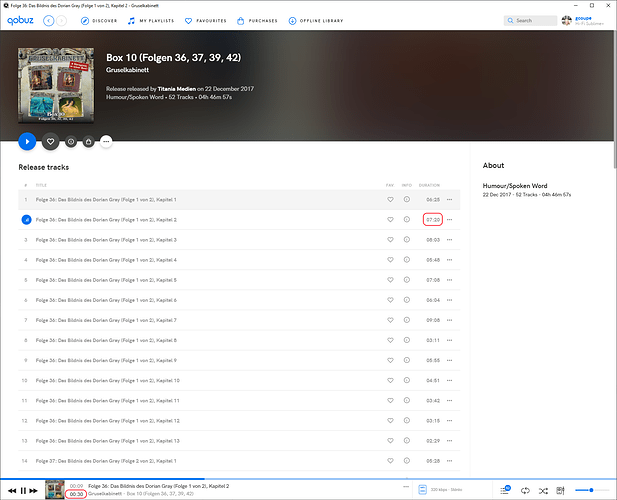 Did you try the seperate albums? Try one of them. I don’t know if the boxes are buy only at qobuz. if i use tidal i can play all content with the native app.

Here is the link to the non box version: https://open.qobuz.com/album/j41egf041bjoa 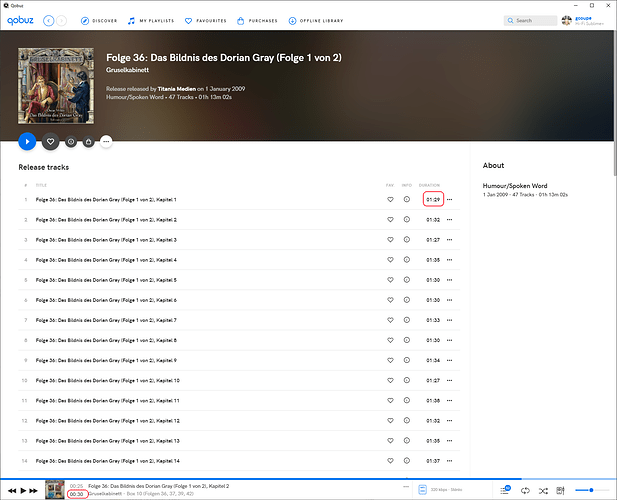 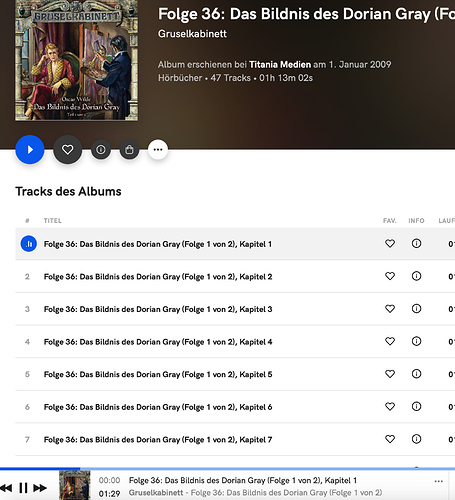 Thanks for the info, @ManInTheHighCastle.

I am seeing the same behavior specifically with the Folge 36 album. It appears to be streamable in the Qobuz app but it does not appear in Roon. We are investigating this and will be sure to update you when we have more information.

You can search for “Marc Gruppe” and if you click on that artist in roon you will find the missing Gruselkabinett and Sherlock holmes albums under singles&eps. it’s seems to be wrong merged. in the native apps its artist: “gruselkabinett” and “sherlock…” in roon it’s mainly “Marc Gruppe”

Nothing changes. Any updates? You have to just correcting the tags in the library and its done. The shortly released albums of the series are tagged correctly.