The Armenian alphabet doesn’t appear to be supported. An example album: https://offworldcoloniesltd.bandcamp.com/album/--2

Appears in Roon as the following, on both my Mac Mini and iPhone endpoints 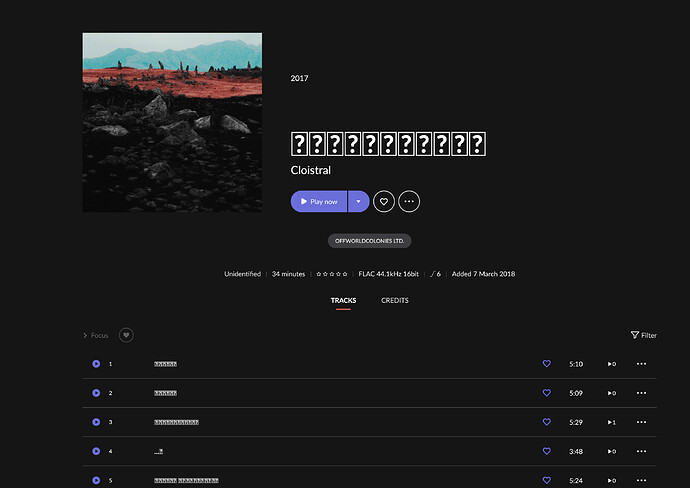 Thanks for the report, @Justin_Amphlett. I’ve passed this along to the team to look into further.