I have several Cher albums in my library. Those two produce an error:

Find album reviews, stream songs, credits and award information for The Very Best of Cher [Warner Bros #1] - Cher on AllMusic - 2003 - Since it's a cross-licensed, 21-track collection,…

Both contain “All or Nothing” song composed by Paul Barry and Mark Taylor. However, in Roon one compilation (from “The Very Best Of Cher” album) is missing and I am unable to merge them to have working link in album view. 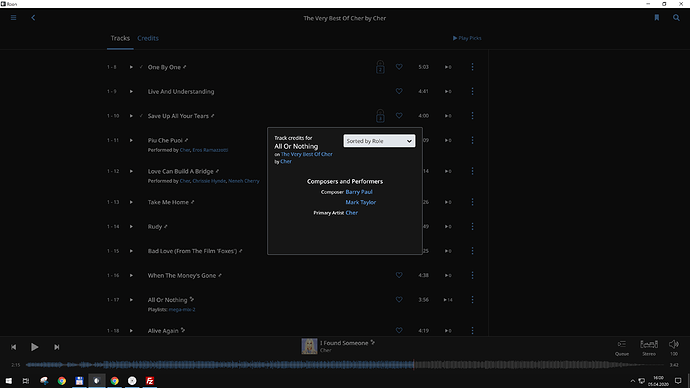 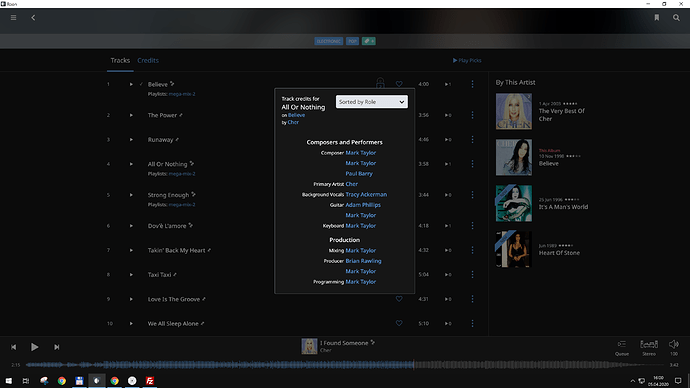 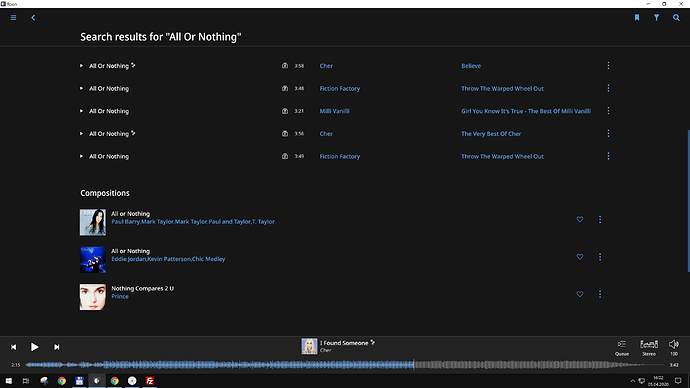 I just added the composition on the MusicBrainz page of the album (it was missing). Maybe in the next hours it will appear in Roon.

Does Roon use MusicBrainz? I thought it uses AllMusic. Also, I have noticed that I have yet another release. I actually own 2CD set with 19+23 songs. Barcode is 8 25646 08645 0. I wonder how actually compositions work in Roon. Forum pages says it is about composers in credits. But for me it looks like it’s something more as manual editing composers does not fix it. 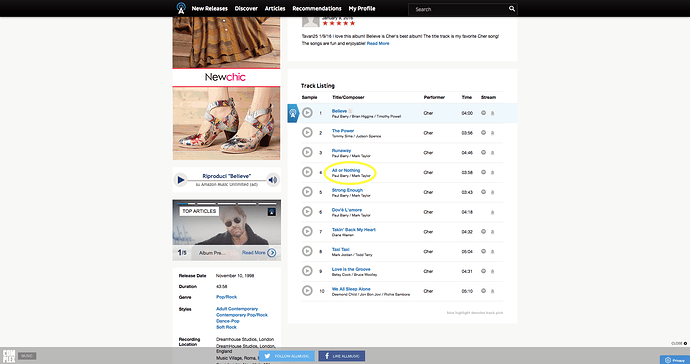 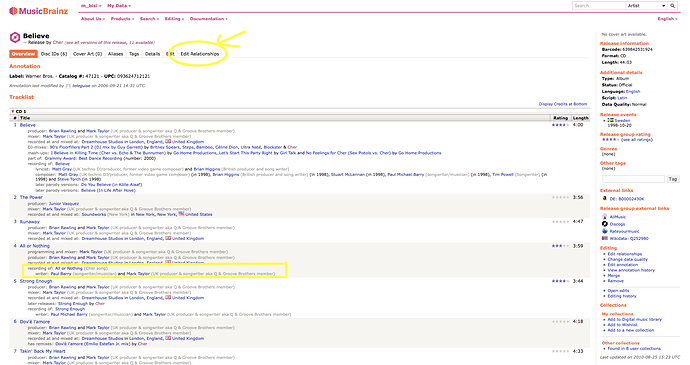