Adding it to my library brings a different album art… 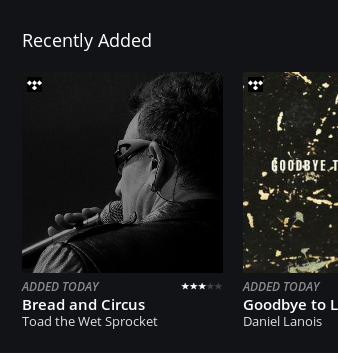 This happened today. Never happened before. No other issues other than periodically restarting Roon on the Core to relieve a “Network Error”

Haven’t made any changes since upgrading to latest build.

Hi @dbtom2 ---- Thank you for feedback. I wanted to reach out to you, to let you know what you are experiencing is actually something different then what is being reported here.

The image you are seeing of Bono is a stock image that is put into place when we are unable to retrieve the correct data, in this case, the album artwork. This is usually caused by some sort of hiccup over the network. Have you tried rebooting your core and then re-adding the album to your library?

Have you tried rebooting your core and then re-adding the album to your library?

FWIW when I first noticed this yesterday I had added two TWS albums, Pale and Bread and Circus. Both had that issue then and still have the Bono art for them today.

Also, when I select the “Other Version” of the album, it brings up the Tidal version with the correct artwork. The instant I add that to my library it changes to the Bono pic.

No big hurry on this. It’s the first time something like this has happened. Let me know if there’s something you want me do provide.