I am in the process of ripping my albums into FLAC. I am running Roon 1.3 build 200 on a QNAP TS453 with an SSD for the database.

A number of the albums are missing tracks in Roon, although they show up on the server and play OK through other players. Metadata looks OK on the tracks, but I can’t get Roon to find them. Any suggestions for how to fix this? The tracks aren’t showing up in other albums, they are just missing.

not ideal but when I’ve had this problem I would rename the folder then rename it back to what is was originally. This usually fixes the problem.

I have now found some of the missing tracks in Roon (but not all) Roon seems to be putting them in a separate album, but I can’t see how to merge the two albums.

You simply select the two albums, then Edit, then Merge Albums in the Album Editor window.
Thierry

Solution so far, find multiple albums, then find tracks that should be associated with album, then group them. Voila, one album but with the wrong artwork… Manually add artwork, getting tiresome.

Right, Roon definitely has an import issue. I am re-ripping all my albums into FLAC. Every couple of albums Roon fails to find one or more tracks when the album appears in the watched folder. The problem mostly takes the form of a missing track that is nowhere in the database. It is in the watched folder though. I have tried r-syncing, re-scanning, deleting the watched folder and adding it back but nothing works. The only thing i have found is to drag the missing track(s) onto the roon album and then roon creates a duplicate track in the server in a roon folder, plus it shows it as another album with one track in it, I can then select both alums and merge them. I can also drag the roon created track in the server, copy it to the real folder (deleting the original file in the process) and roon then seems OK, but given I have several hundred albums to go, this is going to be torture. Is this a real bug? I can replicate it easily enough.

If there was an easy way to add a track it would save a lot of time.

I am running 1.3 build 200 on a QNAP TS453 pro with the roon database on a 64Gb SSD and the music library on a RAID array. I am using Android, IOS and Mac clients.

Here is the roon album and you can see track 9 is missing. 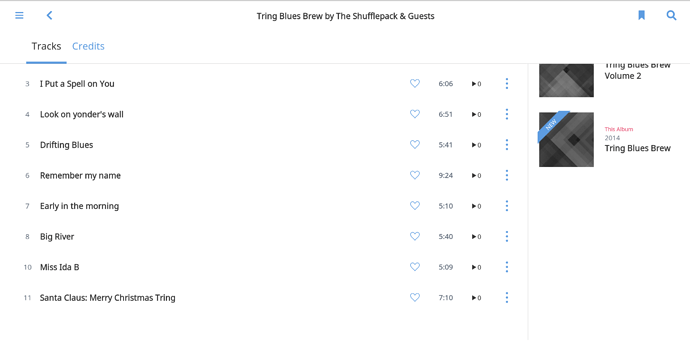 Here is the server and track 9 is there 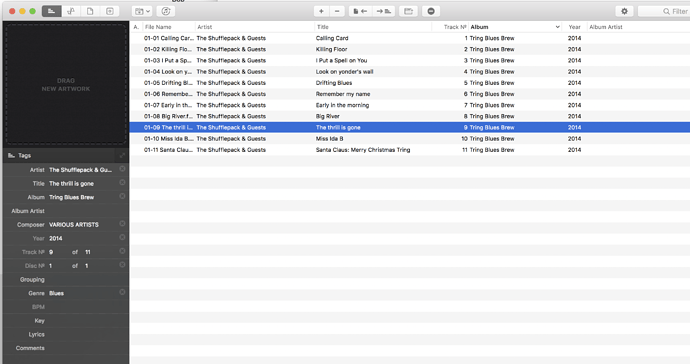 Are you ripping the files directly into the watched folder? If so, does this sound like your problem? Ripping Albums in to Watched Folder Shows Some Tracks Corrupt [fix pending]

Also if I add another watched folder (the specific album sub folder under music, Roon finds all the tracks and creates another album with the missing track 9 in it, so it seems like a sub folder issue, it also seems to be that track 9 fails to import on more than one album, I’ll check next time I do another rip.

Hi Ben, yes I am ripping into the watched folder and have just speed read the thread you linked. I’ll shut roon down next time I rip or rip to a different folder to see if that helps.

But my files aren’t corrupt, they are fine, Roon just misses them

Yeah. None of the files are actually corrupt. The problem is that Roon tries to read the file before it’s done copying, so it can only see the first half of the file (or whatever) and it decides that it’s corrupt because it’s just not all there yet. Another way to confirm that it’s this problem is to look in settings -> library -> skipped files for all the files that appear to be missing.

If it is this problem, there should be a fix coming in our next release, which will be out soon.

Thanks Ben, I just removed the watched folder and added it again so I have lost my skipped file list but have the missing tracks back

I’ll do another set of imports tomorrow and see if I can replicate it so I can scan the library folder, but it sounds like the issue. Thanks for sorting it.

The workaround, pending the fix being deployed, is to stop Roon Core before copying files/folders into your Watched folder, and then restart Roon Core. See:

I get the impression that, since 1.3, adding new tracks to my library will frequently give rise to I/O failures. In the past, to add new albums to my library, I’ve first downloaded or ripped CDs to a staging area, edited metadata if necessary, and then copied the album folders and contents over to my Watched Folder. This copy I have always done while Roon Core was running. Since 1.3, I can almost guarantee that during the copy to the Watched Folder, at least one of the tracks will be marked as…