In my library, this Chris White (member of Dire Straits) is credited in many Nina Simone albums: 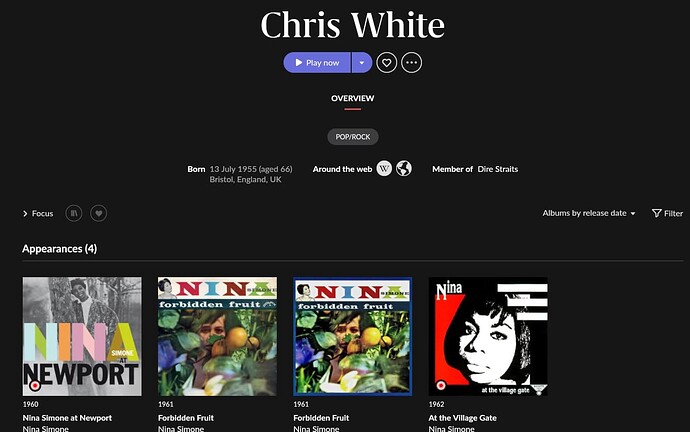 (who in any case is not member of dire straits, but toured with the band)

he is the wrong CW, as he should be: as usual:
-my files are tagged in the PERSONNEL, with Chris White
-roon reads the tags, but does matches the tag Chris White not with the Chris White in its metadata, but with another (wrong) one. see for example: 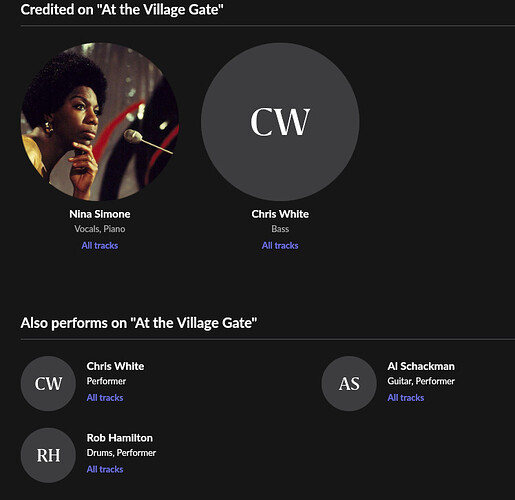 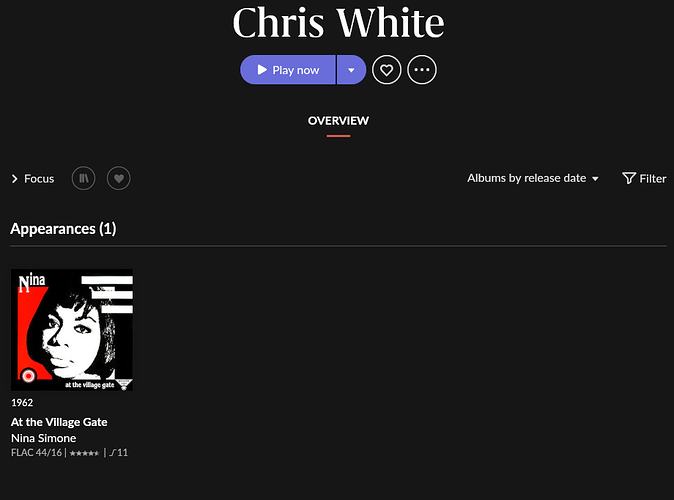 Thank you for bringing this to our attention. As always, we appreciate the heads up here.

These kind of equivalence issues are common, unfortunately. When artists with similar names (as is the case here) lack enough rich metadata content to trigger disambiguation they are often erroneously identified as the same person. This particular situation was likely exacerbated by the fact that this is a rather common name.

There may not be much that can be done in this case as the musicians are sidemen and probably won’t see much distinction develop in their metadata.