A strange situation. Roon appears to recognise this “Four Seasons” Pinnock disk as it does display the correct album cover. Here it is at DGG: 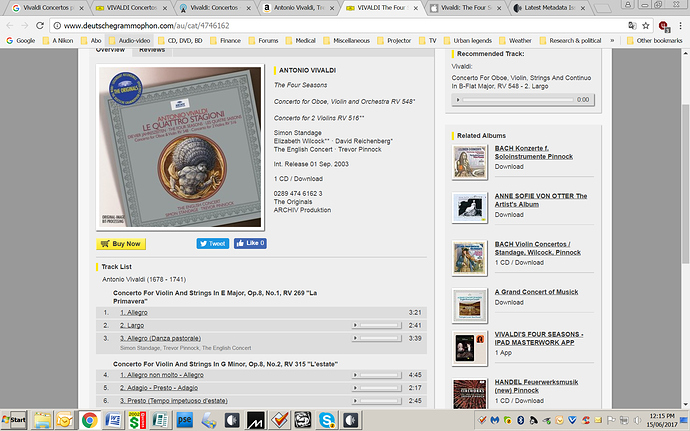 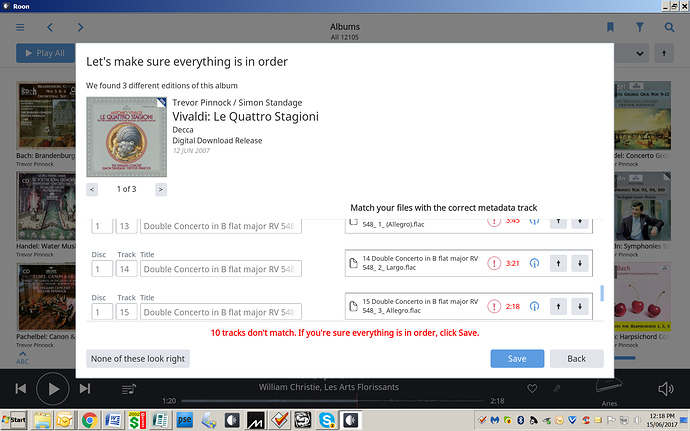 image.jpg1920×1200 432 KB
The one shown of the 3 versions has the least errors for track matching. But it does not seem to accept tracks 13 to 18 although they are on the original album.
And try as I might, I cannot seem to force the 4 seasons to display in groups of “Spring” etc yet the following two concertos do display correctly. The “Spring” etc is clearly in the tracks but Roon is ignoring it.
Not the end of the earth but frustrating and most likely linked to the identification error.

@JOHN_COULSON The album shown on DGG is known to Roon as Vivaldi: Le Quattro Stagioni; Concertos, RV 548 & 516 and it holds 18 tracks. The album on your 2nd screenshot is Vivaldi: Le Quattro Stagioni and has 12 tracks (it does not contain RV548 & RV516 tracks). Those two are different albums.You should match your 18 tracks album with the proper matching candidates proposed by Roon :

Pick the second one in the above : 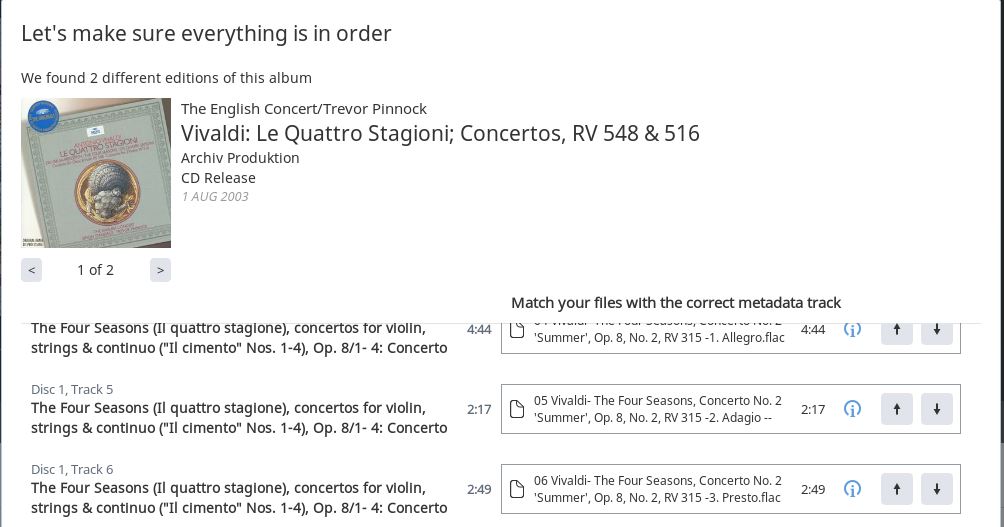 This should now work correctly.

The net connection dropped out awhile ago so I shut everything down for a bit but when all fired up again later this album was nowhere to found under Trevor Pinnock. A search uncovered that Room has inserted Antonio Vivaldi in front of the artist name and identified it as something completely different. So the artist name was corrected but now Roon does not even find that choice shown above and completely failed to find anything like a match.