Moving from 2 versions to 2 albums to facilitate merger

I was trying to merge an Album but created a “Other Version” by mistake. As a result, i only see what is titled as “Primary” in the Album view.

How can i return to having two albums that i can then merge? In other words, i want to see both versions in Album view. 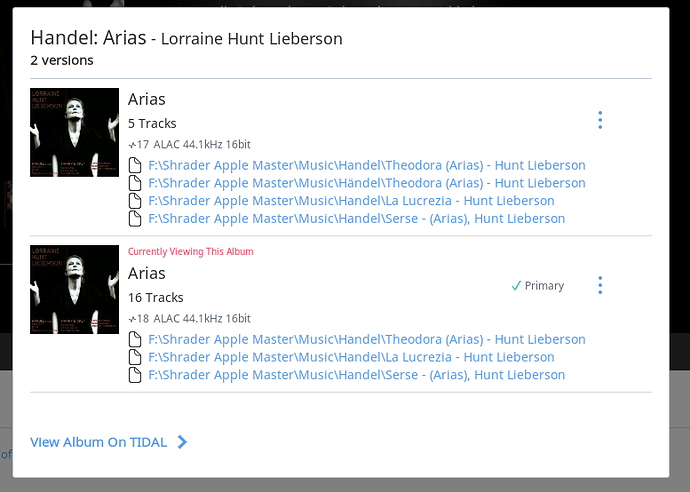 And the view from Albums - only one of the two versions is visable:

You should be able to go back into the album editor and “fix track groupings”. There are other options to try like identify or re-identify that may help.

Also check to see if “show hidden albums” is turned on in settings/general to see if there is another album.

Bob - It was under Hidden Albums. Many thanks!!