There is another thread collecting comments on the effects of the newly introduced MQA sniffer but I didn’t see any comments specifically about it’s effects on radio play so I have opened a separate thread.

The effects are similar to DSD where the radio would hang on the last DSD track played. I only have a few DSD downloads (and no DSD DAC) so this was only mildly irritating and seems to have been fixed in recent releases. The MQA sniffer seems to have reintroduced this behaviour (I don’t have an MQA DAC either) but the difference now is that I have a lot more 24/192 material so the radio stops a lot more frequently. The radio is far from perfect but it is one of my favorite features.

I know the problem only effects new uploads but I have a use case that may effect many. I have a large legacy library of cue/flac, ape, wv, ISO files etc. that roon does not support so I am continually converting (CUETools, dbPoweramp, foobar). The MQA sniffer is classifying a lot of these conversions as mixed format flac’s with at least one MQA file which breaks the radio in a similar way to how DSD files used to break the radio.

The baseline case is that with 24/192 albums that the sniffer has identified as mixed format containing at least one MQA file then the radio will stop after playing any file in the album (MQA or PCM). Hope someone can look into this @support as it must be effecting anyone with legacy libraries who like to use the radio.

We’ll try to reproduce this.

I know the problem only effects new uploads

How are you determining this?

I can be fairly confident that these are false positives from the MQA sniffer release because of my use case. Like a lot of computer audio early adopters the vast majority of my library cannot be played by roon. At least 90% in my case. My conversion project will never complete in my lifetime, but in practice what this means is that hardly a day goes by when I don’t convert and rescan a few legacy cue’s apes, ISO’s wv’s etc. All these files predate MQA by many years so I was really surprised to start seeing a lot of ‘mixed format’ MQA tracks appearing in my library after the MQA sniffer release. As far as I can see it is just affecting my new re-scans. That is what I meant by ‘new uploads’. But the hit rate on false positives is rather high as has been reported elsewhere. About 40% in my case. So for example:

This re-scan breaks the radio: 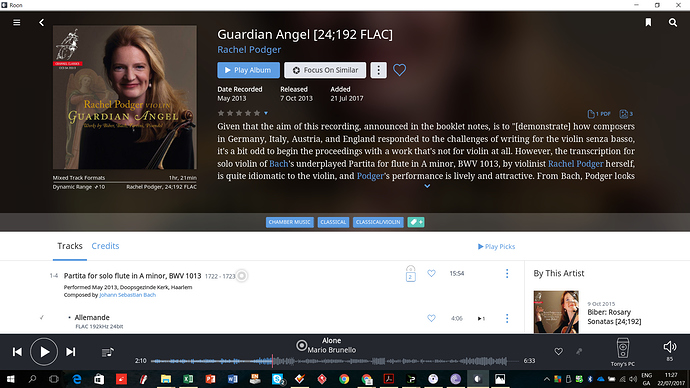 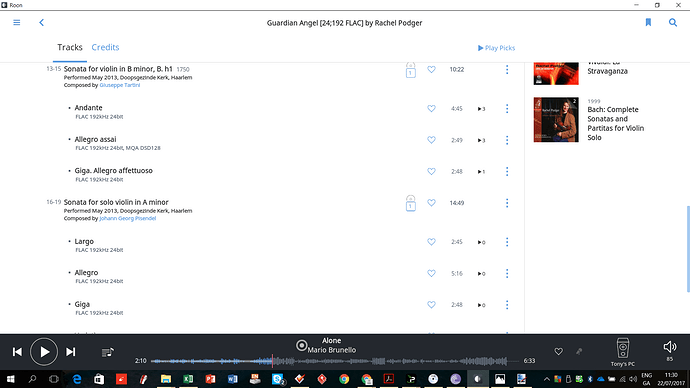 But this re-scan does not: 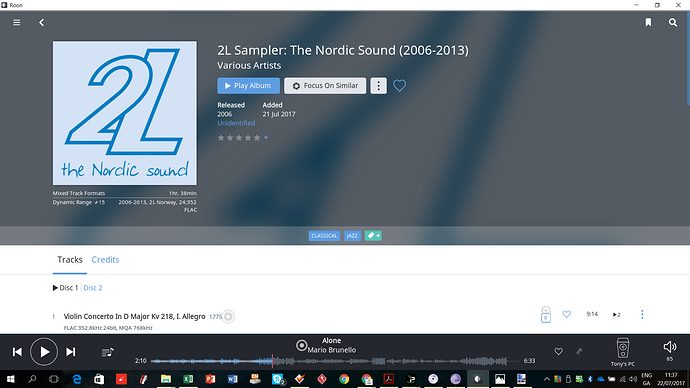 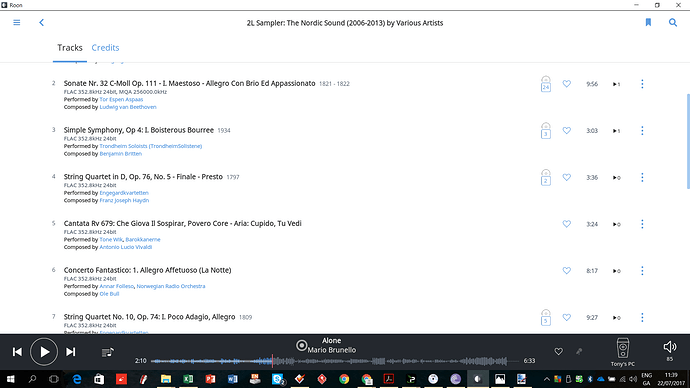 As an aside I really do not understand what purpose this ugly technical screen clutter is serving even if they were not false positives. I don’t think I would have much interest even if I had an MQA DAC. It just makes it difficult to read the track info I am interested in, especially on already busy classical screens.

It is not just high rez material being effected. As I say, I am almost constantly converting and re-scanning something. So I have just come across an example of redbook (16/44.1). The behavior is the same. Radio will hang after any track in this album (PCM or MQA) is played. 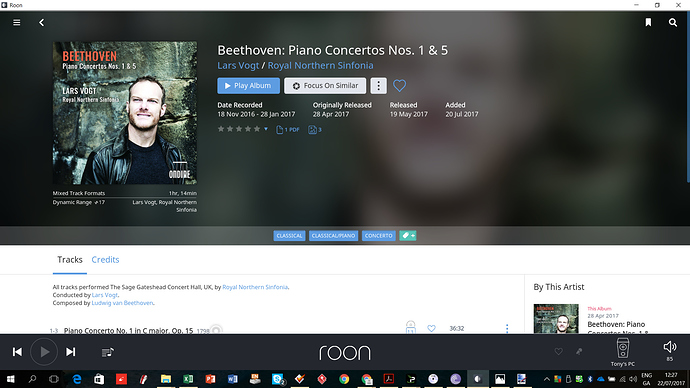 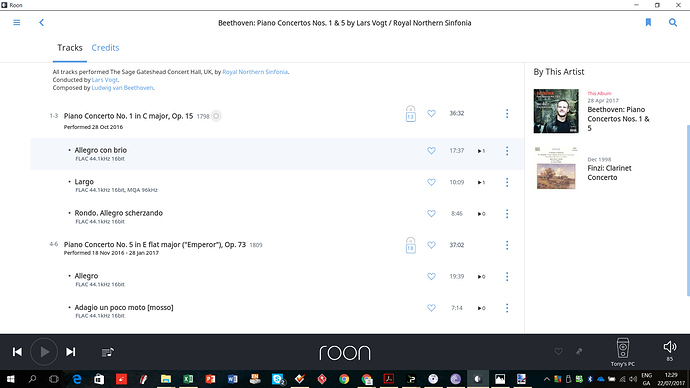 On the other hand, radio is not effected if any track in this album is played: 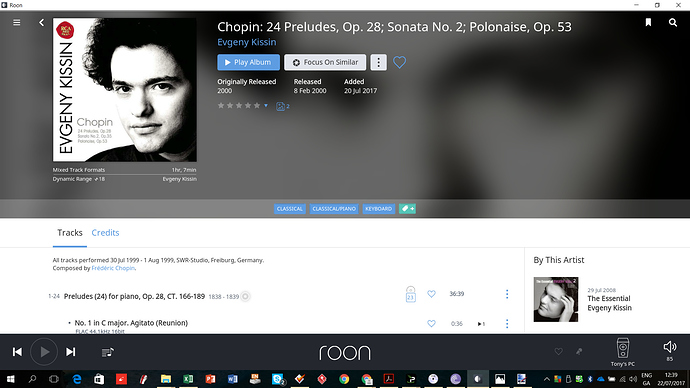 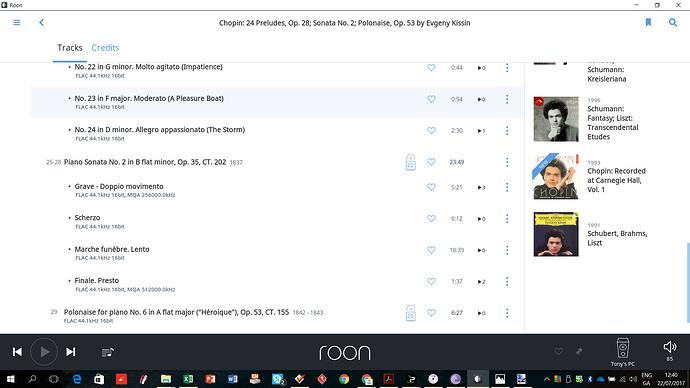