(Since hyperion offers nice bulk discounts here’s another problem with a hyperion release.)

Roon presents me the following (non) grouping of the two multi-part works with consecutive parts the album contains: 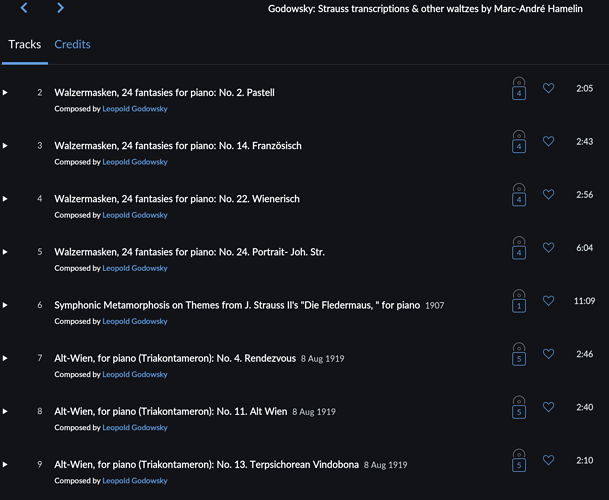 Why aren’t the Walzermasken and Triakontameron not grouped as they should be? 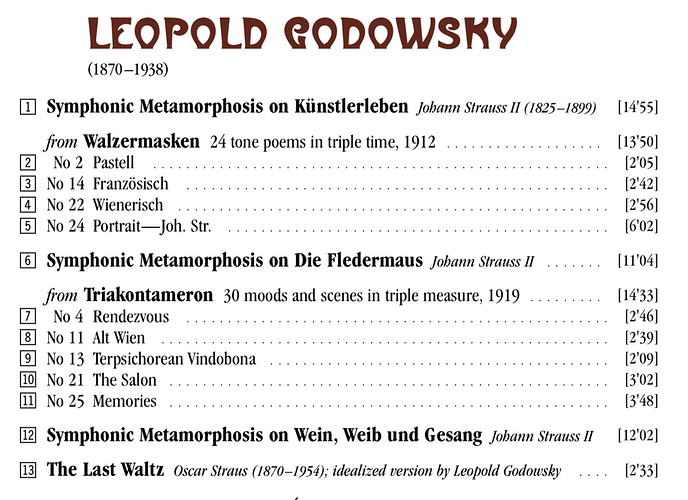 I mean, even allmusic knows about the grouping:

The resulting performance counts are wrong in my opinion, too.

Is it a deliberate decision to not group “incomplete” multi-part works or is it just not done for this album?

BTW, when I switch to multi-part grouping according to file I run into this again: 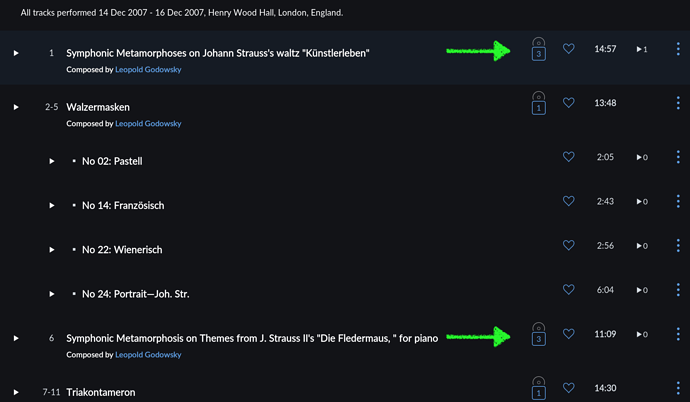 I have a notable number of albums which contain multi-part works where the parts of the work appear not consecutively - out of artistic intent I guess. It’s quite common with choral music albums and also with albums focussing on an instrument and the works written for it. Roon regularly fails to understand that those parts are all from the same performance of the work. Instead it “messes around” with the performance count. To illustrate two examples: A Classical one [Distributed%20Multipa…