I’m trying to get multichannel audio into my Marantz 8802A pre/pro. This unit does multichannel into its HDMI inputs but not into its USB input. It also has multichannel analog inputs. One way to do this would be to connect my Roon server (or another computer with an HDMI port running RoonBridge) to the 8802 via HDMI, but this has all the negative consequences of connecting a computer directly to one’s audio system. I’m really trying to avoud doing that. A second way would be to send the audio to a microRendu or SOSE connected to a multichannel USB DAC like the miniDSP UDAC-8 and connect that to the 8802 via the analog inputs. That would work except the DAC section of the 8802 is far better than that in the UDAC-8, and I’d like to take advantage of that. So it would appear that what I need is a Roon endpoint that it capable of doing multichannel and outputting that to an HDMI port. Does such a beast exist?

I have a Marantz AV7702 so just the rung down from your fine pre/pro. I use the u-DAC8 analog into the 7702. Roon does play multichannel this way just fine. But, the 7702’s analog inputs do not run through Audyssey MultiXT32 so no sound correction or bass management. I pulled out my old Outlaw Audio ICBM-2 analog multichannel bass management device so that is fixed, at least for demonstration purposes. I have yet to find any help on the forum here as to how to get Dirac to run on my i7 server and then to output from there to the u-DAC8.

I also have not tried going direct from the HDMI output of my i7 server (which runs my RoonServer) to the HDMI in of the 7702. That would allow Audyssey to run, which would be cool. Are you saying you have tried that with your 8802A direct connected to your Roon core, or are you remote from your core and want to use an endpoint device there, like an RPi3? Going by recollection of other posts on this forum that I’ve read, I don’t think Roon supports HDMI, even stereo, for that. Others, please tell us I am wrong. JCR

I’m about to move and the 8802 is the heart of the new system that I’ll be setting up there. I haven’t set it up yet (its still in the box), but that’s why I’m asking questions here in anticipation of getting it up and running. In my current house, I’m two-channel only. But I do have an OppoDigital 105D that has an HDMI input and works as a multi-channel DAC through that input, and it does accept multi-channel audio over HDMI from my Mac Mini. I didn’t have to do anything special to make that happen because HDMI just showed up as an output in the “connected to Core” section of Audio Setup in Roon. I did have to switch it to Exclusive Mode however. So I just assumed that it would work with the 8802 also, but it would be good to get confirmation of that.

I’ve recently moved my Roon Core from a Windows 10 server sitting in our meter cupboard to a ROCK-based NUC housed in a fanless case. One of the reasons for the move was to be able to put the ROCK device directly next to my Denon AVR and use HDMI for support of multi-channel.

Because it’s a ROCK build, I would argue that I’ve minimised “all the negative consequences of connecting a computer directly to one’s audio system”…

The negative consequences of connecting a computer directly to one’s audio system are all physical: noise, EMR, jitter and other clock problems. I’m not sure how any of these are affected in any way by switching from Windows to ROCK. Please explain.

Because ROCK is a minimalist OS for a Roon appliance. Your Marantz 8802 will probably have a similar approach to the computer chips and the OS that it contains…

The negative consequences of connecting a computer directly to one’s audio system are all physical: noise, EMR, jitter and other clock problems.

Yeah, that is more of an overblown mystique than a supported fact. Some people say that connecting a computer directly to an audio system has negative consequences. And in theory, that makes some common sense, so it must be true. 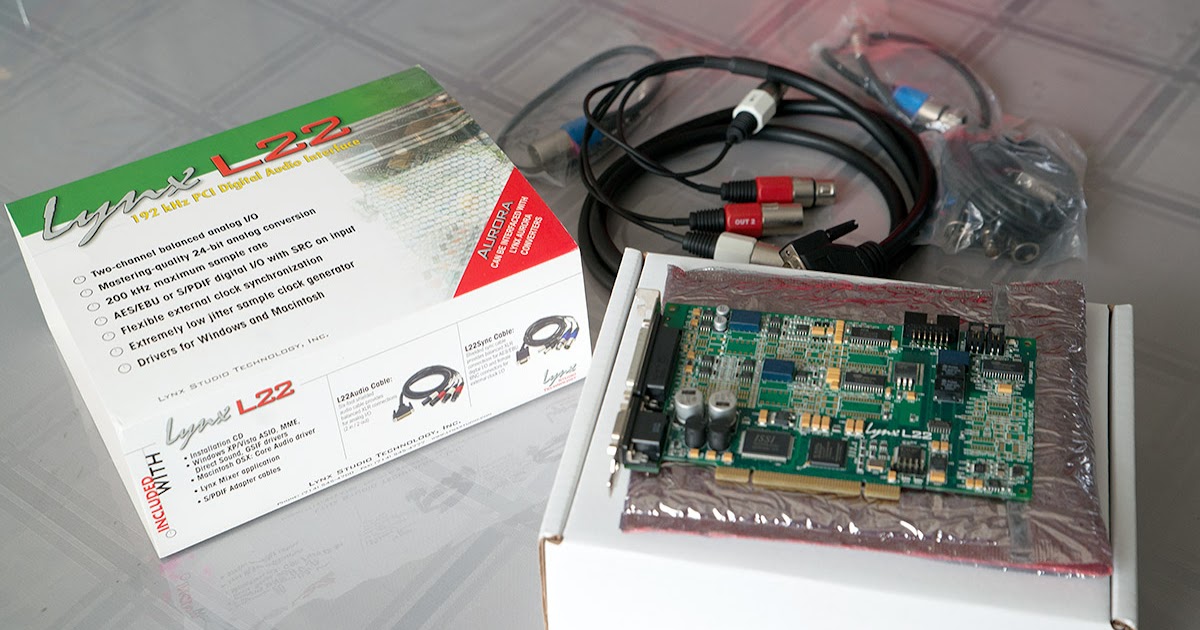 As many of you probably know, Mitch "Mitchco" Barnett is a regular contributor to the Computer Audiophile website with his articles. He's a...

The odds are that a direct HDMI connection from a computer to an audio system will have no negative consequences, measurable or audible, as a rule rather as an exception.

You’re right, there may be some mythology associated with the aversion to directly connecting a computer to an audio system. But I’m not entirely sure that the example you cited is actually a worst case scenario. That is because the items I cited as allegedly being a problem, noise, EMR, jitter and other clocking issues don’t apply when you’re dealing with the analog output of the sound card. The engineers of the Lynx knew the environment that their card woud be used in and, at least in theory, could have worked around them so that they didn’t adversely affect the decodd output. (I don’t know if they actually did, though one would suspect so given that the Lynx was a high-end card in its day.) I think that there is no question that there is an audible difference between a direct connection of a computer to a DAC via USB and, either the same computer with an audiophile filtered USB port like the SOtM or the networked output through a device like the microRendu. If there were a high-end HDMI port that was the equivalent to a SOtM USB board, that might solve the problem. In any case, I’d like to find some solution that would permit multi-room multichannel, and that means a networked endpoint, I think.

So I connected he HDMI port of my i7 W2012R2 server with my Roon core to my Marantz AV-7702. The video is working. A reboot of the server brought the Intel HDMI connection up in Roon’s audio settings. I enabled using channel mapping and 5.1, with fixed volume so as to control through the Marantz. When I select the Roon HDMI and play a multichannel song, I can pick the song but then Roon stops without playing it.

A few other points:

I have JRiver running on the same Roon core server. This is to provide out-of-home access to my music library via JRemote. JRiver does not show the Marantz as an endpoint. Also, after setting up the Intel endpoint in Roon settings, it now refers to itself as “System Output” which I assume is referring to the HDMI direct connected.

@rbienstock, you made mention of an “exclusive mode.” Given that I run my i7 core server in Audiophile Optimizer minimal core mode (i.e., only command prompt control mode), I don’t know how to set “exclusive mode” or what its impact would be on the JRiver running at the same time. My miniDSP u-DAC8 is also USB connected to my core and I wouldn’t want to have it stop working either.

I’m not sure if this is relevant in your system as I’m running Roon on a Mac. Macs run audio through a MIDI mixer which doesn’t permit DSD or some other high resolution modes. In Roon, in Device Settings on the Playback tab for each device, there’s a toggle to run it in Exclusive Mode which allows Roon to send to that port whatever resolutions your DAC will accept.

So if I get this right there is no possibility (at this time) to use a MacMini to input DSD/DFF files using HDMI into a Marantz or any other multichannel PreProcessor without other hardware or sorftware add ons?

See my similar question and thread elsewhere on the site. The best answer was from Geoff Coupe, where he replied: “I have an Intel NUC7i5BNH (actually with the motherboard transplanted into an Akasa fanless case). It’s running ROCK, and I get a 7.1 multichannel connection with my Denon 3808 AVR via the HDMI connector.” I think I’m going to try the exact solution, including the Akasa case! - Cody

If helpful, I’m successfully getting Roon via HDMI from an i7 server running my Roon core plugged directly into my Marantz prepro – exclusive mode selected in Roon audio setup – Marantz is successfully running Audyssey sound correction for my 5.2 setup. JCR

I have a MacMini and am using HDMI for my monitor. How do I then route HDMI audio to either my Oppo BDP-103 or my Yamaha CX-A5100 processor? I have purchased an inexpensive 4K HDMI Splitter 1 X 2, but this does not seem to work.
With Channel Mapping Only enabled Channel Layout allows only 2.0.
What am I missing?

I’m no Mac expert, but could you not try connecting your monitor via the Thunderbolt port, and use the HDMI port for your audio connection?

Or connect the monitor to the AVR as an option if you don’t have thunderbolt adapter to try.

The splitter maybe using the lowest common denominator for the detected audio capabilities.

I’m already using Thunderbolt for my Drobo. However further investigation shows Drobo with 2 Thunderbolt ports supports a monitor. So I’ve ordered a Thunderbolt to HDMI adapter. If this works I won’t need other less desirable solutions suggested.
Fingers crossed and thanks!

See my similar question and thread elsewhere on the site. The best answer was from Geoff Coupe, where he replied: “I have an Intel NUC7i5BNH (actually with the motherboard transplanted into an Akasa fanless case). It’s running ROCK, and I get a 7.1 multichannel connection with my Denon 3808 AVR via the HDMI connector.” I think I’m going to try the exact solution, including the Akasa case! - Cody

Hi,
could you provide more details ie, what OS is he running / setup etc… or link to his post?

It’s running ROCK, so OS is ROCK which is Linux based.

FWIW, it also works for me from an endpoint with Win10 (don’t ask me why I use Windows) and from my Roon Core with Ubuntu Server. The endpoint is an older NUC and the latter is a similar sized Dell.

In both cases, connected to an Emotiva XMC-1.

okay, so ROCK and bridge plugin/module right? Is it possible to say which is the min. HW config of NUC for ROCK acting as bridge to playback 5.1 / 24bit MCH flacs? thanks