I have recently started listening a lot more on headphones instead of my speakers and was wondering if there’s a way to get audio output to multiple devices at once. I’m using my integrated amp currently but was considering a separate DAC/AMP for headphones. Can I plug in multiple USB cables into my Pi and have them all output audio?

Can I plug in multiple USB cables into my Pi and have them all output audio?

Yes you can. I’ve had my ALLO DigiOne hat plus two USB devices running simultaneously.

Hmm, I was under the impression that streaming to a RAAT device forced it to be in exclusive mode, which should disallow simultaneous output to multiple devices.

I know I tried to output an RPi to two different DACs (so I could do A/B testing thru a pre-amp) and it didn’t work. 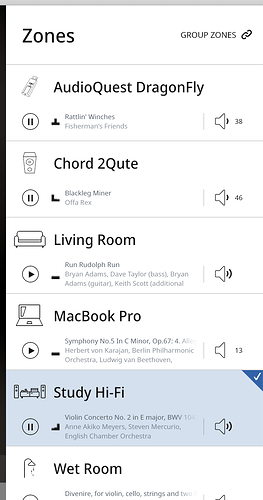 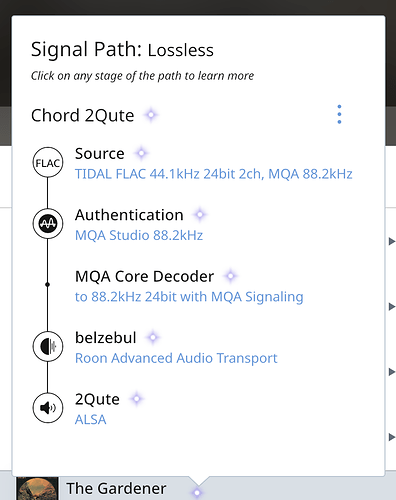 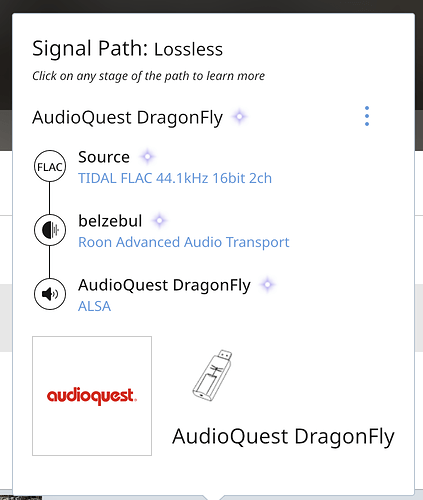 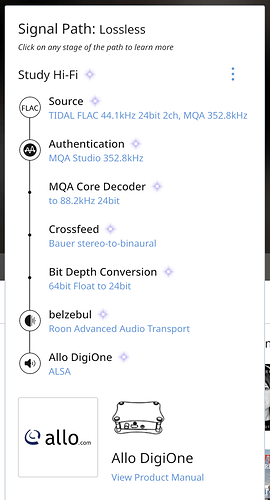 I have nine sets of headphones & six headphone amps, but only two ears. Haven’t figured a way around that yet…

I have had my ROCK powering two DACs also had the same on a pi running Ropieee and they can both output at the same time via USB. So yes it’s possible. You just make each one a different zone.

You use Windows though. It works fine on ROCK.

Ive had the same signal via a grouped zones setup all on one RPi with several USB DACS all playing at the same time. primarily I use for A/B testing when doing this but you can also stream different things to the devices all at the same time, however if you are using high bit rate streams it might not cope too well simultaneously. One or 2 streams or grouped zones should be no issue.

You use Windows though. It works fine on ROCK.

Very cool! Does the Render/Decoder light up on the Dragonfly too?