Multiple copies of the same album in selection view

If I search for The Flaming Lips then the Tidal albums seem to have two or three pictures of the same album showing, they don’t seem to be variants or are they? 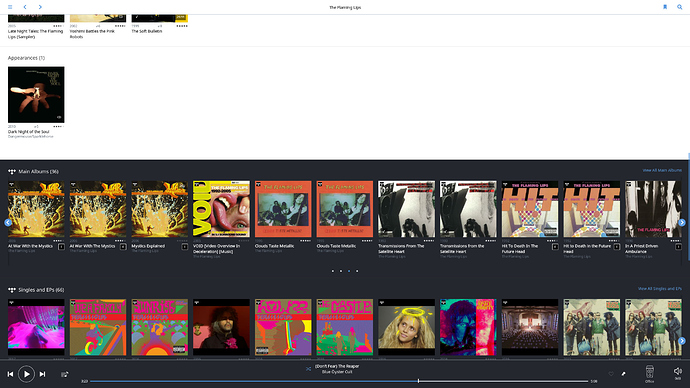 Hi @ged_hickman1 Yes, they are variants. We aim to show nothing more or less than the albums which are available in your TIDAL region using TIDAL’s own app. At the moment, we have no way of displaying M(aster) variants, and there are are a few Flaming Lips MQA albums. However, in general, there often apparently identical versions on TIDAL which are not!