I did an Orbi firmware update today. The upshot: two rpi4s, one running wirelessly on our porch and one hard wired into an Orbi satellite in our living room, along with two Dell PCs, one running wirelessly in our bedroom and the other hard wired into the same living room Orbi satellite, are not visible in Roon any longer EXCEPT in the About section on my basement PC running Roon remote, where they all appear. The “missing” devices don’t appear in the About section of my laptop PC running Roon remote. Yet, three of the four “missing” devices appear in the About section of my iPhone running Roon remote. In any case, I can remote via Putty into the rpi4s and I can remote via VNC Connect into the PCs. So, all the devices that no longer appear in Audio under Roon are indeed on the network and are actually seen by Roon, as they all are listed in at least one PC’s About section as noted.

Tell me this isn’t weird.

The other six Roon endpoints, plus my three HQP endpoints (two of which run NAAs on rpi4s under DietPi), all are working fine.

I’ve rebooted the rpi4s and PCs multiple times, along with the the server and the router. I even uninstalled Roon Bridge on one of the rpi4s and reinstalled it, just to see if that would help, which it didn’t.

For a while, Roon on my iPhone could not discover the core, even though other PCs in the home were connected and Roon remote on them allowed me to function. The phone has resolved itself.

I will also note that a few days ago, I installed two new Ubiquiti switches on my network and enabled flow control in them. I do understand that Roon sometimes does not like managed switches. However, flow control did not cause a problem with any of the Roon devices on my network. Just to take that out of the mix today, however, I did disable the flow control before rebooting the Roon server and router.

So, community and @support, what do you think this is all about? Thanks. JCR

I did an Orbi firmware update today

two Dell PCs, one running wirelessly in our bedroom and the other hard wired into the same living room Orbi satellite, are not visible in Roon any longer EXCEPT in the About section on my basement PC running Roon remote

It sounds like the firmware update might have messed around with multicast discovery, I would check the Orbi settings for IGMP Proxying or IGMP Snooping see Networking Best Practices Guide for more details.

Hi, @noris. Ah, were it so simple. True enough, the Orbi router box to disable IGMP Proxying was indeed checked. Unfortunately, I don’t know if it was checked or unchecked previously. In any case, I unchecked it now, saved and rebooted the Roon server (not the router). Same outcome, except now, my phone has gone back to not finding the core. See attached screenshots. 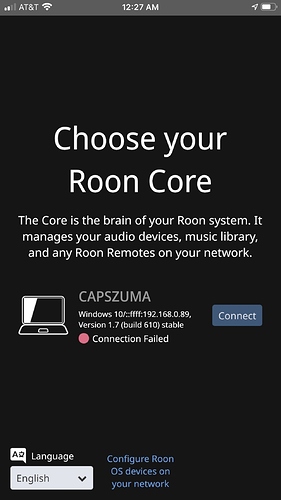 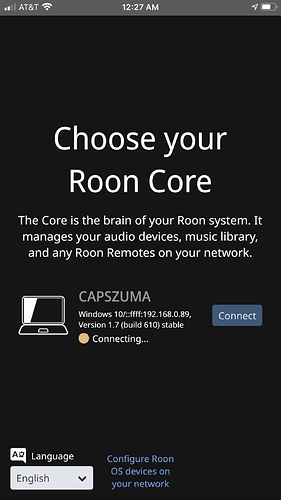 @noris, I have good news to report. As noted above, merely unchecking the IGMP Proxying box in Orbi was not enough to bring back the missing endpoints, including my phone. I just went through troubleshooting with Netgear and the solution was, in the end, simple. They had me power down manually both the modem and router, and when they both were back up and running, all the missing endpoints, and my phone, were properly functioning.

From this, I might draw the conclusion that the box for IGMP was likely auto-checked when updated the router firmware, and merely unchecking it, without a full manual reboot of the router, did not actually turn IGMP back on properly.

Thanks for your assistance on this one. Cheers. JCR

Thanks for letting us know that the full reboot and re-checking IGMP settings have resolved the issue on your end, that’s fantastic news!