Earlier today I purchased an album and by mistake got the 192-24 FLAC version. Later I saw DSD 256 available the the site let me have a version of that. The “versions” tab correctly shows that I now have a FLAC version and a DSD version. I am confused by it showing both DSD 128 and 256. 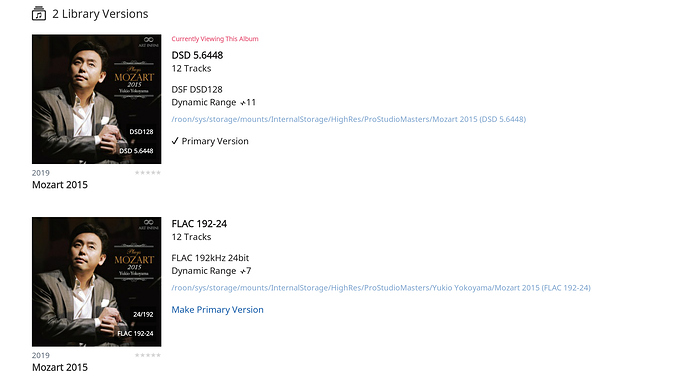 When I look at the directory that has the DSF files I see only 1 version. Why some files include “256” prior to .dsf and others do not is interesting:

For this reason, I think I only have files for 256 downloaded.

Finally look at they dynamic range difference between the FLAC version and the DSD version. Why the difference in this case?

“DSD 5.6448” is in the album title in parentheses so it is displayed on the screen as you see it.