I’ve been importing songs into Roon but each time I do, Roon creates a duplicate album instead of adding the new songs to the existing album. Referring to the image I’ve uploaded you’ll see multiple copies of the same album. How do I fix this or prevent it from occurring in the first place? 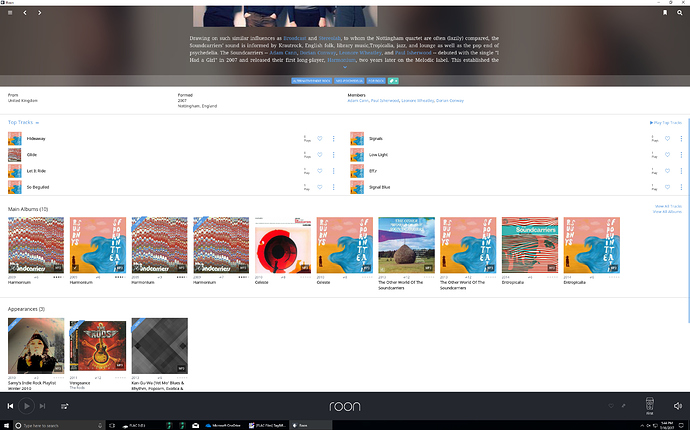 When you add the individual tracks, are you putting them into the same folder with other tracks in the same album? ie. what does the folder structure look like for Harmonium?

Anyway, to fix your album, right click each “album” with one (or more) track and click Edit at the top right of the screen. Then select Merge Albums.

That should combine all the tracks into one album. More info here.