OK, that was weird. I set up two different zones with via two connected USB DACs. I set up both in exclusive mode. I was switching between them, plugging headphones into one and then the other and selecting different zones. Soon I noticed that each zone seemed to be playing different music–at first, the same song, different location, then later, different songs by different artists. At one point I noticed that one of them was playing the music at approximately half speed. A few minutes later, I paused the only instance of Roon that I could see, but the music kept on playing. I could only end the music by shutting down Roon.

My setup is in my profile.

Each zone has it’s own queue and can play separate audio streams. The Radio feature will kick in by default and play similar tracks if the queue is empty. Interesting that it diverged for each queue, but not a bug.

The play controls are separate for each queue. You can pause all zones from the queue screen (Edit: actually the zone screen, left click on the current zone icon, top right), but otherwise a pause just pauses the current zone.

Playing at half speed is a bug that got squashed some time ago. Let’s flag down @mike or @vova to see why it’s crawled out again.

Thanks Andrew–interesting. That’s one of the challenges of Roon, it seems to me: There’s just so much going on, it’s hard to wrap your head around when you’re just getting started.

For completeness I should note that you can group Network Zones and synchronise playback, but they must be like Zones: Meridian + Meridian, AirPlay + AirPlay, RAAT + RAAT.

Andrew–I think I read, though, that you can’t do that with USB zones, right? That confuses me, since at this point in my Roon learning, I’m not sure what other kinds of zones there are.

I think I read, though, that you can’t do that with USB zones, right? That confuses me, since at this point in my Roon learning, I’m not sure what other kinds of zones there are.

I’m not sure what you’re using as a transport/endpoint to get music to the USB DACs, however, I can tell you that if you’re using something like a Squeezebox Touch devices or multiple instances of Squeezelite they can be grouped to synchronize streaming.

In my case I’ve got Squeezebox support enabled in Roon and have multiple devices on my network running Squeezelite. Each of these is connected to a DAC via USB. To get them synchonised all that’s required is that you group them under audio settings. Roon will then stream the same content to each instance until you remove the grouping. Something to bear in mind is that different DACs handle switching between various formats differently, e.g. my custom build DAC switches beween formats seamlessly without a noticable delay. The Yggdrasil on the other hand needs some time to get it’s house in order when switching otherwise the beginning of the track is lost during switching. Setting the audio delay to 1500ms solved that…so I had to set the same delay for the instance of Squeezelite driving my custom DAC to ensure playback is perfectly synchronised between the two.

I’ll post some screenshots later today to show the settings. 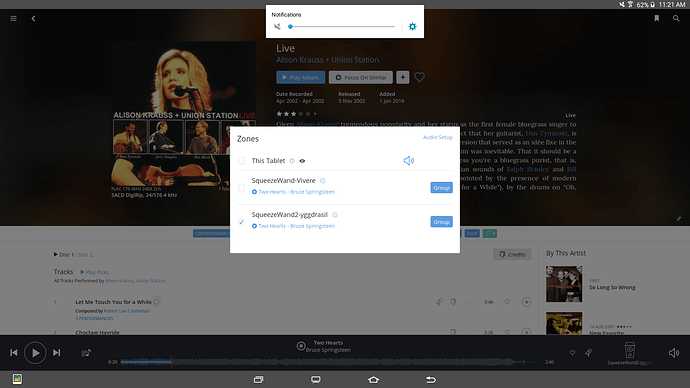 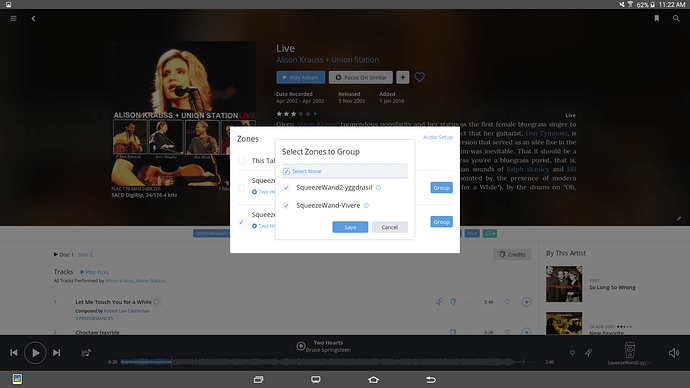 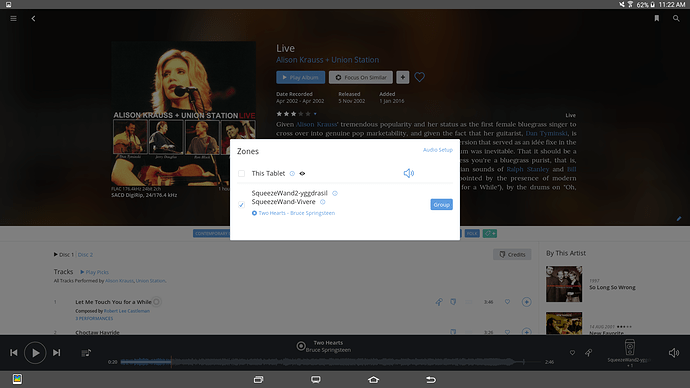