I’d like for Roon to scan new music as fast as possible so I set the analyzer to use all available cores.

However, this causes my machine to work very slowly when analyzing as Roon is using all available CPU resources.

Is it possible to have Roon run the analyzing threads at a slightly lower priority than normal? That way Roon won’t hog more important resources when it doesn’t have to.

I couldn’t find any priority settings.

All I can see is the number of cores roon will use. I want to use all available cores, but run at a lower priority.

My network is down at present so I can’t access a run client that will actually allow menu navigation, but if memory serves its the option directly beneath the number of cores setting, or it’s in the same option set you’re looking at, I think the option is called throttled. 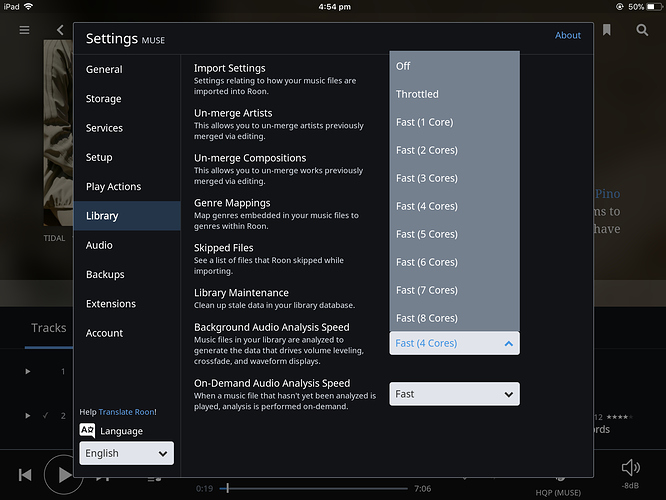 Throttled will lower the priority of Roon background analysis.

I feel that “Throttled” reduces the speed of analyzis by Roon’s scheduler by adding idle delays between frame analysis.

Also “Throttled” always uses only one core of the machine.

As for On-Demand, you can see the explanation in the screen cap. 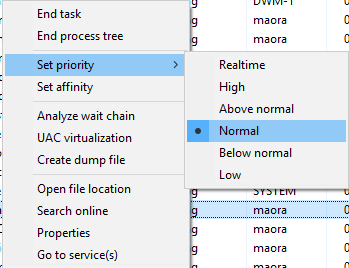 This is what I mean. If I force Roon to run the analysis at a “Below Normal” priority, Windows runs relatively smoothly, but analysis is performed as fast as windows allows it.