I have problems adding multi-disc sets into Roon.
The latest is Lamp Records - It glowed like the sun/ The Story of Naptown’s Mowtown 1969-1972. I have 4 folders for each CD. I’ve tried copying all 4 together and individually. Only one is displayed and only the tracks on one of the CDs. Perhaps there’s something in the metadata, f so how do I change it and to what? 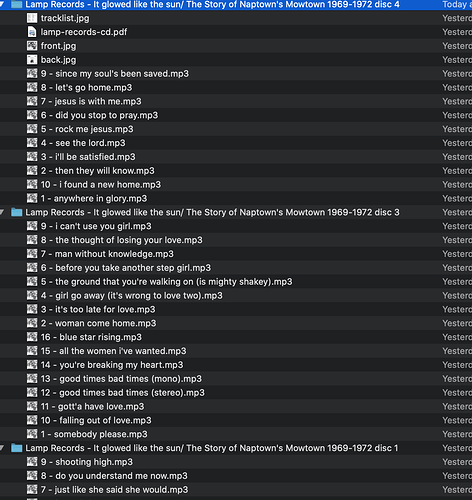 I tried puting the 4 folders together in one folder and copying it to the Nucleus and only disc 3 and disc 4 displayed in Roon. 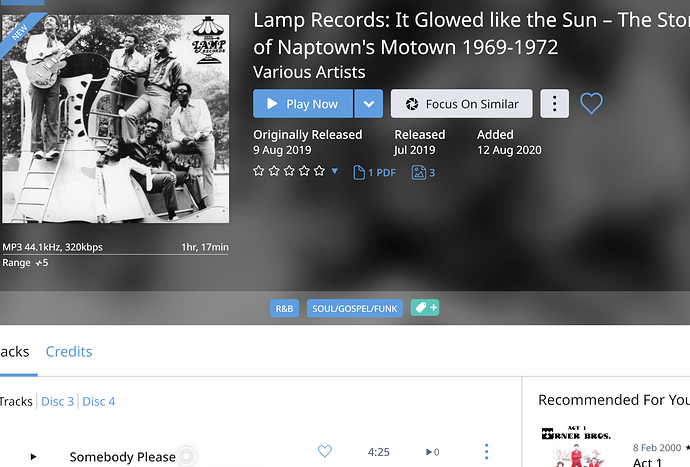 Sounds like three problems. As is more common these days there is both a physical CD and digiital download release. Roon has metadata for both. You will probably have to ‘manually’ identify against the CD release (the second one in this pic): 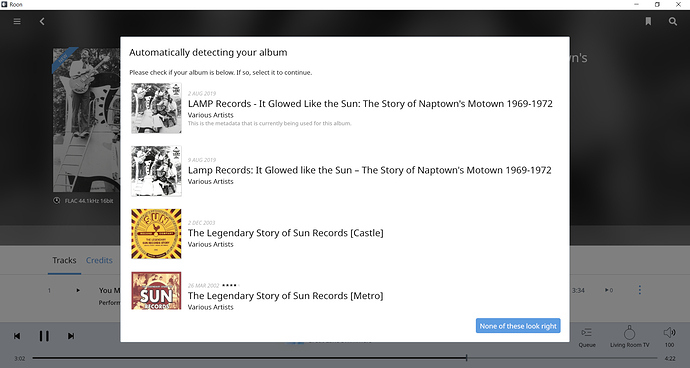 Secondly, you do need to put the CDs in separate sub-folders (under the album name). But you have to give them simple generic names like CD1, CD2, CD3, CD4 so that roon know they are part of the box set CD release.

Tony’s advice above is definitely great! We have this article in our KB that goes over best practices for multi-disc albums — Definitely make sure to give that a read and make sure that your file structure is in the recommended format.

As Dylan says - read the KB article. If I look at your screenshot, I can see that you have a folder naming convention that the article explicitly says: “don’t do this!”

I tried renaming folders and only the 2nd disc appeared in Roon. Does this mean I need to change the tags in n external party tagger, I’ve never done this before and it seems quite complex. Is there a simple solution that you can recommend? 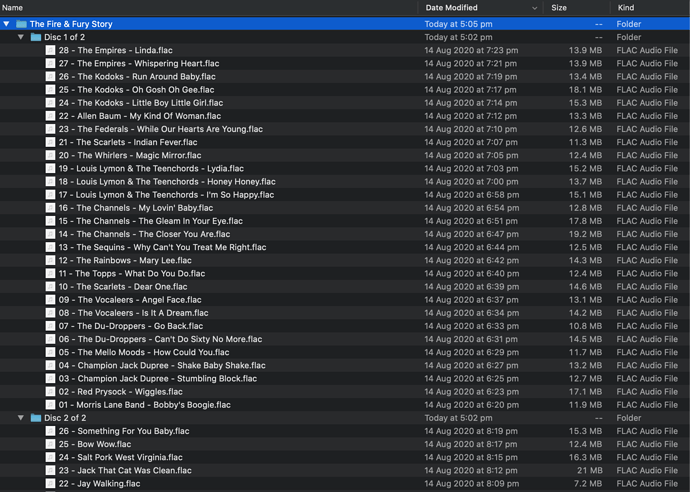 Roon recognizes CD1 etc , anything after eg CD1 - Piano … is seen as a separate album and will import as such and is unlikely to identify

Simply number CD1, CD2 etc and have all tracks with the same album name

You still will need the CD# Tag set correctly

I just tried that and still only CD2 displays in ‘Just Added’. When I do a search for Fire & Fury there’s no sign of CD1. I just did a search for one of the artists on the first CD and I found CD1. But it won’t appear in ‘Just Added’ so I can merge the album as CD1 and 2.

That’s strange. Does the tagging across the two lots of files appear consistent?

Select both albums and then Merge them.

I just tried that and still only CD2 displays in ‘Just Added’. When I do a search for Fire & Fury there’s no sign of CD1. I just did a search for one of the artists on the first CD and I found CD1. But it won’t appear in ‘Just Added’ so I can merge the album as CD1 and 2.

You’ll need to find them in the Album Browser. Try ordering the Album browser by Title, and see if the two albums appear side by side (what title does CD1 have?).

Not the file names, but the metadata within the files. If you use a PC you could download MP3Tag and check them.

OK, thanks I’ve a Mac I’ll search for something similar