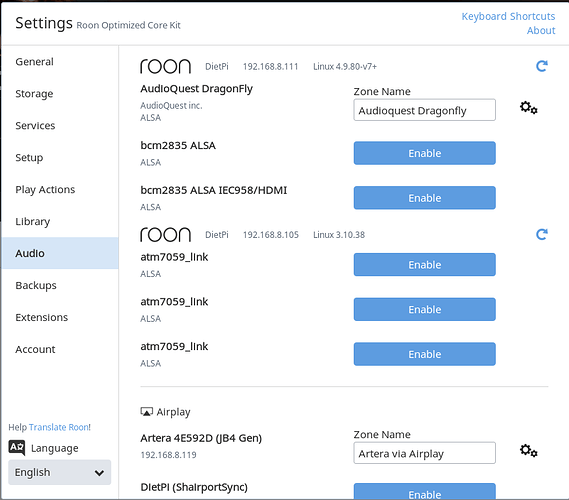 As a test, I plugged the Artera into the RPi that I use for a Dragonfly, and the zone appeared in Roon, and the Artera reported it could see PCM and DSD streams: 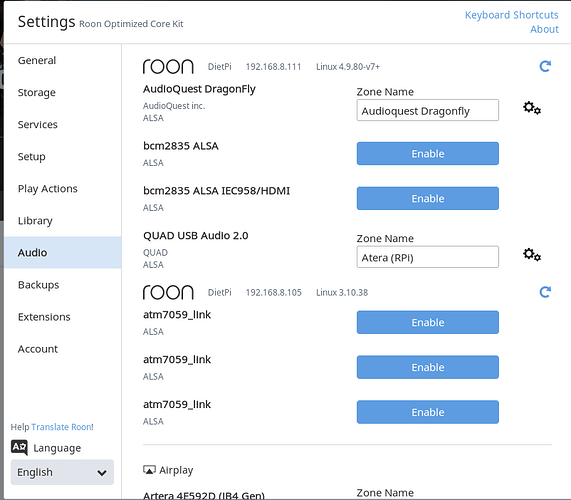 As a further test, I plugged the Artera into one of the USB ports on the Allo Sparky in the USBridge, and the zone appeared in Roon, and the Artera reported the presence of PCM and DSD streams: 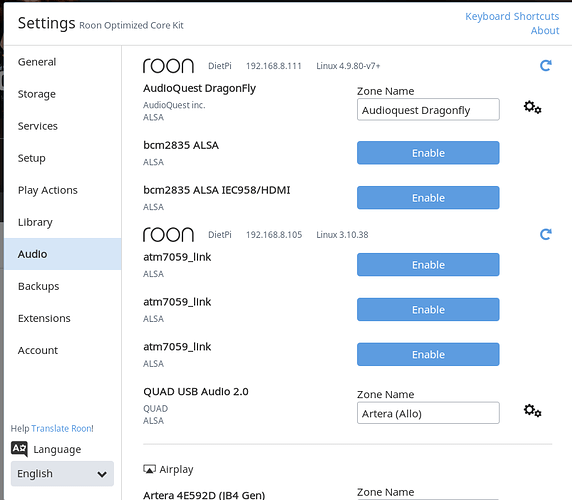 So it seems to me that the HAT in the USBridge has died. What now, @allo.com or @ALLO_audio_boards ?

can you do ssh login and check basic linux commands.
lsusb
lsusb -t

Thanks for your reply, and PM. I’ll be able to do testing later today, and I’ll report back then.

So I did the ssh login and did the commands. The result was that Allo tech support thought that the USBridge board attached to the Sparky SBC had failed. They arranged for a replacement board. This arrived, I installed it, and still no joy. No endpoint shown in Roon (whilst plugging the Artera DAC USB into either the Sparky or a RPi would bring up the endpoint).

So now I’m waiting for a replacement Sparky from Allo, that should be on its way this week.

Hopefully, this will get me back up and running. In the meantime, I’m using a RPi running DietPi as the connection to my Quad Artera.

The replacement Sparky board arrived this morning (sent from India). I fitted it, and at first nothing happened, because I had assumed that it would have an eMMC fitted. My mistake.

After I transferred over the card from the old Sparky, and reassembled everything for the umpteenth time, it all worked fine. My Quad Artera DAC is now being seen by the USBridge. Back in the air…