My Nucleus+ keeps dropping out

When using DSP to upsample to DSD512, it drops out both on Auralic Aries Streamer/Vega G2.1 DAC (connected via ethernet) and TEAC NT-505 DAC via USB cable. 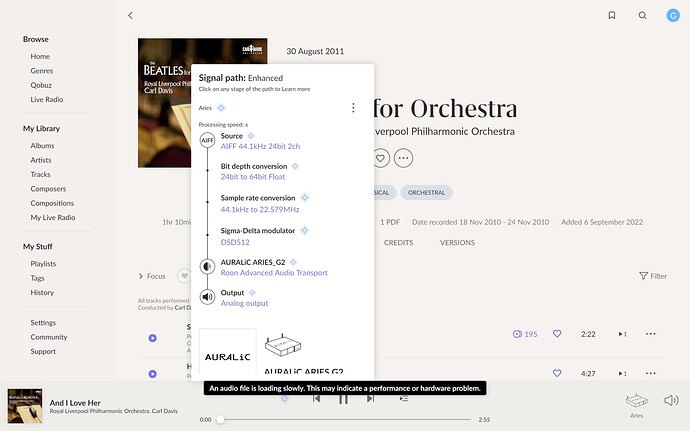 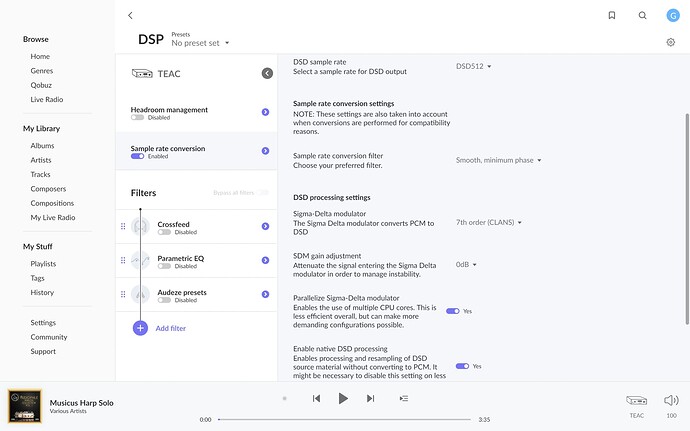 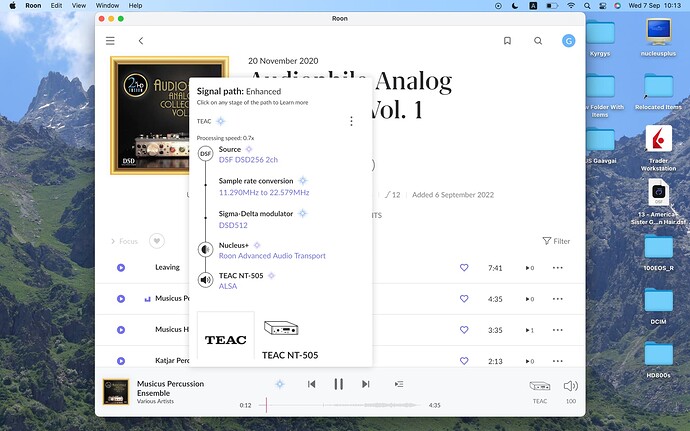 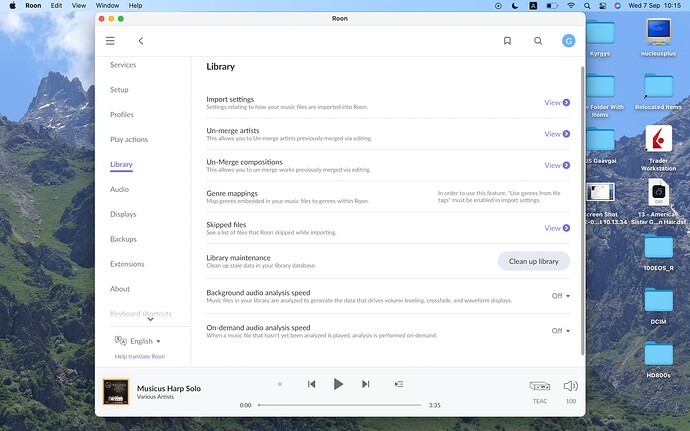 what is the processing speed… its not showing anything after the x in your screen shot…this is critical info and anything less than about 1.4 will potentially have stuttering/dropouts

also what are DSP settings in a screenshot too please

The processing speed you showed is too low. It needs to be above 1.4x at least.

Hi. the processing speed was 0.7x before it dropout.

that is right. it has something wrong

try at DSD256… the Nucleus is not the best for such DSD512 ability as the CPU is not so fast.

Mine is Nucleus Plus, which is supposed to support any DSP settings

As others have mentioned in this thread, if the processing speed drops under 1.0x, it can cause playback issues from stressing the system too much.

Hi there’s, I turned it off. Still no difference.

Reread the bolded test above…just because you got a sports car doesn’t mean it can compete at F1 levels even though it can drive around the track.

As support noted DSD is a very heavy load on a cpu and a Nucleus plus is not up for the maximum possible.

I understood that All DSP functions are possible.

That said I often wondered why roon didn’t properly limit the DSD upsampling to a number that was adequately achievable for the respective nucleus models. This would stop all the issues about trying to achieve the impossible.

This is true for the nucleus, the OP has a nucleus+.

Not what the website says. It says All DSP combinations possible. Since it explicitly qualifies for the nucleus that this is only possible in the PCM domain for the nucleus, one may safely assume that the nucleus+ can do DSP in both PCM and DSD domain.

Roon promises that it should just work, so any statement along the lines of “your core is not powerful enough” doesn’t hold.

As noted in my edit this should be properly supported or spec’d by Roon’s documented capabilities.

But I do know people who upsample to DSD512 without any problem. They also have Nucleus+

It’s possible it’s a thermal throttling issue I guess so you could return it with this as a fault and maybe they will redo the thermal transfer paste, and retest the system for full rate DSD512 operation.

I spoke to the team about your case, there are a few possibilities as to why the issue is happening. Where are your media files stored, are they on attached storage or network storage? If the network speed is too slow, Roon might be having issues with streaming them.

It’s possible that there is a thermal issue on the Nucleus, as @wizardofoz mentioned and the unit might need more thermal paste added or something similar. Finally, it could be an issue with the Roon database. We activated diagnostics and it looks like you might have RoonBackups being saved to your Nucleus Internal Storage location.

It is bad practice to have Roon scan backup directories that it creates, and may cause some strange behavior. I would move your Roon Backups off the Internal Storage just to check if this is playing any part. Hope this helps!

Now I start to wonder whether it is Nucleus + or just Nuclues. I have replaced Nuclues with this Nucleus+ hoping that it will improve the DSP settings. How can I verify its CPU specs?