My Playlists Not Working After Build 102 [Solved]

I no longer can add to My Playlists 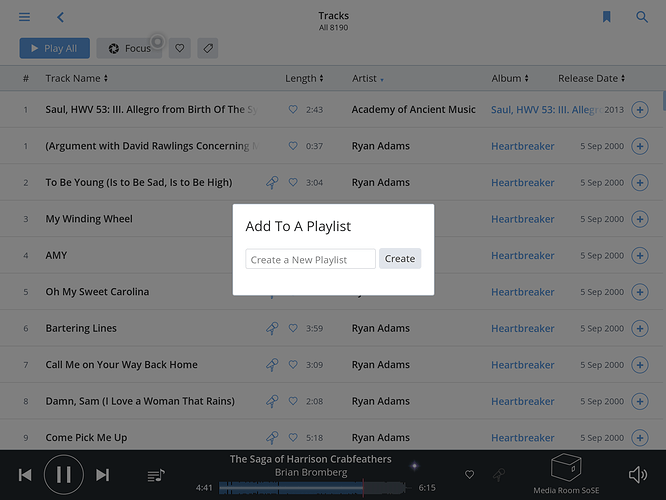 But in the pull down it appears 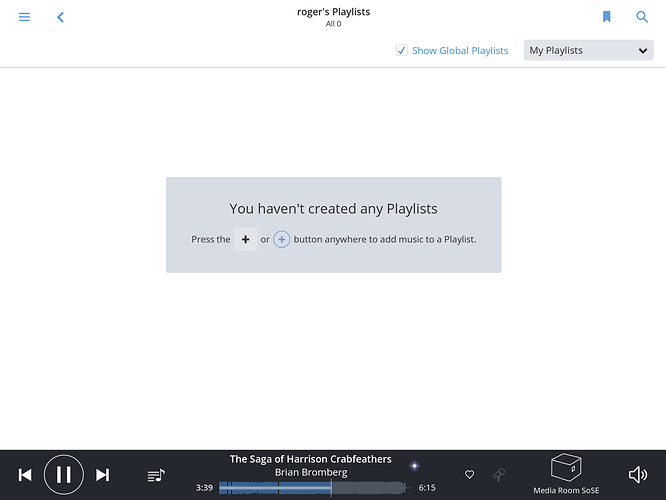 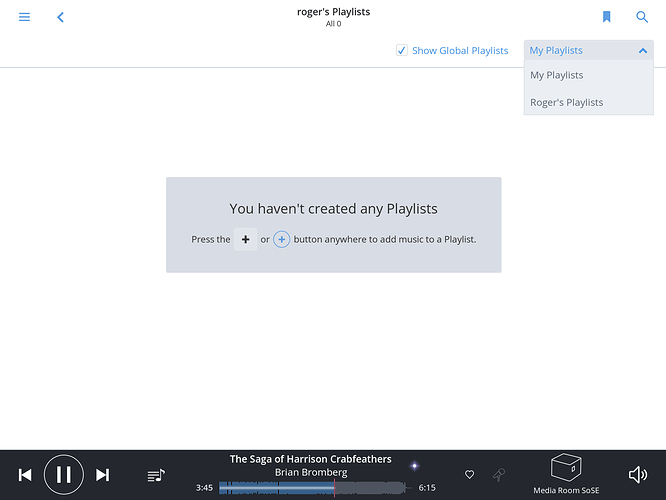 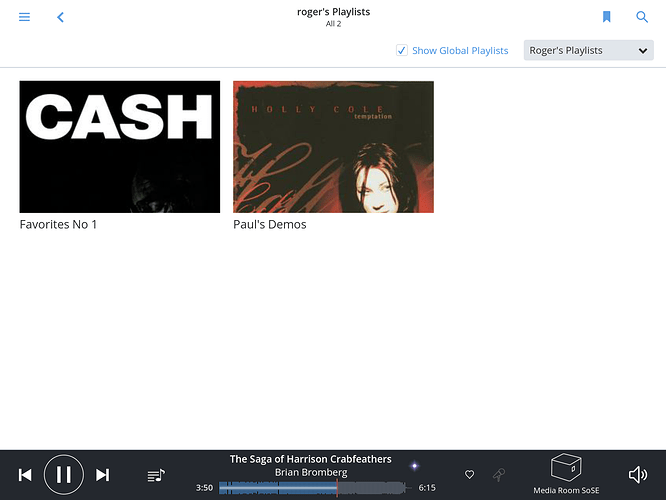 It looks like you have 2 profiles – just switch to Roger’s profile and try to add something to your playlists.

Can you explain your steps in details ?

FYI: Playlists imported from Tidal, iTunes, or from M3U files are not editable, ie you can add tracks only to playlist which were created in Roon.

Can’t add to p/l from NAS rips or Tidal, don’t have any iTunes files. My set up is Sonicorbiter SE/USB>Regen>Yggy, Roon on a LAN laptop, ripped files on Synology 412+. iPad control. Has worked well until 102. So I can go to my playlists and play anything but can’t add tracks.

I still haven’t resolved this, if I uninstall/reinstall Roon will I lose my playlists, ? don’t have any tagging.

Let’s drop flags for @mike and @vova to let them know this is not yet resolved.

I may have corrupted my last install, it was interrupted so ill try that tomorrow, thks.

Are you switching profiles at the top of the sidebar? Where it says Mike: 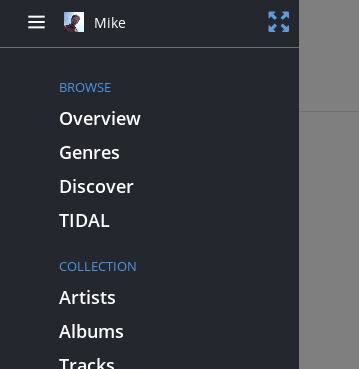 Let’s make sure the profiles are working as you’re expecting, then we can figure out what’s going on with the playlists, ok?

If you’ve previously created playlists in Roon, and you want to add to them, you won’t be able to if you’re not seeing them in the playlist screen, so I’m guessing this is profile related.

Yes selecting Playlists from the pull down on the left I get, 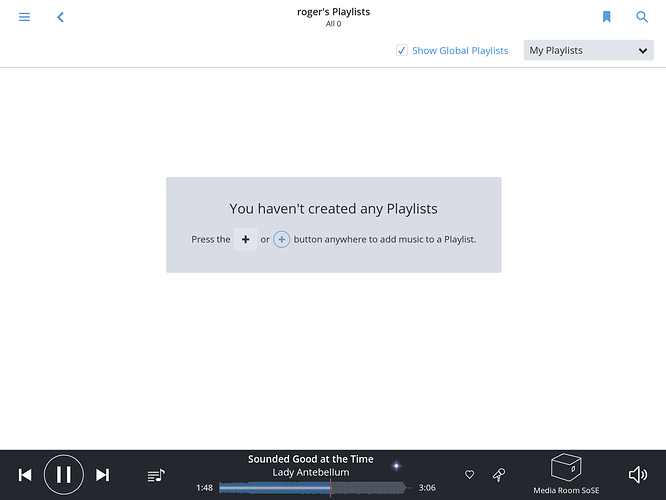 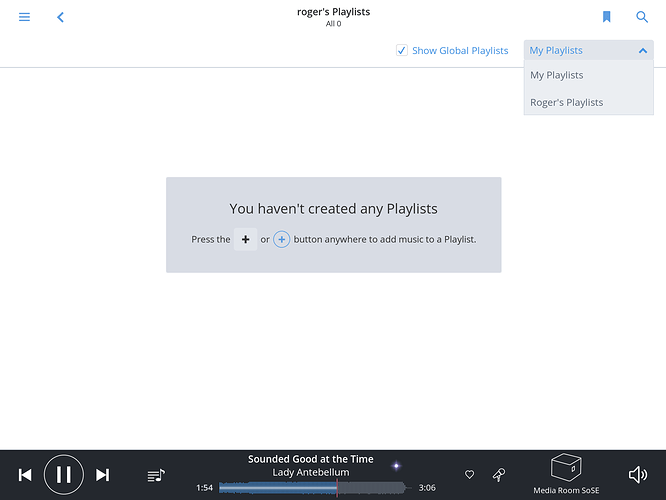 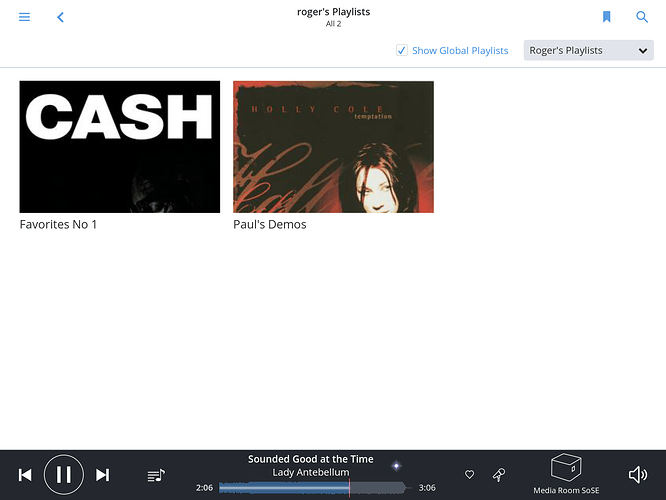 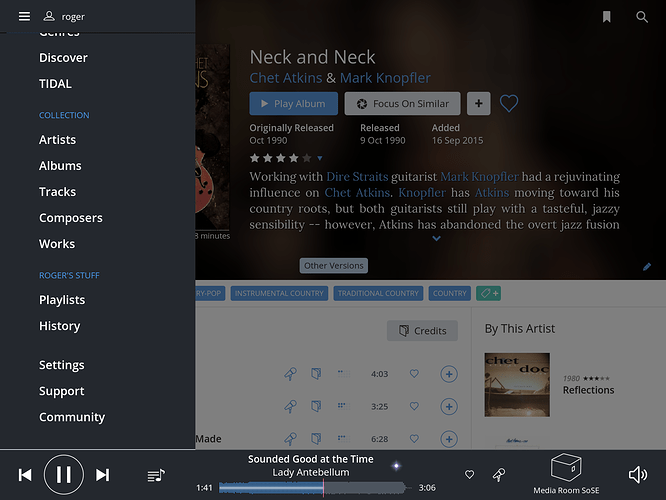 But I can add to Rogers Playlist.

Sorry meant to say I cannot edit Rogers Playlist. And I don’t believe I have two profiles, just Rogers.

Btw we can work on this during the week, I’m sure you all have better things to do on a Sunday.

It definitely looks like you have two profiles. Click on the profile button at the top of the menu to check.