Same my DCS Bartok, Roon on my MacStudio, and Roon ARC.

My Roon server has stopped listing new Albums. They are shown on Emby. Also, the Qobuz New albums are months old.

I restarted roonsever and the albums are still missing. 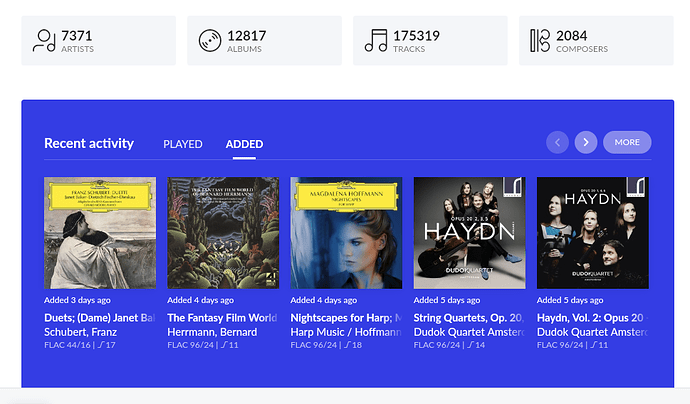 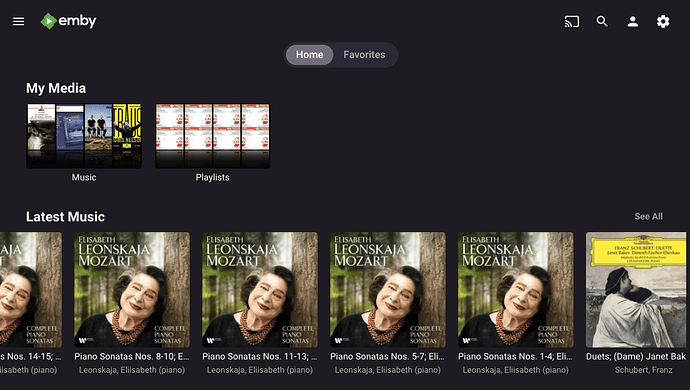 Why isn’t there a rescan button?

How much of your collection is from streaming? How much is your files?

Almost all are my files

What version of Roon are you on shown under settings:about?

As far as I can tell, it is not a problem of Roon or your server: it seems to be a “feature” of Qobuz, because I see exactly the same albums both in Roon and in the Qobuz web player. Today the displayed albums have changed, but the problem persists: the albums are still not sorted by release date.
This problem appeared on the Friday before Christmas. Friday is the day when Qobuz publishes new albums. I think that during the holidays there are very few new releases and Qobuz decided to temporarily change the rules (for example, I noticed that all the albums on the top of the list are Hi-Res).
I hope this is a temporary change, only for the winter holidays, because the “new releases” functionality is unusable in its current form… 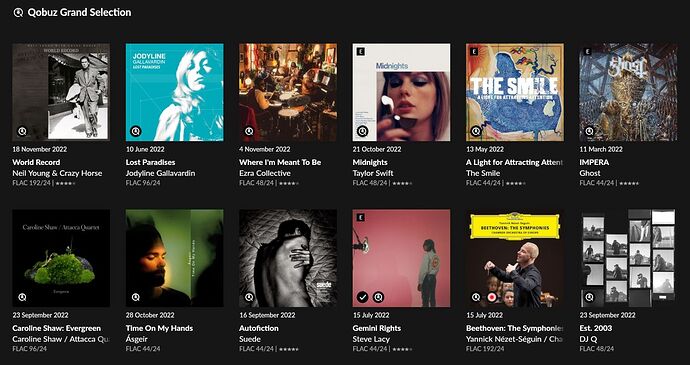 2.0 Build 1182. Something is strange about these ffles of Mozart Piano Sonatas though. They play perfectly in Emby, but not in Squeezeboxserver where it sounds like it is going at 10x speed. But they are not listed in the rejects listing of Roon.