Native output on a Mac (instead of MIDI Mixer)? [solved: use exclusive mode]

Roon works great for me with my new DAC (Oppo Sonica, which is amazing, by the way) when I connect it to a Micro Rendu. But before I tried the Rendu with it, just to check it out, I connected my MacBook Pro directly to it. I set my Sound output to the Sonica DAC, but whatever what file I played, the DAC always got 768kHz PCM, and I didn’t get a purple light. Here’s a few screenshots: 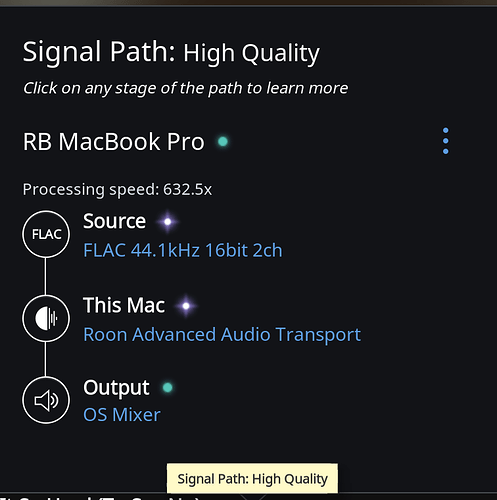 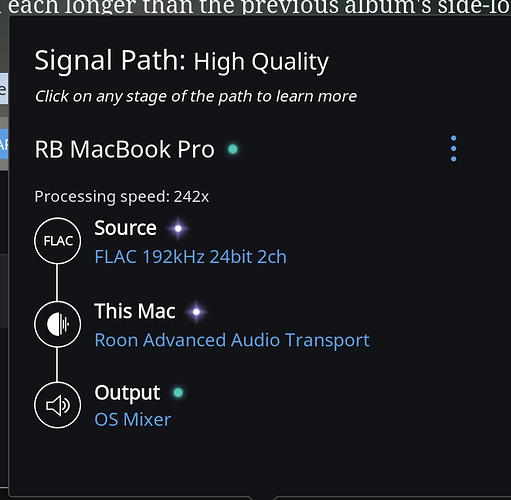 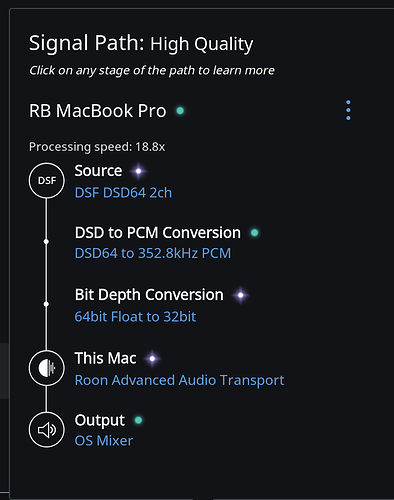 I looked into what the OS Mixer might be and discovered that there was a Utility called Audio MIDI Setup running that was forcing the DAC to run at its highest resolution in PCM. Even though I’m not using the DAC with my laptop, I’m curious as what’s going on and why this is happening. I have a portable DAC and it isn’t impossible that I would use it with my laptop. So is it possible to bypass this MIDI mixer? Is there another solution?

I set my Sound output to the Sonica DAC

Where you not able to select this DAC directly from within Roon’s Settings Audio Devices? 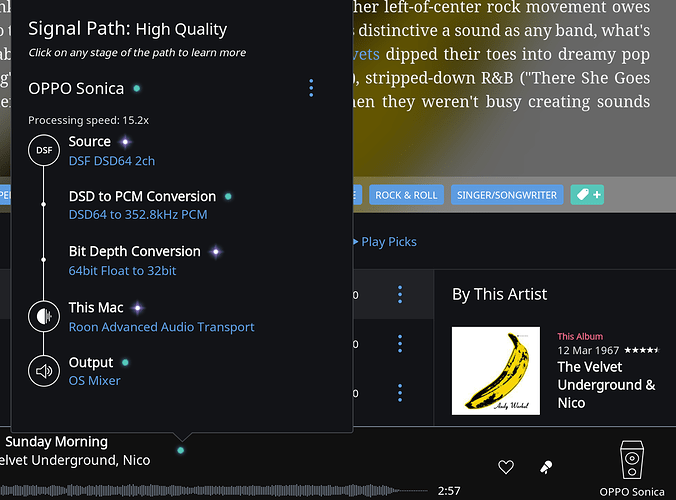 FYI, I asked Apple and they day that Audio Midi Setup is part of Mac OS and all audio on the Mac is routed through it. That doesn’t sound right. But in case anyone isn’t familiar with it, here’s a screenshot. You can see that what it is doing is setting the output resolution. What I want to do is bypass the program or get it to just pass through audio at whatever its native mode is. How do I do this? 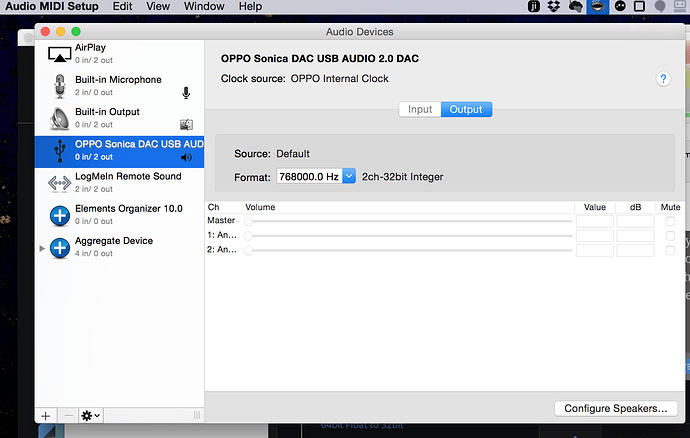 OK, I solved it! Exclusive Mode in Device Playback settings. 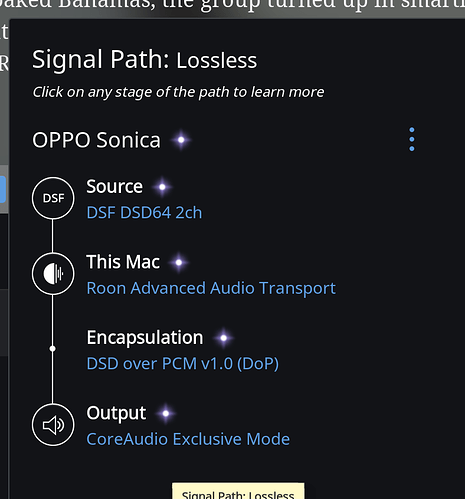 Sorry I should have mentioned Exclusive Mode when I posted earlier … it might have saved you some time.
Glad you’re up and running now.

Late to this, but even with exclusive mode set to on, I’m still getting the green light indicator that OS Mixer is altering the signal from my mini to the DAC. Any thoughts on why.

I see you started a new topic, cool … the discussion can continue there.