But this if they want to sell it as a premium no fuss product needs to be flawless. Nobody should have to tweak their network for it to work. Is it served from just one location? This I feel is the issue and maybe they need to invest in decent CDN’s to help. No idea where in the globe Roons servers are based but I feek its US based and perhaps this does not help us in other parts of the globe,

EDIT:
Found out today Roon is hosted in Google so the below, AWS banter, is irrelevant to Roon. I don’t know enough about Google Cloud to comment about how to distribute back-end across data-centers. Sorry for the fake news

I believe Roon utilizes AWS but I do not know specifically which services / applications within AWS. Very few AWS services are organically “global” and that requires some decent work of the application developer / architect to duplicate their application across multiple AWS datacenters and then workout how to make sure you attached to the closer one. I’m in way over my head here because I have no direct knowledge of the Roon backend so I’m talking very much in generalities. Additionally, I don’t really have the time to reverse engineer it. I assume, as Roon gets bigger and has an expanded customer base across the globe, they will light more datacenters to reduce Core having to talk to servers over long distances.

For reference, today as I write this…
I’m 23ms RTT to my closest AWS datacenter and 294 ms to the furthest away. Roon works fine for me with very limited delay ever. About 99% of the time it’s pretty darn snappy and most of my interaction with Roon is to artists and albums I do not have in my local collection. But, as I just pointed out, I have very low RTT to the AWS datacenters in the US (specifically 23ms a state away and 98ms to the other coast).

Ive not had many issues to be fair, apart from the latest Tidal crap and when they first moved to Cloud with very slow searches, which they solved more or less. Im in the UK, I know Amazon have a big presence here as my current employer has used them for rendering. Maybe its other parts of their network code thats the issue, I dont really know, but its far from being trouble free.

I’m in the UK too and haven’t experienced any of the Tidal issues. In fact if roon goes funny I don’t have to look at roon as I know it’s a symptom of my low end BT wholehome wireless mesh getting it’s proverbials in a twist. Aside from as you say system wide roon issues mine just ploughs along.
I only have Tidal not Qobuz though that did work fine when I had it.
When you set stuff up on AWS,azure etc you can more or less just tick boxes for some geospan service so I’d be very surprised if roon wasn’t spread out with at least North America, emea, APAC.
Roon certainly hammers the local network and murders your DNS look ups as it is unreasonably chatty to a wide range of services on the WAN. As you know well over half of non user created problems are network. Either too much of it with cascades of managed infrastructure or not enough of it, not keeping up with Roon hammering it.

I saw a YT video on a guy trying to build a works but not quite lan cable to test such marginal things and he had great difficulty trying to find something that was in between working fine and not working at all…I guess you can google for the video…the tester he was using might be a candidate. 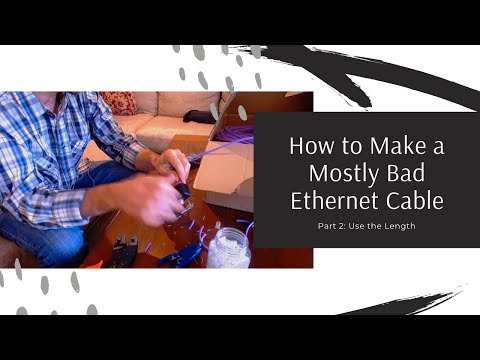 Instead of trying to find faults with a tester - proper ones cost way to much - the safer bet is to simply replace all patch cables and re-terminate all connections. I presume you have less than a few dozen in your home network, at most.

This is what we usually do in the enterprise environment as it’s simply quicker than finding the fault. Of course, sometimes it’s a fault somewhere in a long run or a cable laying over a high-energy interference source…but typically not, it’s simply a termination come ‘loose’.

Decent time-domain reflectometer (TDR) are expensive and still not the end all be all.

I’ve replaced everything, twice at least, but problems, dropped connections persist. From experience, even good good cabling & switches can be out of limits or just plain faulty.

I have 11KV power lines running nearby and am slowly working towards RF radiation issues, possibly due to poor connections in power lines.

I’m try to eliminate everything physical before looking at other areas. It’s by no mean urgent to resolve but can be a right PITA at times.

That’s frustrating. Are you confident your Core is up to snuff? Swap for another switch(es)? The cheap system on a chip (SoC) switches can be a nightmare.

That’s frustrating. Are you confident your Core is up to snuff? Swap for another switch(es)? The cheap system on a chip (SoC) switches can be a nightmare.

Core is I5, 3.2G , 6 core, 8Gb with system on 256Gb SSD/switches are, currently, TPLink (previously Netgear) all unmanaged. Core hardwired to router. Wi-fi is via mesh network with good signal everywhere.
Connection to core, mainly from iPad Pro client, drops frequently then Client struggles to find the core to reconnect even with good signal and careful Wi-fi channel selection.

Not sure if this is what the OP is looking for but PingPlotter is a handy tool. Here is a vid (start at 2:20) does a good job explaining it

Thanks for the “heads-up” I’ll give PP a try

EMCO Ping Monitor is another that is free for 5 hosts. I use it to track my primary DNS forwarder as a gauge of my cable modem node load.

Do you have a local DNS server? I use Pi-hole on a RPi 4b. Solid. Recommended.

I may provide local dns once current issues are resolved

Are you pinging your Core?

It’s possible to never drop imcp but multicast could be dropped by a device and cause delays in the client finding the Core.

I’ve forgotten what Roon uses to discover and find within the subnet, MDNS? some kind of multicast I believe.

Here Danny says: We only use mDNS for Airplay discovery.

We also use multicast for our own discovery protocols (not entirely, but we augment with multicast).

We only use mDNS for Airplay discovery. We also use multicast for our own discovery protocols (not entirely, but we augment with multicast).

Sorry about the delayed response, the day job is getting in the way again.
Pinging the Core is working fine, no dropped packets and averaging 25mSon initial checks but I need to check when the connection to Core drops

25ms is a good long time on a local network. Ok for the first packet if the client needs to ARP but the very next packet should be 2-3ms with the client on wireless. Wired to wired should be sub ms like 0.1ms.

I think that routing:- Client (iPad) to Mesh Node X to Mesh Node Main to Core, introduces delay but I can have a play with that.
Since the removal of the socket fault (first post) the situation has improved drastically, the main irritation now is the iPad dropping connections to the core. Sometimes resuming immediately other times searching for the core for lengthy periods.