Unfortunately, Roon won’t accept new album artwork. I click save after identifying the album but nothing happens. The save alert shows, but the album keeps the old art work.

So, you’re not adding your own artwork, you’re looking at what happens after you use the Identify feature and save?

What are your library settings for cover art in Settings > Library > Import Settings? Can you post a screenshot of what you’re seeing in the album editor for cover art?

Yes, looking at what happens after using the identity feature and save.

But I looked at the settings and it was set to Prefer Best. I switched it to Prefer Roon and was able to change the album art. What happened? Did the 1.3 update change this setting?

At any rate, I’m hoping you can tell me that recovering this data can be done in a batch… it represents hours and hours of work I put into correcting my albums which got deleted. I have many obscure albums in which I had to manually add the album art. I would hate to lose it trying to add the Roon art in a reload. I’d estimate there are probably 1,000 albums that got the one album cover.

Let me know what you think can be done… 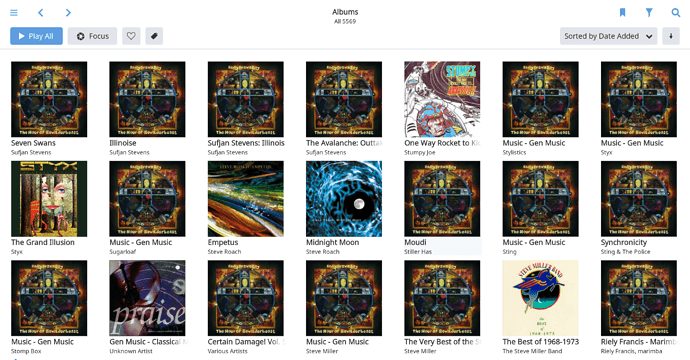 Is there any way to recover the album artwork outside of going in album by album and re-doing them manually?

Hey @jlo – sorry for the slow response here. Can you tell me how your files are stored on disc? Is each album in its own folder?

I’m guessing this image was placed on your hard drive in a way that Roon thinks it’s supposed to be the cover for all of these albums – if we can figure out why your folder structure is implying that, we can probably fix this.[quote=“jlo, post:3, topic:21636”]
it represents hours and hours of work I put into correcting my albums which got deleted.
[/quote]

Can you also tell me exactly how you were editing these files? Were you adding the covers in Roon?

No worries on timing. I’m ungodly busy these days and work on my music library when I can. I’m pretty slow to respond sometimes, too.

Most of my music is stored in folders according to album… but a lot of the rock that I have is just one cut from an album and I have these cuts stored all together in a single folder. The metadata is correct, i.e., the album is correctly named in the metadata of these tracks, but it sounds like the folder is an important indicator of the album.

And about how I was adding the art, I went into “edit” and chose “identify” album. Most of the time the correct album did not come up so I’d write in the album name. If Roon loses the data, it has nothing to go on to recover it right? I’m realizing the best way to fix my data so that Roon can do its thing is to start with foldering and not try to fix it in Roon.

I’d estimate there are probably 1,000 albums that got the one album cover.

I’m guessing you have this cover art saved as a loose jpg or png file in this folder:

I have these cuts stored all together in a single folder.

Can you see if you can find the file? And if you do, try removing it?