New albums not being properly identified

They might be identified but images and other metadata is never downloaded.

There is nothing suggesting that roon is working on the problem
It seems like it’s all done according to roon.

Don’t really know what to do as it usually works without problems.

Recently had the problem where albums were not identified and it got stuck there.

I currently enjoy master albums through roon. TIDAL application is a bit of a mess in comparison.

HI Ulf, just to make sure, you are talking about mqa master albums in Tidal, correct. If so, can you give a couple of examples of the ones you have added and were not identified in Roon. 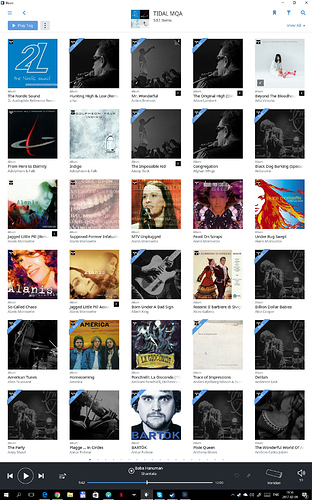 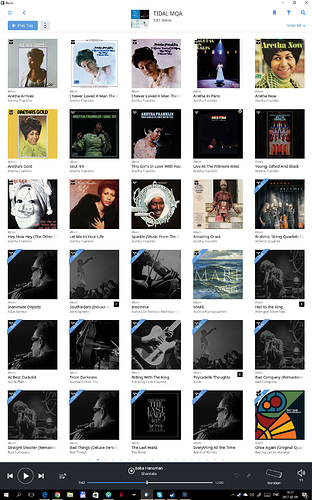 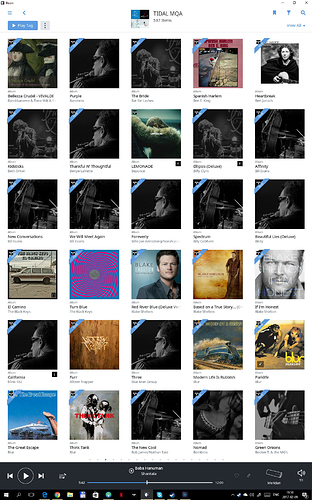 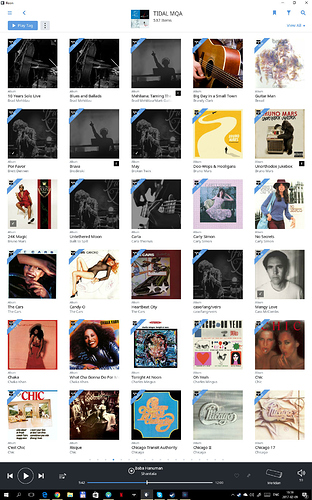 Some of the identified was already identified before adding the last bunch. There are 18 pages in total and this is just the first four. Everything seen is a TIDAL master album.
Didn’t expect the screenshots to become that tiny, hope you can read.

I went into Tidal and favorited Blake Sheldon, Joni Mitchell and the 2L sampler. Started Roon up, and both Blake and Joni had full reviews, the 2L doesn’t have a review but I don’t expect it to actually.

Not sure if it was just a factor of time.
Quite quickly after the screenshot I decided to migrate to roonserver instead of full roon on my machine to see if it helped.

Lost a little bit of tagging but it appears to be back to normal. I have not added any more albums sine so I’m not sure yet.

Moved the core off my mac mini and onto my i7 4ghz (4,4ghz boost) with 16gb ram and it appears solved. Probably should have backed up the DB.