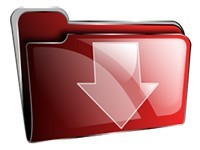 XMOS was not fully USB 2 compliant, leading to timing issues with bit depth changes when using ROCK or some other modern Linux distros.

Owners of Mytek, Audiolab, Wyred for Sound and some other XMOS-equipped DACs have reported noises or loss of sound until they restarted their DAC.
Roon contacted DAC vendors with info on this known XMOS issue.

Did PS Audio remedy this problem?

https://www.xcore.com/viewtopic.php?t=6417
That is a link to the XMOS problem